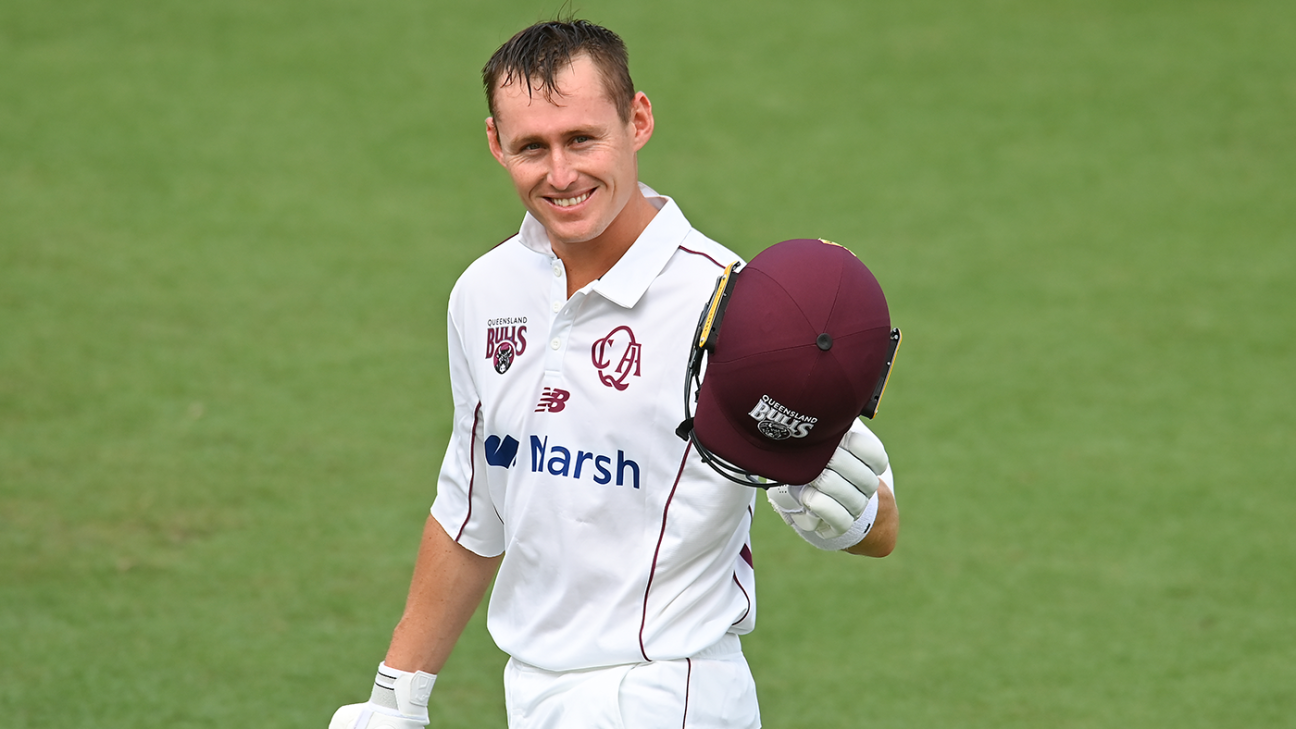 Queensland 4 for 357 (Labuschagne 127, Burns 85, Khawaja 71) lead Tasmania 147 by 210 runs
Marnus Labuschagne appears to have lost little of his batting appetite over the winter after the Test run-machine opened his Sheffield Shield season with a century for Queensland against Tasmania on Friday.
Labuschagne scored 127 in a controlled innings that lifted Queensland to 4 for 357, a hefty 210 runs clear of the visitors’ 147 at the midway point of the match at Allan Border Field in Brisbane.
There were runs also for fellow Test batter Usman Khawaja and former Australian opener Joe Burns.
Only one wicket fell in the opening two sessions as Tasmania’s bowlers found life much harder than it seemed to be on day one for the Queensland attack.
Burns and Labuschagne put on 148 for the second wicket after Queensland resumed at their overnight 1 for 24.

Hallie’s first day of cricket I think she missed the memo about watching.. we’ll get there pic.twitter.com/x5dJZcwPrJ

As always, Labuschagne looked capable of batting all day only to be trapped lbw by former Test stalwart Peter Siddle. After shouldering arms at a Siddle inswinger, Labuschagne bizarrely seemed to be walking off before the umpire had raised his finger to confirm the dismissal. Labuschagne’s 24th first-class century included 19 boundaries and a six.
It was a hard day’s toil for Tasmania’s attack who, though limiting the home side to just 2.5 runs an over during the opening session, created few wicket-taking opportunities.
Former Australian Test skipper Tim Paine collected three catches at the wicket in his return to the game. The third was Queensland’s only failure of the day as Jack Clayton fell for a third-ball duck off the bowling of Riley Meredith.
Tags: Marnus Labuschagne, Queensland, Sheffield Shield, Tasmania, Tasmania vs Queensland, Usman Khawaja