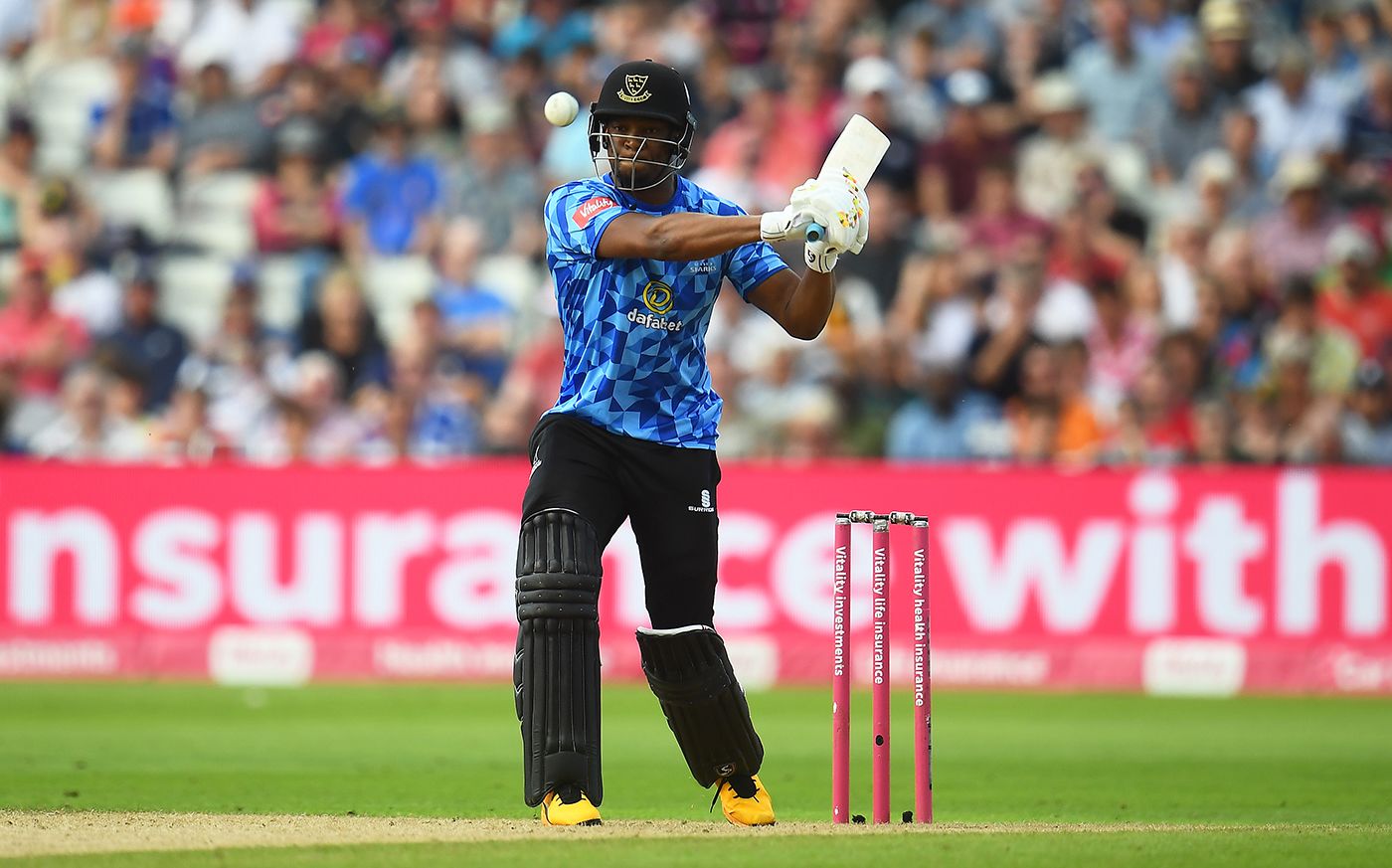 Sussex 334 for 9 (Rawlins 91, Pujara 63, Ibrahim 50, van Meekeren 5-48) beat Gloucestershire 283 (Bracey 87, Gohar 53, Karvelas 3-35, Rawlins 3-50) by 51 runs
A fine all-round display by Delray Rawlins, who followed a thunderous innings of 91 off just 62 balls with figures of 3 for 50, saw Sussex to victory over Gloucestershire by 51 runs in the Royal London One-Day Cup at Hove. In a strong group, in which both these teams had lost their opening game, this was an important result.
Gloucestershire, who chose to bowl first, were set an unlikely target of 335. But on a true pitch with a fast outfield, they got closer than the eventual margin of victory would suggest.
When captain Jack Taylor was fifth out at 146 in the 23rd over Gloucestershire’s slightly top-heavy batting side looked out of contention. But then a stand of 91 in 12 overs between James Bracey (87) and Zafar Gohar (53) gave them the platform for an improbable victory. Then Ari Karvelas returned to the attack and immediately had the battling Bracey caught at deep backward square-leg. But even when Gohar was seventh out at 261 Gloucestershire kept fighting and kept the run-rate just within reach.
They wanted 86 off 13, 77 off 12 and 70 off the last ten overs before Rawlins, with the last delivery of his spell, had Josh Shaw ninth out, lbw, and Ollie Robinson finished the game when he had Tom Price caught behind for 25.
Related
The Sussex innings was dominated by Rawlins and two more artful half-centuries by Cheteshwar Pujara (63) and Danial Ibrahim (50). Both Rawlins and Ibraham, who added 104 for the sixth wicket in ten overs, achieved their best score in List A cricket.
Earlier in their innings, Sussex must have been concerned by the number of batters who had got in and then got out before making a telling contribution. Harrison Ward (37) and Ali Orr (35) gave their side some early impetus with a stand of 58 in eight overs. Ward, in particular, looked in prime form as he scored 14 off three deliveries, driving Price for four and six before pulling him for another four.
But then they got out, and with Tom Clark falling cheaply – to a fine leaping, left-handed catch at mid-off by Taylor – it was left to Pujara and Tom Alsop to restructure the innings.
They put on 70 in 12 overs, but just as Alsop looked ready to cut loose he played on to the very impressive Dutch fast bowler Paul van Meekeren for a 35-ball 35. Sussex captain Pujara scored just two fours in his fifty but, with deft placement, he reached the landmark off only 57 balls. He too looked in the mood to accelerate and hit two more fours but was then stumped advancing down the wicket to Tom Smith.
By now, though, Rawlins was striking the ball cleanly. He had been dropped off Smith when 18 – a sitter to long-on – but a lofted straight drive for six off Smith showed he was in the mood. There were four more sixes and seven fours and by the time he was eighth out at 330 this richly-talented but often frustrating cricketer had played an innings of true value.
He was well supported by 17-year-old Ibrahim, who was dropped on 9 and 29 – off Shaw on both occasions – on a difficult day in the field for Gloucestershire.
Tags: Delray Rawlins, Gloucestershire, James Bracey, Paul van Meekeren, Royal London One-Day Cup, Sussex, Sussex vs Gloucs, Zafar Gohar