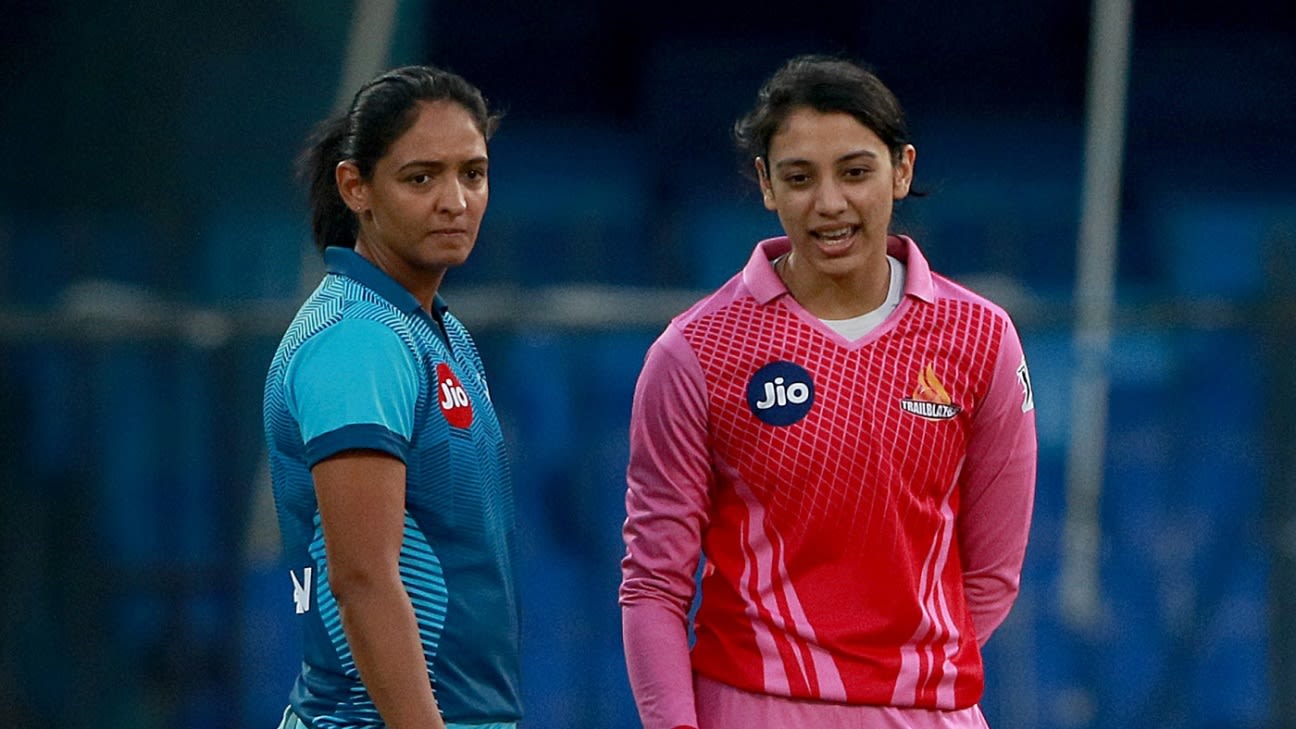 The BCCI has earmarked a window in March 2023 for the inaugural women’s IPL, and the process to get the show on the road is underway.
The BCCI has already tweaked its women’s domestic calendar to accommodate the women’s IPL. The women’s season that generally stretches from November to April has been advanced by a month. The senior women’s season for 2022-23 will now begin on October 11 with the T20 competition, and end in February next year with the inter-zonal one-day competition.
Related
Since 2018, the BCCI has been running the Women’s T20 Challenge, except in 2021 when it was cancelled due to the pandemic. Played as a one-off exhibition match between two teams in the first season, it has become a three-team competition, with many prominent overseas players joining in. But the clamour to have a bigger competition, along the lines of the men’s IPL, has been growing for a while.
In February this year, BCCI president Sourav Ganguly had said that the women’s IPL would be held in 2023.
“We are at the level of formulation to have a full-fledged WIPL. It is certainly going to happen,” he had said. “I strongly believe that next year i.e. 2023 will be a very good time to start a full-fledged women’s IPL which will be as big and grand a success as men’s IPL.”
Then, in May, BCCI secretary Jay Shah had hinted, while speaking to PTI, at a five- or six-team tournament, adding, “I am thrilled at the kind of response we have got from stakeholders. Multiple existing IPL teams have enquired and expressed serious interest in owning WIPL franchises.”
Rajasthan Royals, who also now own a CPL franchise in Barbados, have publicly expressed an interest in owning a women’s IPL team. The Mumbai Indians and Kolkata Knight Riders also appear keen to get involved.
In addition to their ownership of men’s teams in the CPL, Knight Riders and Royals have also acquired the rights to own a women’s franchise for Trinbago Knight Riders and Barbados Royals respectively – for the inaugural three-team women’s CPL, which is slated to run alongside the men’s tournament.
India have done well in global events in the last few years, the runners-up finish at CWG 2022 the latest of them•Getty Images
While there are murmurs of the existing IPL franchises being offered the first right of refusal when it comes to buying teams, they are yet to hear officially from the board.
The BCCI is expected to discuss matters relating to the women’s IPL at their annual general meeting in September. Much of the planning around the tournament will be around the sale of media rights.
Enthusiasm for women’s cricket in India, and by extension the women’s IPL, are at an unprecedented high following the sequence of good performances by the Indian team in global events in recent years, the latest of which was the silver-medal finish at the Commonwealth Games in Birmingham.
A number of senior players, including Harmanpreet Kaur and Smriti Mandhana, the current captain and vice-captain, have been vocal in their support for the league. Late last month, former India captain Mithali Raj, too, stoked support when she expressed a desire to come out of retirement to play in the tournament.
“I’m keeping that option open,” she said, while speaking on the ICC’s 100% Cricket podcast. “I’ve not yet decided. There are a few more months to go before the Women’s IPL happens. It would be lovely to be part of the first edition of the Women’s IPL.”
Tags: India, India Women