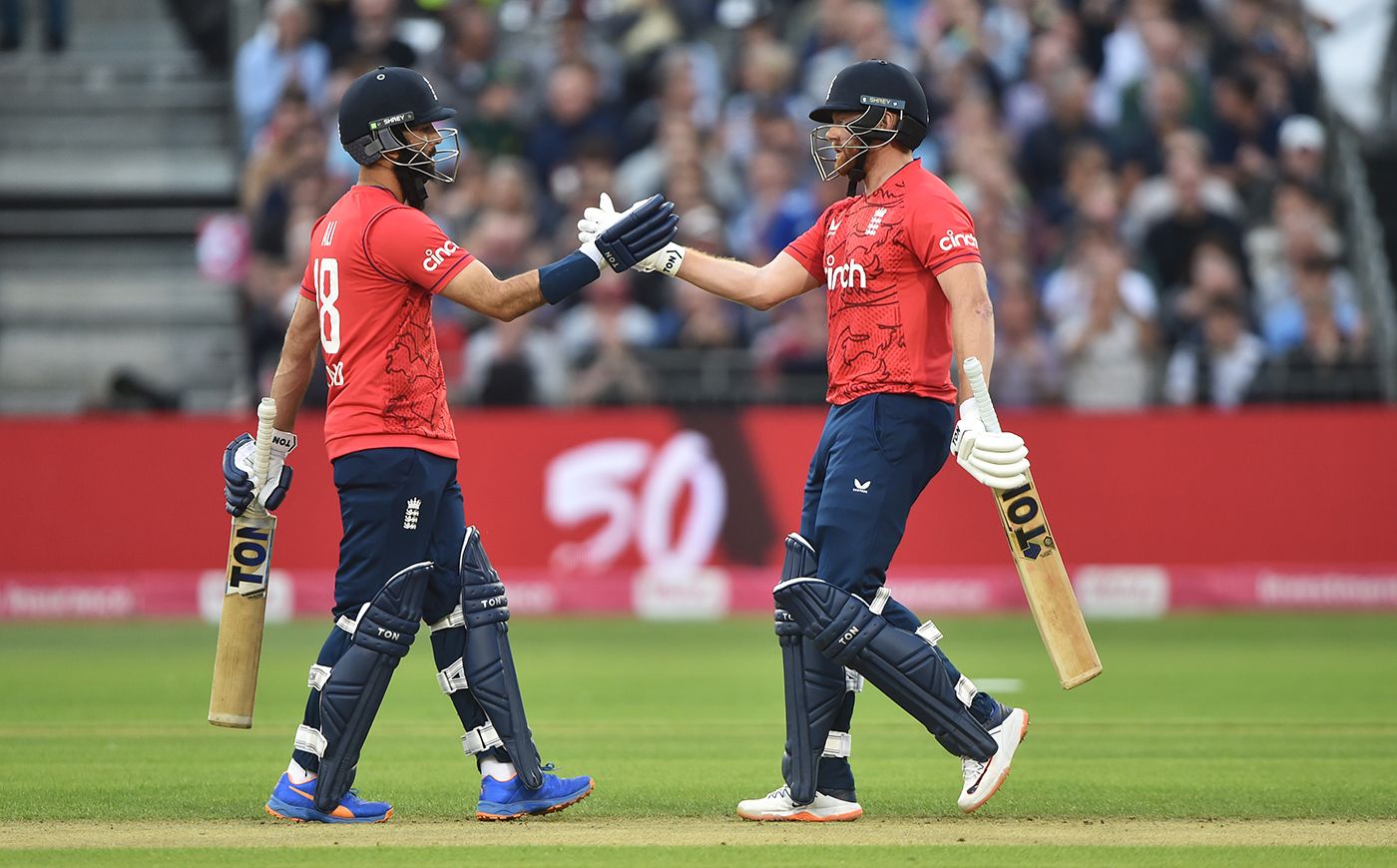 And just like that, England’s home white-ball summer is at its end.
Twelve matches in 24 days may have been a treat for the fans but it proved tough on players and brought about one major casualty. Ben Stokes retired from ODIs after the first match against South Africa and was rested for the T20I series. In his absence, he was never more present as debates about the crowded cricket calendar raged on, all while the ICC met to outline the next Future Tours Programme.
While the bigger-picture issues will continue to feature in conversation, England have also found themselves answering questions about how smoothly their transition to a new white-ball era is going. White-ball coach Matthew Mott and captain Jos Buttler are yet to win a limited-overs trophy at home and will want to finish the summer with a series victory after a few inconsistent results.
Related
England have looked both good and bad. After beating both India and South Africa by margins of 100 runs or more in an ODI, they lost the first and second T20Is to India by 49 and 50 runs respectively and the second T20I to South Africa by 58 runs. Likewise, South Africa have also swung wildly, from their highest ODI score against England to their joint-lowest. That points to either teams who are challenging each other in all the right ways or teams who are trying to figure things out. There’s time to tinker with ODI combinations but the T20I World Cup is less than three months away and there’s a need to get things right.
The hosts have questions over Jason Roy’s form and their best combination of seam-bowlers. They will also be looking at ways to get one of Phil Salt or Harry Brook into the middle order. South Africa, on the other hand, will be thrilled with the way their new-look top order is performing. But they will be aware that it could create a selection headache in the near future. They already can’t fit Aiden Markram and Rassie van der Dussen into the playing XI and that will only get more complicated when regular captain Temba Bavuma recovers from the elbow injury that has kept him out of the tour. They seem to have settled on a three-seam, two-spin combination and have allrounders on the bench in Dwaine Pretorius and Wayne Parnell, whom they don’t have room for. These are not particularly bad problems to have, but both teams will want to start finding solutions soon.

Moeen Ali is already having his best year with the bat in T20Is. In ten innings this year, Moeen has scored 259 runs at 25.90 and a strike rate of 171.52. He has batted at No. 4 or No. 5 seven times and posted fifty-plus scores twice while striking at 172.47. Given Roy’s recent dip in form – he has one fifty in his last 13 innings – and without Stokes in the squad, Moeen has ensured there’s someone on hand to provide the middle-order fireworks. Oh, and don’t forget, he is handy with the ball too.
Tabraiz Shamsi took three wickets in the second T20I after going wicketless in the first•Getty Images
Tabraiz Shamsi drew level with Imran Tahir on 61 T20I wickets in the last match and is four away from becoming South Africa’s leading wicket-taker in the format and appears to have rediscovered his form. After taking only one wicket in three matches in India and conceding 49 runs in three overs at Bristol, he returned to take 3 for 27 in Cardiff in a much more controlled performance. Shamsi seemed spooked by the way England targeted him in the first T20I but held back his lengths to lure their attacking batters forward in the second. After initially seeing himself purely as a wicket-taker and then moving towards holding an end, Shamsi now appears to be finding the balance.

England stuck to the same XI in the back-to-back matches earlier in the week and may want to keep faith in them in the final white-ball match of the summer. But, in the interests of rotating the quicks, David Willey could replace Richard Gleeson, who has been expensive in both matches so far, and they may consider making room for Phil Salt.
England (probable): 1 Jason Roy, 2 Jos Buttler (capt & wk), 3 Dawid Malan, 4 Moeen Ali, 5 Jonny Bairstow, 6 Liam Livingstone, 7 Sam Curran, 8 Chris Jordan, 9 Adil Rashid, 10 Richard Gleeson/David Willey, 11 Reece Topley
While South Africa might want to bring back Aiden Markram, with a bottleneck of top-order batters in the squad and all the three in the team doing well, Markram may have to wait for the Ireland series to get a run. Similarly, Dwaine Pretorius and Wayne Parnell could find themselves carrying drinks while Andile Phehlukwayo is given the opportunity to close out the series. Shamsi stormed back to form in Bristol and should keep his place ahead of a third specialist seamer which could leave South Africa with a choice between Kagiso Rabada and Anrich Nortje.
South Africa (probable): 1 Quinton de Kock (wk), 2 Reeza Hendricks, 3 Rilee Rossouw, 4 Heinrich Klaasen, 5 Tristan Stubbs, 6 David Miller (capt), 7 Andile Phehlukwayo, 8 Kagiso Rabada/Anrich Nortje, 9 Keshav Maharaj, 10 Lungi Ngidi, 11 Tabraiz Shamsi

There were four men’s Hundred matches played at this ground last year, with an average first innings score of 139 but we can expect a few more than that. India posted 198 for 8 in their T20I against England last month. There’s some overnight rain expected in Southampton but the chances of downpours are down to around 30% by the time the match starts and lessens as the day goes on.

“You want to win every series you play. We haven’t won one yet this summer and that’s something we’re not accustomed to as a group, but this is the start of a new cycle as a team. We’re still working ourselves out and gelling and we need to do that quickly. Winning a series would be great for that.”
Jos Buttler emphasises the importance of adding a trophy to England’s cabinet
“We were disappointed after the first game. The chat was to try and bounce back, which we managed to do. We are quietly confident. We back ourselves to go in there and put in another good performance. It’s set up to a really good game. To get a series win in England would be a good achievement.”
A series win is just as important to South Africa as Reeza Hendricks explains
Tags: England, England vs South Africa, South Africa, South Africa in England