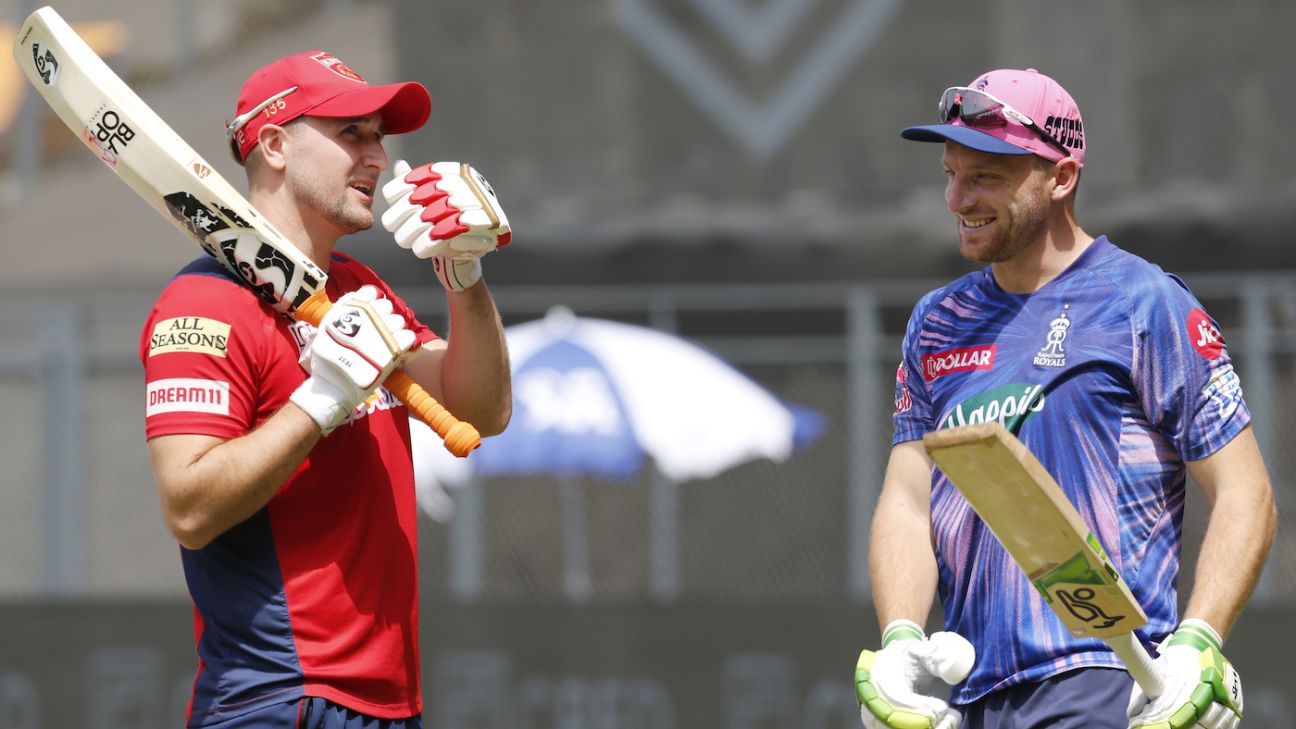 Jos Buttler, Liam Livingstone, Moeen Ali and Jason Holder have signed up to play South Africa’s new T20 league, which is to launch in January and is offering player salaries up to USD 300,000. The league, headed by former South Africa captain Graeme Smith, will be played by six franchises who will each have a purse of $2 million for player acquisition.
Though dates have not been finalised, the league is likely to start on January 11 next year with the final on February 12. That schedule could change slightly, but it still means South Africa’s T20 league will run almost concurrently with the UAE-based International League T20 (ILT20), which is due to take place between January 6 and February 12.
The clash between the two leagues, which also overlap with Australia’s BBL and Bangladesh’s BPL, means the availability of T20 cricketers in January will be at an absolute premium, a demand for their services that cricket will never have seen before. Livingstone, for example, is also one of the headline names in the BBL’s overseas draft and it seems more unlikely than ever that he will play the whole season in Australia.
Related
The biggest worry for the franchises in the CSA league and the ILT20, both dominated by IPL owners, was securing a strong roster of overseas players. The ILT20 has upped the ante by offering the very top players potentially up to USD 450,000 – which would make it the second-highest paying league in the world after the IPL.
CSA is comforted by the fact that it has a wider pool of top-tier local South African talent, which will form the backbone of that league. The ILT20 is a more global tournament with each team having 12 overseas players out of 18. CSA’s league will have 10 South African players in each 17-man squad and the remaining seven from overseas.
South Africa’s league will follow the IPL model in its composition of the playing XI: seven local players and a maximum of four overseas players. Unlike the South African national teams and domestic sides, the league will not place transformation targets on franchises.
While franchises will form squads by buying players at an auction, they will also be able to directly pick from a set of names signed by CSA. It is understood that some, if not all, of these players have been guaranteed a minimum sum of $300,000. Whether or not that will be the highest salary cap for a player is not yet clear.
The details of how franchises acquire players from this select group is not known, but those with IPL contracts are likely to play for corresponding franchises in the South African league. There is also a possibility of each franchise being allowed to acquire one marquee South Africa player directly, outside the auction.
Franchises can also sign a player on their own if his name does not feature in the registered auction pool, subject to there being only one name signed up from that particular country.
The league is co-owned by CSA, SuperSport and former IPL chief operating officer Sundar Raman who, along with Smith, was responsible for IPL franchises buying teams in this league. The owners of Mumbai Indians bought the Cape Town team; the Lucknow Super Giants owners got the Durban franchise; the Gqeberha [formerly Port Elizabeth] team went to the owners of Sunrisers Hyderabad; the owners of Rajasthan Royals bought the team based in Paarl; JSW Sports, the co-owners of Delhi Capitals, bought the Pretoria side; and Chennai Super Kings Cricket Limited picked up the Johannesburg franchise.
It is believed that franchises have been guaranteed $1 million in revenues annually from the league. There has not been any official announcement yet from CSA’s league on auction dates and other details including salary caps and wage slabs.
Tags: Jason Holder, Jos Buttler, Liam Livingstone, Moeen Ali, SA20, South Africa