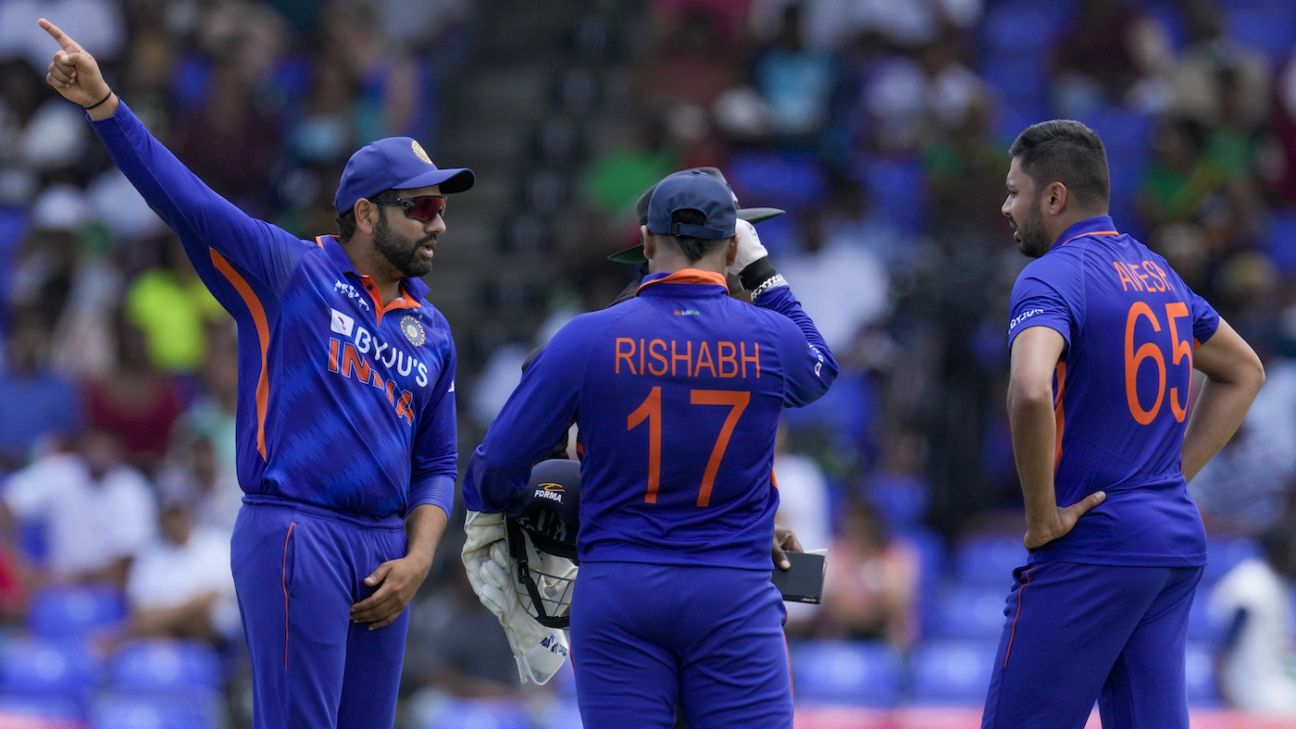 India captain Rohit Sharma retired hurt on 11 after suffering a back spasm in their chase of 165 in the third T20I against West Indies in Basseterre. According to an update from the BCCI, their medical team is “monitoring his progress”.
Rohit felt some discomfort after he advanced at fast bowler Alzarri Joseph in the second over, and dragged a four to the fine-leg boundary via a bottom edge. After a brief on-field discussion with the physio Kamlesh Jain, he left the field holding his back.
Related
Rohit hoped to be ready for the fourth T20I, which will be played in Lauderhill on Saturday. The fifth – and final – T20I will also be held at the same venue, on Sunday.
“It [my body] is okay at the moment,” Rohit said after India secured a 2-1 series lead. “We’ve got a few days in between [now and] the next game, so hopefully [I] should be okay.”
India were already depleted by the absence of allrounder Harshal Patel, who had been sidelined from the second and third T20Is in Basseterre with a rib injury. On Tuesday, the visitors also rested Ravindra Jadeja, who had just worked his way back from a knee injury, and handed a game to Deepak Hooda.
Rohit, too, had been rested for the ODI leg of the West Indies tour. Prior to that, he had missed the rescheduled fifth Test against England at Edgbaston in July after testing positive for Covid-19 during the four-day warm-up game against Leicestershire.
This story was updated with Rohit Sharma’s quotes after India won the third T20I against West Indies.
Tags: India, India in West Indies, Rohit Sharma, West Indies vs India