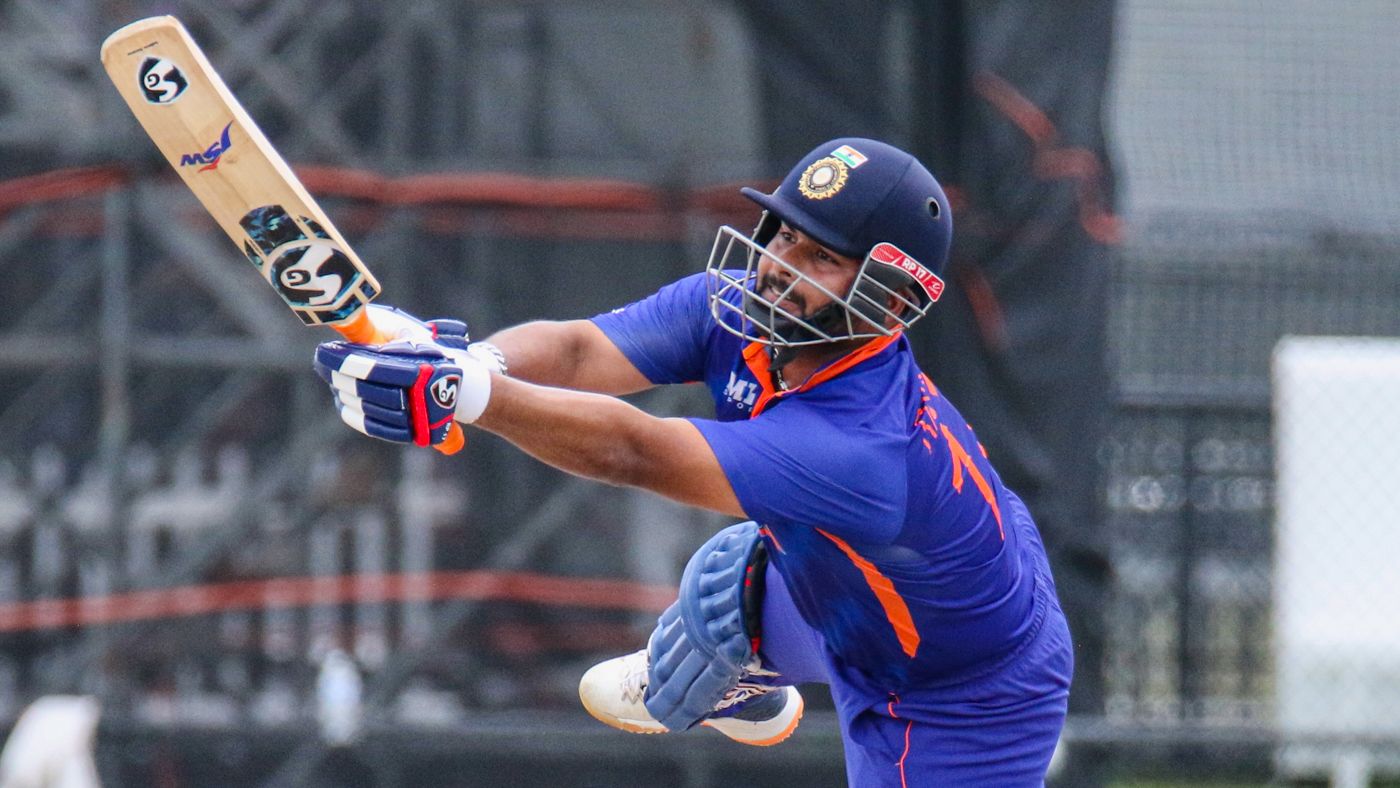 India maintained their unbeaten series record against West Indies since 2016 by taking an unassailable 3-1 lead in the five-T20I series. Their attacking style of batting helped them post 191 even though they tapered off in the second half of their innings, and their bowlers used cutters well to stifle West Indies’ batting.
This was India’s highest T20I total when none of their batters have scored a fifty. Only one of their seven batters failed to get to double figures, which was just as well because they had Axar Patel batting at No. 7, and he gave India the finishing kick with an unbeaten 20 off eight balls after a middle-overs slowdown.
India’s over-stated problems against left-arm seam took a back seat as Obed McCoy returned the most expensive analysis – 2 for 66, including six sixes off his bowling – for a West Indies bowler two matches after he returned the best figures by a West Indies bowler. Avesh Khan experienced a turnaround in the opposite direction with two wickets in the powerplay for just nine runs in two overs, following which West Indies never really recovered even though Nicholas Pooran and Rovman Powell threatened briefly.
Rohit, Suryakumar hit the ground running
Either the India openers quickly surmised that they needed to score their runs while the ball was new or they felt this pitch needed a huge score, because they didn’t hold back at all. Rohit Sharma was the first aggressor, hitting a couple of boundaries in the first two overs, before he and Suryakumar Yadav welcomed McCoy mercilessly. Rohit eased him for sixes over long-on and long-off, and Suryakumar displayed great flair, whipping and uppercutting him for a six and a four. India’s fifty came up in the fifth over.
Suryakumar Yadav played a number of innovative shots as always•AFP/Getty Images
Hosein, Joseph pull things back
Akeal Hosein and Alzarri Joseph bowled the two tough final overs of the powerplay, bringing West Indies back into the contest. Hosein pulled back his length after being slogged for a six to bowl Rohit, and Joseph trapped Suryakumar lbw as he tried to open up the leg side once too often.
Once the field spread, West Indies began to bowl cutters into the pitch and the boundaries dried up. Given the conditions, Rishabh Pant, batting at No. 4, played a superb hand of 44 off 31 in the most difficult phase of the innings. At the other end, Deepak Hooda managed 21 off 19 balls, while Sanju Samson scored 30 off 23. And once West Indies got Dinesh Karthik for just 6, they would have hoped to restrict India considerably.
Axar gives India the big finish
A six over long-off, another over long-on – both off McCoy in the 19th over – and then a four off the last ball of the innings, and Axar, playing his first match of the series, brought India 27 runs in the final two overs after the previous three had produced just 18.
Avesh owns the powerplay
Going for over 14 an over in the series, and playing possibly only because Harshal Patel is injured, it is fair to assume Avesh was under the scanner in this match. He started after Bhuvneshwar Kumar had been taken for 14 in the first over, and used the legcutter well to get rid of Brandon King with a return catch, and the promoted Devon Thomas off a skier to mid-off. West Indies now needed a special innings from someone in the middle order.
The Pooran and Powell threat
Rohit made the surprising call of calling the left-arm spinner Axar on to bowl the fifth over, a difficult over to bowl, with two left-hand batters in the middle. Pooran was ruthless, hitting three sixes and a four, but the over ended in anti-climax with a run-out as Kyle Mayers sent him back after setting off for a quick single.
This was not the end of Axar’s luck for the day. In his third over – the ninth of the innings – Powell took a shine to him, hitting him for two sixes down the ground, but he chipped the easiest of the deliveries, a full-toss, straight down the throat of long-on. West Indies were now 82 for 5 in nine overs.
India closed out the game efficiently, the highlight being Arshdeep Singh bowling in the middle overs for the first time in T20Is and taking out the threatening Jason Holder to make sure there was no way back for West Indies.
Tags: Avesh Khan, Axar Patel, India, India in West Indies, India vs West Indies, West Indies