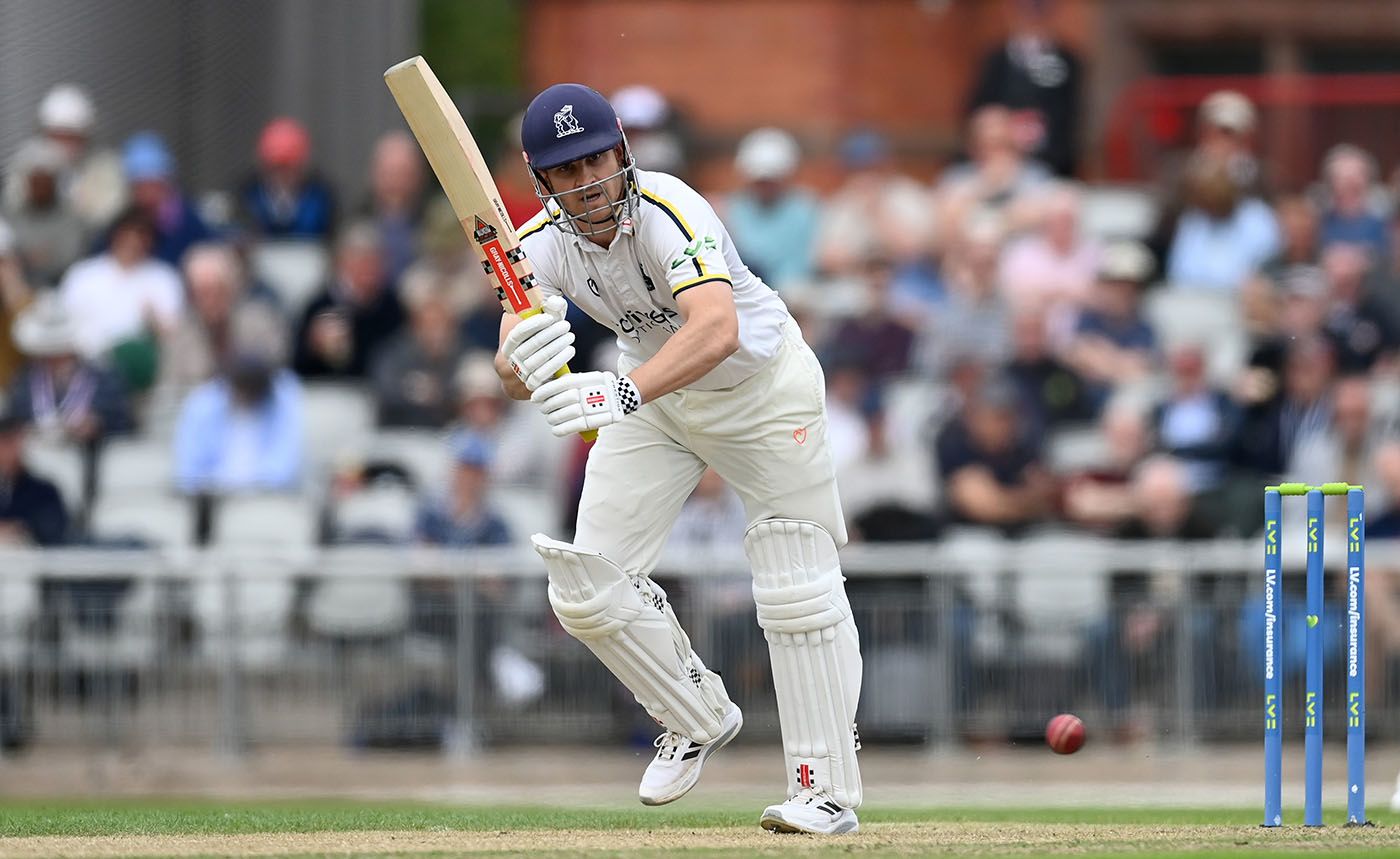 Warwickshire 253 and 270 for 4 (Hain 87*, Rhodes 72*) lead Surrey 316 (Pope 65) by 207 runs
Sam Hain’s assured 87 not out and his superb unbroken stand of 127 with Will Rhodes enabled Warwickshire to fight back strongly on day three to reach a second innings 270 for 4 against Surrey at the Kia Oval.
Warwickshire captain Rhodes was unbeaten on 72 when bad light ended proceedings seven overs early and, with Alex Davies also contributing a gritty 49, LV= Insurance County Championship leaders Surrey go into the final day 207 runs behind and suddenly with their unbeaten Division One record under possible threat.
Surrey were badly handicapped, however, by an injury to England Test fast bowler Jamie Overton, who had to be helped from the field early in the morning session after sending down just five balls. He did not return.
Overton hurt his left foot in the delivery stride as he was about to send down the last ball of his first over, with Warwickshire struggling at 32 for 2 after losing both Dom Sibley and nightwatchman Danny Briggs in the fifth and sixth overs of the day.
Hain has so far batted for four hours, facing 187 balls and hitting nine fours, and is in sight of a fourth hundred of a prolific season which has now brought him 945 runs at an average of almost 79. He always looked in control, accumulating solidly but, at one stage, cutting Will Jacks’ offspin away for four and then skipping down the pitch to the next ball to loft it straight for another boundary.
Rhodes, more aggressive in his approach from the moment he reached the crease, has hit 10 fours from only 105 balls and the fifth wicket pair have taken Warwickshire from being only 80 runs ahead with four wickets down into a position where they might be able to declare and put Surrey under fourth innings pressure.
Warwickshire had resumed on 1 without loss in their second innings, an overall deficit of 63, and they looked to be in deep trouble when Sibley was bowled by Kemar Roach for 6, shouldering arms to a ball that swung back into him, and Briggs quickly followed for 1 when he pulled at Jordan Clark and under-edged to keeper Ben Foakes.
Chris Benjamin then thick-edged a cut at Clark through Ryan Patel’s upstretched fingers at third slip for four, and batting looked a tricky business in the day’s opening session and under cloudy skies.
Six minutes before lunch, indeed, Benjamin’s promising 76-ball 38 was ended by a fine catch by Foakes from an inside edge as he propped defensively forward to one from Jacks that turned sharply.
Davies, on 23 at the interval, added 75 with Hain in increasingly confident manner as Surrey clearly missed Overton’s pace in the middle overs of the innings.
Jacks, though, produced another excellent piece of bowling to give them a much-needed boost, with an arm ball luring Davies forward and allowing Foakes to pull off a smart stumping as the batter over-balanced as he played and missed. Davies had battled through 137 balls, in more than three hours at the crease.
The post-tea session was dominated by Hain and Rhodes, however, as Surrey took the second new ball to no avail at 227 for 4. Warwickshire’s 200-run lead arrived when Hain punched Clark off the back foot to the square cover ropes to underline the transformation in the game’s fortunes.
Tags: County Championship Division One, Jamie Overton, Sam Hain, Surrey, Warwickshire, Warwickshire vs Surrey