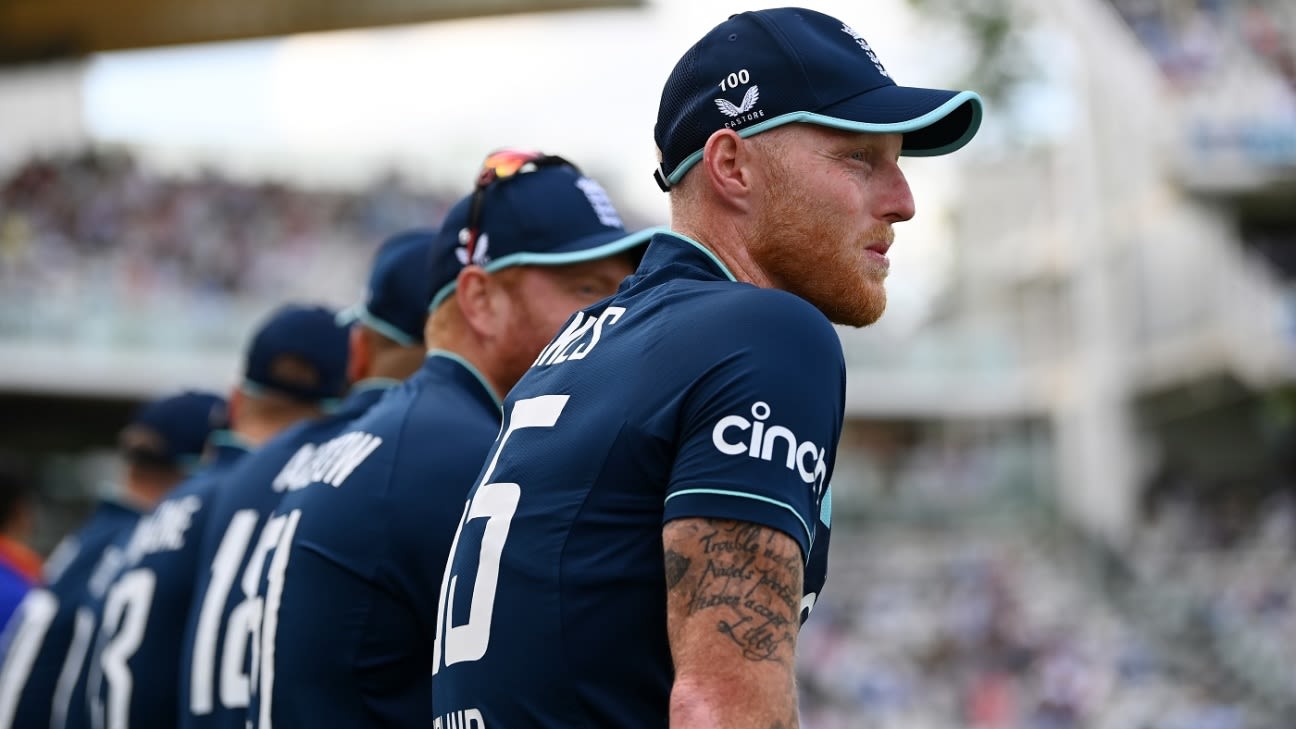 In many ways, the Ben Stokes farewell ODI at Durham will be a welcome distraction for England.
Two series defeats to India, both 2-1, the last of which, in the 50-over format, was confirmed on Sunday in a comprehensive five-wicket defeat at Emirates Old Trafford, has made life after Eoin Morgan seem a little tougher sooner than most anticipated. And unfortunately for the ones who had to take the team on after their skipper’s departure, the pressure on them has ramped up over the last fortnight.
That’s not to say captain Jos Buttler and head coach Matthew Mott are in any real danger of being cast aside. The reason they are in their roles was for continuity for the defending ODI champions and, what we know of this new era under managing director Rob Key, is everyone will get the opportunity to work things out.
Nevertheless, a swansong for the team’s talismanic allrounder is exactly the kind of headline grabber that England need for a bit of breathing room. Not to mention playing in front of a Chester-le-Street crowd that will be focussed more on saying goodbye to one of their own rather than a loss of clarity for the hosts in a format of the game they used to nail in their sleep.
Even with ball having more of a say than bat in the last week of ODIs with India, it was damning that no England player scored more than 100 runs across three innings and that there was just one half-centurion in Buttler. And it is far from ideal that the stand-out for the hosts, Reece Topley, will miss Tuesday’s game on account of workload management. The left-arm quick and his nine wickets, almost all big names, were the only bit of cutting edge England showcased and the hope will be Matthew Potts can offer the same on debut. The return of legspinner Adil Rashid, after taking time off for Hajj, will give some much needed teeth to the attack in the middle overs.
As far as South Africa are concerned, they seem in a more stable place, even if they are coming off the back of a series defeat to Bangladesh in March, and a tied T20I series with India last month. A shellacking at the hands of the England Lions side in Taunton was followed by a reverse in Worcester in a pair of warm-up matches that were more about getting rid of any ring rust than anything else.
There are many players in South Africa’s ranks who are trying to establish themselves at international level, but they will be supported by two experienced campaigners in Quinton de Kock and Rassie van der Dussen, who have averaged 65 and 73 in ODIs since the start of 2021 (the second and third highest among those who have 500 runs or more). And quicks such as Lungi Ngidi and Anrich Nortje will continue testing an England line-up who have yet to find an appropriate method for this season’s edition of the white Kookaburra ball.
To judge by the scenes at training in Chester-le-Street, the South Africans have a great deal of focus and, crucially, energy which will hold them in good stead against an England side that looks particularly weary and are coming straight into this fixture with just a single travel-day off. That Stokes cited an inability to carry on in all three formats in his farewell statement is worth heeding with as we go into the first of six white-ball games in the space of 12 days.

The idea of picking a player with just 10 List A matches to his name and expecting him to have a big impact for the national team would usually be foolhardy. But off the back of four Tests, against New Zealand and India, in which he hurried batters throughout long spells without losing enthusiasm, you can see why Matthew Potts may be regarded as a shot in the arm for a fatigued group. There isn’t much to extrapolate from Potts’ 18 dismissals at 26.72 with the red ball beyond a desire to seize the big moments and make each delivery count. And maybe those are good enough reasons to pick someone who has played just one 50-over game since the start of 2021. Nevertheless, the Durham local’s ability to do significant work with the older ball means this could be the start of a fruitful career as a Liam Plunkett-a-like.
To call Janneman Malan an old fashioned one-day opener is perhaps doing the 26-year-old a disservice. But with a strike rate of 87 and an average of one six an innings, he is one of the more watchful in the modern era. Yet no one can argue with his output so far, in a career that is only two years and 17 caps old and has already featured three ODI centuries and as many fifties. Given how relatively tough batting has been this summer, Malan’s stickability could pay dividends provided he can out-last any early movement. An average of 59 suggests there’s every chance the reigning ICC Emerging Player of the Year finishes the three ODIs having picked up the 172 runs he needs to make it to 1000 in the format.

Matthew Mott basically confirmed Potts would debut when praising the energy and fresh legs he brought to the group over the last couple of days. That looks to be a straight swap for Reece Topley, while Adil Rashid is likely to come in for Brydon Carse, who has been ineffective so far, despite his valiant efforts in the middle overs.
England (probable): 1 Jason Roy, 2 Jonny Bairstow, 3 Joe Root, 4 Ben Stokes, 5 Jos Buttler (capt & wk), 6 Liam Livingstone, 7 Moeen Ali, 8 David Willey, 9 Craig Overton, 10 Adil Rashid, 11 Matthew Potts
De Kock missed the warm-ups with a bruised finger but has been passed fit and will reprise his usual role as the tempo-setter at the top of the innings. Expect a decision to be made on whether Keshav Maharaj plumps for the extra spin of Tabraiz Shamsi or left-arm pace of Marco Jansen.
South Africa (probable): 1 Quinton de Kock (wk), 2 Janneman Malan, 3 Rassie van der Dussen, 4 Aiden Markram, 5 Heinrich Klaasen, 6 David Miller, 7 Andile Phehlukwayo, 8 Keshav Maharaj (capt), 9 Anrich Nortje, 10 Lungi Ngidi, 11 Tabraiz Shamsi/Marco Jansen

Chester-le-Street has always been one for the seamers though recent precedence has seen batting scores rise – Sri Lanka have the venue’s highest score of 338, against West Indies in the 2019 World Cup. That is probably down to a more attacking approach globally rather than any environmental shifts. That being said, temperatures will hit a high of 35 degrees Centigrade which may influence how many spinners are selected and indeed who will bat first with the 1pm start time.

“Jos brings a nice calmness. He’s a hugely empathetic person. He won’t be someone who stands up and makes big speeches, he’ll do it in his own quiet way, one-on-one, working out what makes players tick. And he’s an amazing player – that helps.”

Head coach Matthew Mott goes in to bat for Jos Buttler after a tough start to life as England’s limited overs captain
“There are two ways to look at it. They’ve been playing more cricket than us and have found combinations, but it is a point we could capitalise on and build some confidence in our ODI unit before the World Cup next year.”