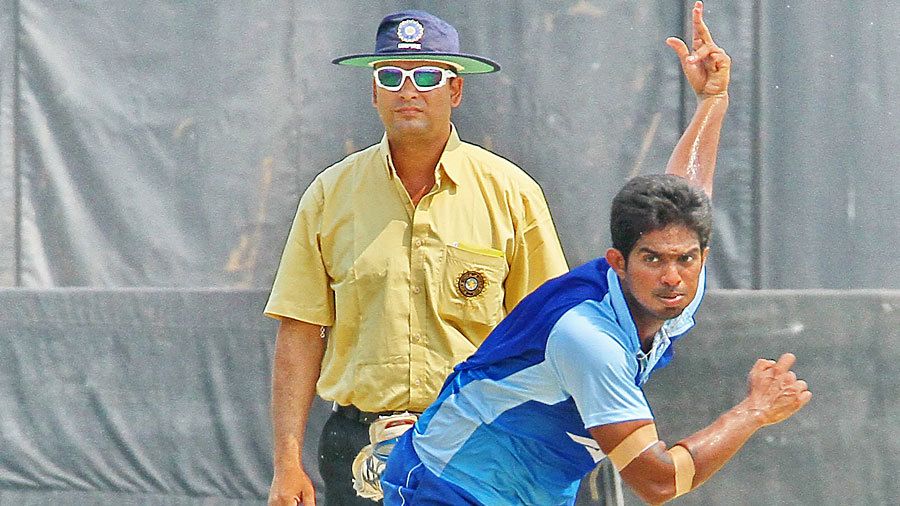 D Siva Kumar, who was part of India’s Under-19 World
Cup-winning squad in Malaysia in 2008, has been drafted into the USA squad to replace the injured Ali Khan at ongoing T20 World Cup Qualifier in Zimbabwe. Ali was ruled out of the rest of the tournament after he suffered a broken forearm on the opening day of the tournament.
Siva Kumar, 32, recently became eligible to represent his adopted home country under the ICC’s residency guidelines. which require a player to be a resident for a minimum of three years in order to qualify for selection. His last List A match for Andhra Pradesh in Indian domestic cricket came in October 2018.
Related
The medium-pace allrounder has been representing the Morrisville, North Carolina franchise for the last two seasons in USA’s Minor League Cricket T20 franchise tournament, which is serving as the precursor to Major League Cricket that is due to launch in 2023. He took 15 wickets at an average of 16.13 and an economy rate of 5.76 in the 2021 regular season and scored scored 93 runs in eight innings at an average of 13.29. In the 2022 campaign, he has four wickets in two matches.
According to a press release from USA cricket, he is due to arrive in Zimbabwe on Wednesday night and will join the squad in time to be available for selection for their final Group A clash against Zimbabwe on Thursday. Both teams have already clinched semi-final berths but the winner will have the top seed heading into the crossover playoff matches with the Group B set on Friday.
Tags: Ali Khan, Duvvarapu Siva Kumar, ICC Men's T20 World Cup Qualifier, United States of America