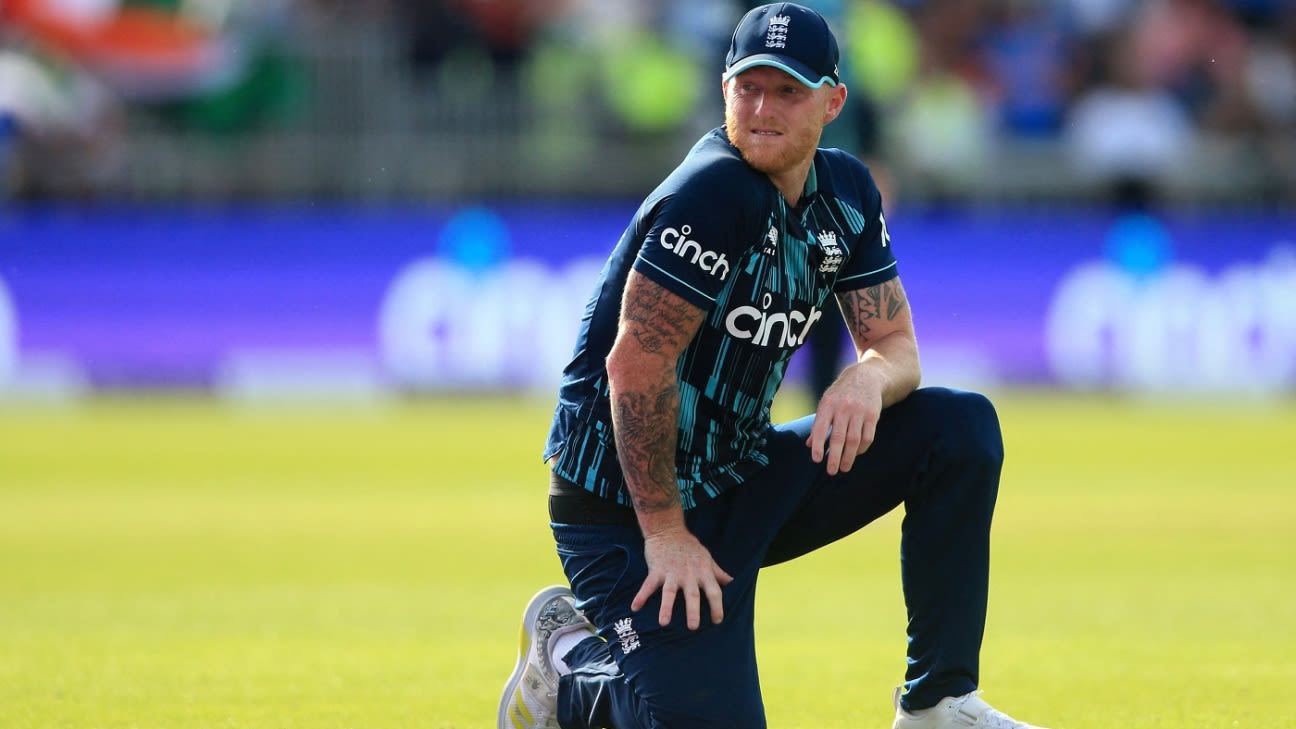 Ben Stokes has urged the authorities to stop considering players as “cars” and hopes his ODI retirement will be a wake-up call.
The allrounder was speaking ahead of his 105th and final ODI after taking the decision to retire from the format. In a statement detailing his decision, he spoke of a desire to lighten his loads, citing playing all three international codes was “unsustainable for me now”.
Having taken on the Test captaincy at the start of the summer, Stokes will continue to give “everything I have” to the longest format, as well as Twenty20. As it happens, the 31-year-old Stokes missed the T20 series against India to rest after Test matches against New Zealand and India, and will not play in the T20s against South Africa that follow the ODI series, or The Hundred ahead of the three Tests with the Proteas.
Speaking to the media ahead of Tuesday’s match, he went firmer on his comments the previous day of an unsustainable schedule and believes the on-field product will suffer if nothing changes.
“We are not cars,” he stated to Test Match Special. “You can’t just fill us up and we’ll go out there and be ready to be fuelled up again. We had a Test series and then the one-day team had a series going on at the same time – that was a bit silly.
“I just feel like there is too much cricket rammed in for people to play all three formats now. It is a lot harder than it used to be. I look back to when I used to do all three and it didn’t feel like it was as jam-packed and all that. Obviously you want to play as much cricket as you possibly can but when it is making you feel tired, sore and you’ve got to look towards five or six months down the road for what you’re doing in the here and now it is probably not the best thing.
“The more cricket that is played, the better for the sport, but you want a product that is of the highest quality. You want the best players to be playing as much as you possibly can, all the time, and it isn’t just me or us. You see it all around the world now where teams are having to rest some players in a certain series so they feel like they are getting a break.”
Related
Stokes also referenced the examples of James Anderson and Stuart Broad for what he hopes will be a prolonged career in the remaining two formats. Anderson and Broad last played white-ball cricket for England in 2015 and 2016, respectively, and are still vital cogs in the Test attack in 2022. Stokes even spoke to Broad about how the 36-year-old found the lighter workload and was left convinced he had made the right decision, especially if he is to replicate Anderson and Broad’s tally of over 150 appearances in Tests.
“I asked Stuart if he felt that not playing white-ball cricket was a reason he is still playing now, 160 Tests. He said without a shadow of a doubt, yes. I want to play 140-150 Tests for England.
“It’s come a lot earlier than I would have liked at 31 years old, giving one of the formats up. T20 bowl, 2-3 overs here and there. Longevity I have thought about. Hopefully when I’m 35, 36, still playing Test cricket, I can look back on this decision and say I’m very happy with it.”
Stokes also revealed he had come upon the decision after the first ODI against India at the Oval on Tuesday, July 12. As he consulted others, one told him “if there’s any doubt, there’s no doubt” that he should step away from 50-over cricket. He then spoke to Jos Buttler, the limited-overs captain, about his thoughts, which centred initially on not being able to bowl his full complement of 10 overs. That inability to play a full, all-round part in matches was ultimately the deciding factor.
“After that one-day game it hit me in the face. A quick chat with Jos after the game, I said that if the game was in a different position I’d have bowled more for him. We had five minutes together, he said you don’t owe the team anything and that I had a lot of cricket coming up. That was nice to hear.
“I went away and had five minutes to myself, I told him I almost felt a bit useless that I can’t do that. It’s not a nice feeling, knowing I have to look after myself, the captain is trying to look after me, the medical team and the coach as well. It’s international cricket you can’t be doing that.”
Tags: Ben Stokes, England, England vs South Africa, South Africa in England