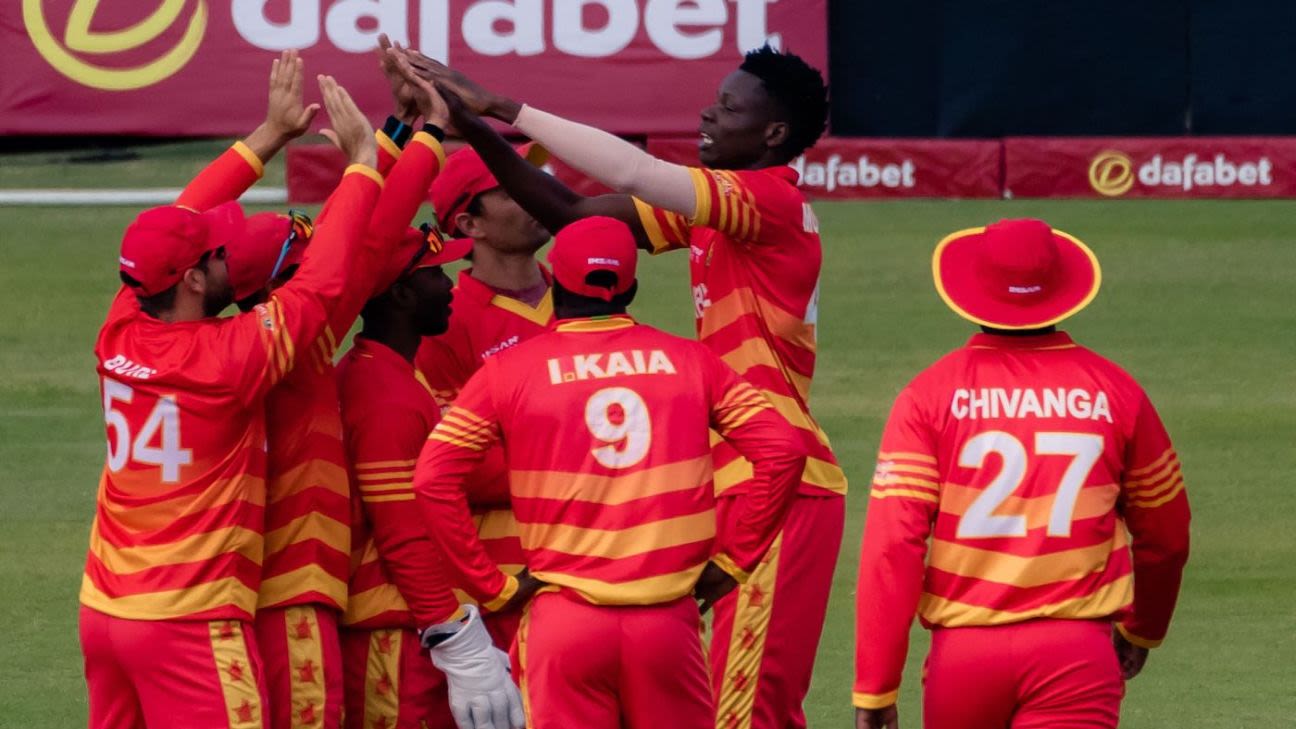 Zimbabwe are set for a busy two months with incoming tours from Bangladesh and India and a visit to Australia after 18 years.
India, who haven’t toured Zimbabwe since 2016, are set to play three ODIs on August 18, 20 and 22 in Harare. The series is part of the ICC ODI Super League that serves to identify the seven direct qualifiers, along with the hosts, for next year’s 50-over World Cup in India. Zimbabwe are currently placed 12th in the 13-team pool, with just three wins in 15 matches. The ODI series is scheduled to finish less than a week before the 2022 Asia Cup, which is set to be played between August 27 and September 11, in the UAE.
Related
With their place at this year’s T20 World Cup sealed, Zimbabwe will also have an opportunity to acclimatise to Australian conditions when they tour the country for three ODIs in Townsville on August 28, 31 and September 3.
Aside from the 2015 World Cup, Zimbabwe have not toured Australia since 2003-04, while the two teams last met in ODIs during a tri-series in 2014.
Bangladesh play Zimbabwe in three T20Is from July 30 to August 2, before the two sides face-off in three ODIs on August 5, 7 and 10. All matches will be staged in Harare. That series will be followed by India’s tour.
A young India squad, led by Shikhar Dhawan, is currently in the Caribbean for a three-match ODI series that will be followed by five T20Is that finish on August 7 in Florida.
Earlier last week, Zimbabwe secured their spot at the 2022 T20 World Cup by winning the eight-team qualifying tournament in Bulawayo. They beat Netherlands in the final by 37 runs with Sikandar Raza returning 4 for 8.
Zimbabwe vs Bangladesh 2022:
1st T20I – July 30, Harare
2nd T20I – July 31, Harare
3rd T20I – August 2, Harare
1st ODI – August 5, Harare
2nd ODI – August 7, Harare
3rd ODI – August 10, Harare
Zimbabwe vs India 2022
1st ODI – August 18, Harare
2nd ODI – August 20, Harare
3rd ODI – August 22, Harare
Australia vs Zimbabwe 2022
1st ODI – August 28, Townsville
2nd ODI – August 31, Townsville
3rd ODI – September 3, Townsville
Tags: Australia, Bangladesh, India, World Cup Super League, Zimbabwe