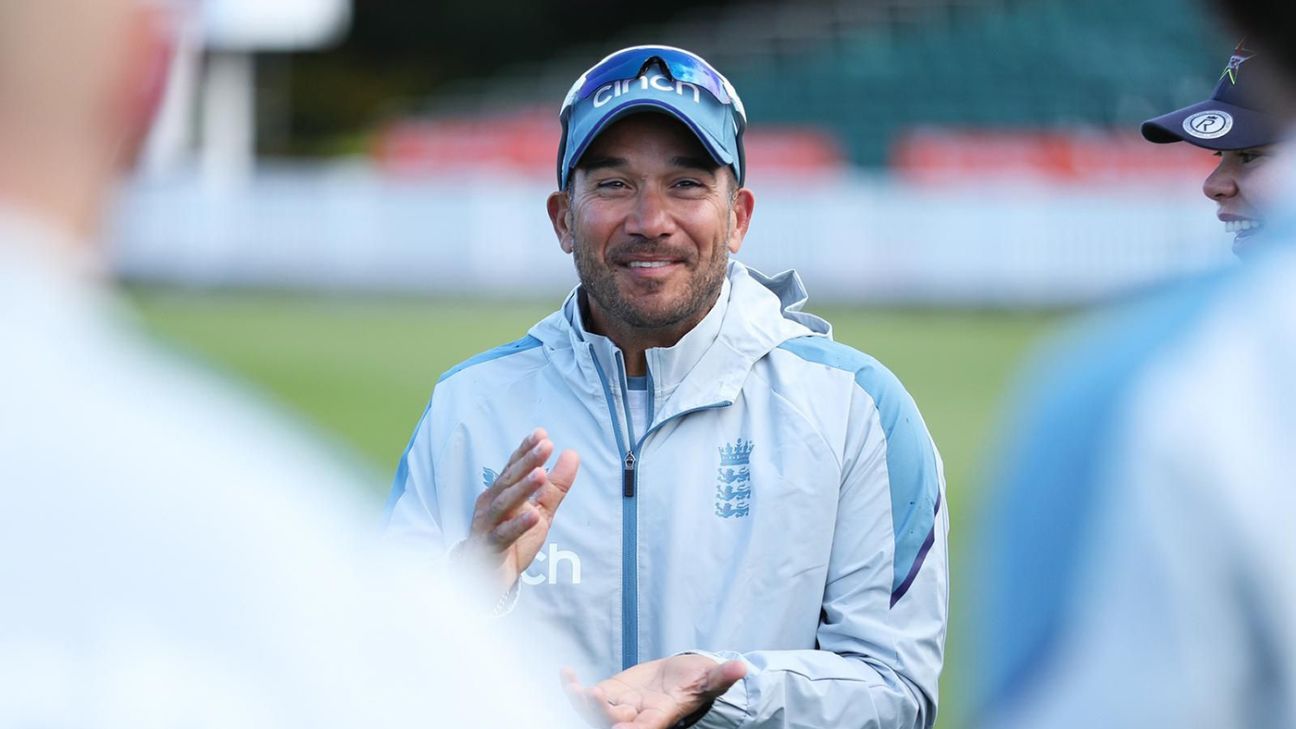 Gareth Breese, the former Durham allrounder and current England Women performance coach, has been appointed Welsh Fire coach for the second season of the women’s Hundred.
Breese officially replaces Matthew Mott, the new England men’s white-ball coach, who was unable to link up with the team in the competition’s first season due to international travel restrictions. Mark O’Leary, the ex-Western Storm coach, deputised last summer.
“It’s a great opportunity and I am looking forward to being part of the Hundred and the Welsh Fire set-up,” Breese said. “It is a hugely exciting competition, and the team will be looking to make an impact. This is going to be my first head coach role and I’m excited about the experiences this will bring. I can’t wait to meet everyone and get started.
“We’ve been able to put together a very strong coaching set-up and it’s a squad with a healthy mix of world-class cricketers and exciting potential. I’m sure all the players will be aiming to display their skills and in doing so thrill the Cardiff crowd and bring the Hundred trophy back to Wales.”
Related
David Hemp, the Pakistan women’s coach, will work as one of Breese’s assistants after the Commonwealth Games, along with Aimee Rees and Dan Helesfay.
Mark Wallace, Welsh Fire’s general manager, said: “We’re really excited with the coaching team we’ve been able to put together for the Welsh Fire women’s team. Gareth has a fantastic reputation in the game and has been part of a very successful England set-up for a while now.
“All the coaches we have added have lots of experience coaching at the top of the women’s game with some of the best players in the world and will be huge assets for Welsh Fire.”
Fire finished bottom of the table in the first season of the women’s competition but have strengthened significantly for 2022, bringing in Tammy Beaumont, Fran Wilson and Alex Hartley as domestic players and Nicola Carey, Annabel Sutherland and Rachael Haynes as internationals.
The women’s Hundred starts on August 11, after the T20 competition at the Commonwealth Games.
Tags: Gareth Breese, The Hundred Women's Competition, Welsh Fire (Women)