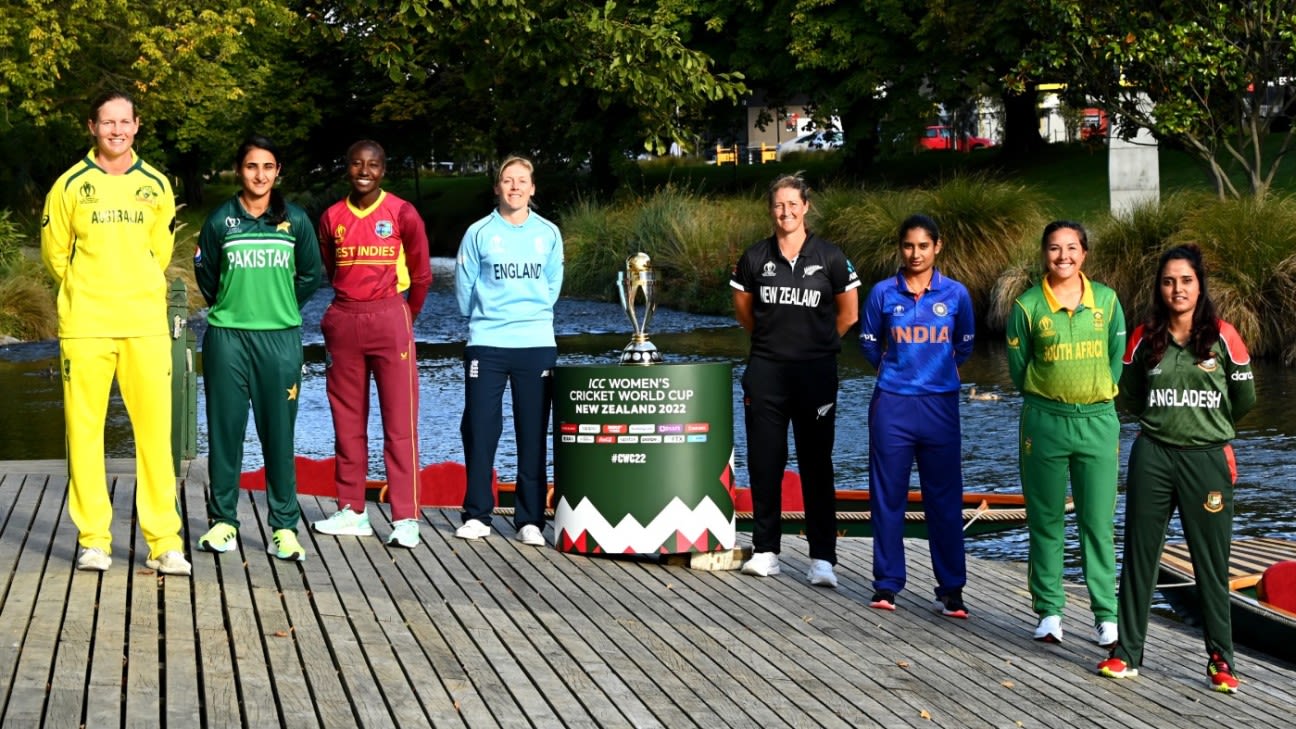 The first ever women’s Future Tours Programme (FTP) is now a reality, and will soon be made public, according to ICC’s chief executive officer Geoff Allardice. The schedule, worked out by member countries, spans a three-year period between 2022-25.
While Allardice did not divulge any details about the FTP, ESPNcricinfo has learned that teams will play mainly three-match ODI series, which will be part of the Women’s Championships leading towards qualification for the 2025 ODI World Cup. Some countries, where possible, have clubbed a five-match T20I series to round off ODI tours. Teams can also look forward to preparatory matches ahead of the global tournaments.
Related
“The women’s FTP is going to be published,” Allardice said from Birmingham, where the ICC’s annual conference ended on Tuesday. “It’s the first time we have had a long-term plan around women ‘s series that can give broadcasters and fans a certainty about who is playing who and what time of the year.
“It is structured around the ICC Women’s Championships through from 2022-25 with a lead up to the next World Cup which will be staged in India.”
For a long time players and supporters of women’s cricket have demanded an increase in matches and a regularity in schedule. However with lack of support from broadcasters in the past, cricket boards have not always been receptive.
But all that changed on July 23, 2017. Ever since the ECB and the ICC successfully staged the 2017 ODI World Cup culminating in hosts England pipping India in the final by nine runs in front of a sell-out crowd at Lord’s, women’s cricket has received better support from various stakeholders and most importantly established that it was an extremely lucrative business.
Packed crowds were seen once again at the T20 World Cup 2020, held in Australia, with the tournament final, played on International Women’s Day, attracting 85,000-plus fans at the MCG, the biggest live audience at a women’s cricket match.
With an abundance of talent available, the women’s game branched out to include T20 leagues as well. The Women’s Big Bash (WBBL) in Australia has led the way with its 59-game format per season – 56 league games followed by two semi-finals and the final. The Kia Super League, which began in England in 2016, had four highly successful seasons before it made way for the Hundred in 2021.
The Women’s T20 Challenge, conducted as an exhibition event since 2018, is likely to bloom into a full-on Women’s IPL from 2023. New Zealand expanded their Super Smash competition from 16 games a season to 30 league matches followed by the knockouts from 2017-18. They also broke new ground by offering equal pay to all its cricketers regardless of gender. Next month, Cricket West Indies will conduct a three-team women’s CPL.
Allardice said that, some of the women’s cricket captains, whom he met on Tuesday in Birmingham at an ICC-hosted panel discussion, mentioned that they were positive about the future of the sport. “The players were commenting that certainly their schedules were a lot busy than they were a few years ago. As you will see various domestic (T20) leagues strengthening as well in the women’s game you will find a very, very solid calendar of cricket for the international women’s teams over the coming years.”
For all the growth in limited-overs cricket, women’s Tests remain an “optional” product according to a CEO from a Full Member country who sits on the ICC’s chief executives committee, which is responsible for coming up with the FTP.
While England and Australia have had plenty of opportunities to meet each other in the longest format, thanks to the legend of the Ashes, the only other women’s teams who have played Test cricket in the last 15 years are India, South Africa and – surprise, surprise – Netherlands.
Since 2014 there have been only 10 women’s Tests, but since 2017 all of them have ended in draws, prompting an outcry over why these games couldn’t be played over five days instead of the existing four. Recently, talking on BBC’s Test Match Special, ICC chairman Greg Barclay supported the call for five-day Tests, but simultaneously stirred controversy saying “I can’t really see women’s Test cricket evolving at any particular speed”.
With inputs from S Sudarshanan, who is a sub-editor at ESPNcricinfo