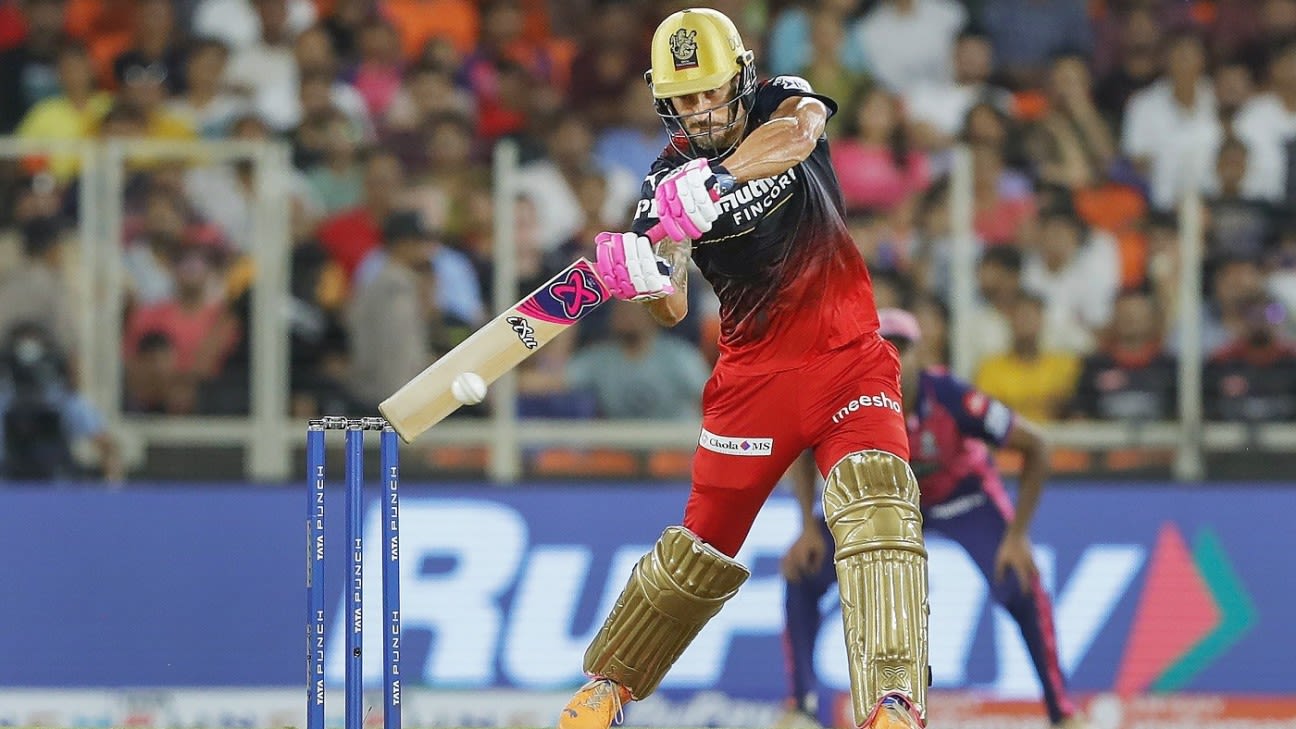 Cricket Australia is under more pressure than ever before to attract big-name overseas talent to the BBL due to the huge sums of money that might be on offer in the new South Africa and UAE T20 leagues which will run at a similar time of the year, according to both Ricky Ponting and Usman Khawaja.
Ponting has moved into a team role in the BBL for the first time since playing and commentating on the tournament through the first 11 years having been appointed as Hobart Hurricanes’ head of strategy. He made his first key appointments on Friday announcing Jeff Vaughan as head coach for the next three years alongside new assistants James Hopes and Darren Berry.
Ponting and his new coaching staff held a three-hour meeting on Thursday night in which they discussed Hurricanes’ plans for the upcoming overseas player draft which is to be held on August 28. Hurricanes will have the last pick (8th) in the first two rounds after being drawn out last in the weighted lottery.
But following the development that the new South Africa T20 league had sold ownership of each of their new franchises to IPL owners, and with the likelihood of the same thing happening in the UAE, Ponting warned the BBL might be under greater threat than ever in terms of attracting the best players given the overlaps in January.
Related
“There might be more pressure on Cricket Australia now than ever before,” Ponting said. “I’ve got no idea what Cricket Australia are thinking as far as the current model they’ve got, but it just seems that, if you look at the draft already this year, and you look at the player availability, it looks like the majority of the players are pretty happy to commit to the BBL for the first part, the first six or eight games.
“Then the South African tournament is going to start up in mid-January and you can guarantee the players are probably going to look to play the first half here and go play the second half over there, which for a tournament like the Big Bash is not ideal. So if there are ways around that and ways that that can be changed, then I think Cricket Australia most definitely have to look at that.”

Even for the local players here, if leagues start coming up in UAE, South Africa, wherever, what if a local player starts thinking I’ll get paid twice as much money to go and play over there, why would I stay here in the Big Bash
Usman Khawaja

Time to go private?
Khawaja was even more forthright on the threat CA faces from the overseas tournaments. He was part of the Australian Cricketers’ Association delegates conference in Melbourne earlier this week where CA CEO Nick Hockley and head of the BBL Alistair Dobson both presented on the upcoming season and the draft. Khawaja again stated his belief the competition had to look to private investment.
“I’ve spoken about this before, I think there’s a fork in the road for the Big Bash in my personal opinion,” Khawaja said. “I don’t speak for ACA or CA, my personal opinion is the BBL needs to look to privatising because the money needs to come from somewhere. Players won’t come to the Big Bash unless you are paying them the right money.
“There are other tournaments starting up that are privatised. If you don’t keep up with that, and there’s a small window for the Big Bash to privatise in the next few years, and I’m afraid if we don’t do that we’ll fall behind. Already you’ll see players not list for the draft. I’ve talked to a couple and they’ve not listed for the draft because they want to spend Christmas at home and then will go and play in the UAE. That’s a red flag for me already.
“The money has to come from somewhere and you don’t necessarily want it to come from CA’s stock, then that affects another part of the organisation. So why not bring money from outside. I think the IPL is a very good model. If we aren’t trying to follow that type of progression, I feel like the BBL can be left behind.”
This season the BBL will run from December 13 to February 4 with overseas players able to nominate how much they are available for.
Hobart Hurricanes head of strategy Ricky Ponting appointed Jeff Vaughan as Hurricanes new coach•Cricket Tasmania
Faf du Plessis has put his name in the draft along with current South Africa batter Rilee Rossouw, among a host of other names. Du Plessis is set to be bracketed as a platinum player but may not be available for the second half of the tournament if he opts for the South African league, meaning BBL teams have to weigh up whether he or another platinum player is worth using roughly AUD$200,000 from a $1.9 million salary cap for half a season. Platinum players are set to earn up to $340,000 but CA will make up the difference which will sit outside the cap.
BBL teams have opted for lower tier overseas in the past in order to have them available for the whole tournament with Perth Scorchers recruitment of Colin Munro and Laurie Evans last year a prime example.
“If you are going to have 14 games like IPL the money has to match,” Khawaja said. “Even for the local players here, if leagues start coming up in UAE, South Africa, wherever, what if a local player starts thinking I’ll get paid twice as much money to go and play over there, why would I stay here in the Big Bash. Those are the questions we have to ask ourselves. I don’t think the amount of games is the issue, personally, it’s the salary cap.”
Homegrown names
The recruitment of Australian internationals is another element to this year’s tournament with multi-format players, some of who don’t have clubs, set to be available for the last three weeks after the scheduled ODI series with South Africa was cancelled.
Last season Steven Smith was not allowed to play in the finals for Sydney Sixers despite wanting to. A key part of the next MOU negotiations between CA and the ACA, due to formally begin in September, will be regarding CA contracted players appearing in the BBL when available. David Warner has not played in the tournament since 2013 and Mitchell Starc has already said he won’t be available this year as he opts to rest. Whether they are forced to play and who they play for is an issue that needs to be resolved in the near future.
Steven Smith will likely appear in the BBL this season•Getty Images
“I don’t think players would like to be told where they’re playing,” Ponting said. “I think they would want to have the choice. I know that was one of the things we were talking about last night is, if there is a chance for us to be able to get hold of some of the guys that are going to have quite a decent break now through the middle of this tournament, so we threw a few names around there.
“This has been spoken about for a long time now as well. How do we get the Australian players back into BBL but more importantly, if we do, how are they remunerated, and what teams are they associated with? And I think it’s coming to the point now…with these other tournaments around the world that more and more attention needs to be paid to that for the BBL’s sake.
“I think there’s a chance attracting the best overseas talent here is probably going to get harder and harder as we’ve seen already the last three or four seasons. But the most important thing is getting our best Australian players when at all available to come and play in the BBL.”
Tags: Big Bash League, Hobart Hurricanes, Ricky Ponting, Usman Khawaja