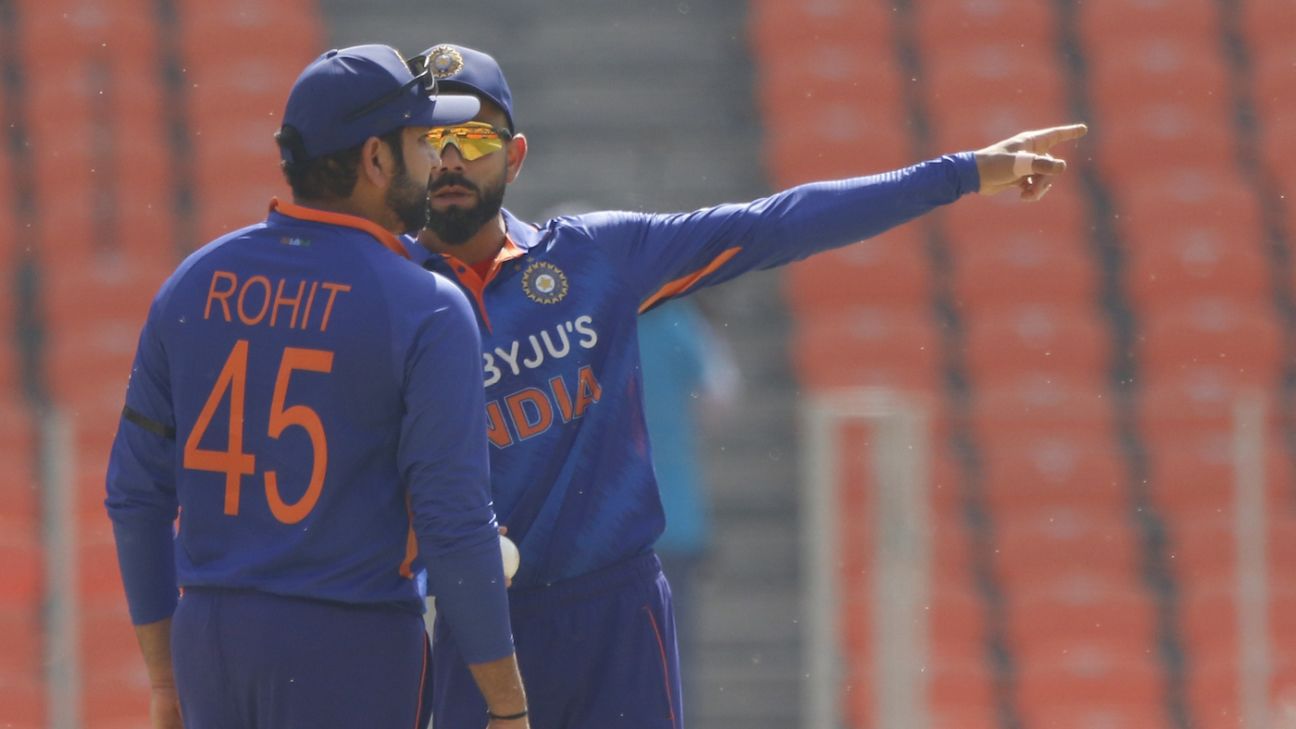 India will play three T20Is against Australia, and a series of three T20Is and three ODIs against South Africa, all at home, between September 20 and October 11. These will be the last fixtures for all three teams before they travel to the men’s T20 World Cup in Australia, to be held from October 16.
The three T20Is against Australia will be played in Mohali, Nagpur and Hyderabad on September 20, 23 and 25 respectively. The South Africa T20Is will be played between September 28 and October 4* in Thiruvananthapuram, Guwahati and Indore, while the ODIs, which follow, will be played in Lucknow, Ranchi and Delhi, between October 6 and 11.
ESPNcricinfo Ltd
The three ODIs will be part of the World Cup Super League, and are crucial to South Africa’s chances of reaching the 2023 tournament, which India automatically qualify for as hosts. South Africa are in 11th place on the Super League table and have 11 matches left to play, but have forfeited their three against Australia in January next year in order for their top white-ball players to be available for their new T20 franchise league. That means they will only play eight more matches in the Super League – three against India, three against England in February 2023, and two against Netherlands in a series that had to be rescheduled from last November. While it is still too early for calculations, South Africa could see themselves in a World Cup Qualifier in Zimbabwe next year, unless they claim almost all of their remaining points.
With the first-choice T20I players expected to leave for Australia around the time of the ODIs against South Africa, India – as well as South Africa – could well field a second-string team for those three matches.
It isn’t new for India to field second-string teams. They have done so often of late, sometimes because of concurrent series in different parts of the world, and occasionally to give the regular players a break from what is increasingly becoming a jam-packed calendar, slotting in bilateral series and world events as well as T20 franchise leagues.
In fact, it is in line with what Jay Shah, the BCCI secretary, had said in June: “I have had discussions with NCA [National Cricket Academy] head VVS Laxman and we will always have 50 players in our roster. In future, you will have a scenario, where the Indian Test team will be playing a series in one country and the white-ball team will be engaged in a series in a different country. We are going in that direction where we will have two national teams ready at the same time.”
The Indian white-ball team is currently in the Caribbean to play a series of three ODIs and five T20Is, between July 22 and August 7. They will then travel to Zimbabwe, where they are scheduled to play three ODIs between August 18 and August 22. The Asia Cup, which has been moved from Sri Lanka to the UAE because of the ongoing political tensions on the island – will take place between August 27 and September 11.
*2.50pm GMT, August 3 This story was originally published on July 22, saying the second and third South Africa T20Is were on October 1 and 3. It was updated when the BCCI released its schedule
Tags: Australia, India, South Africa