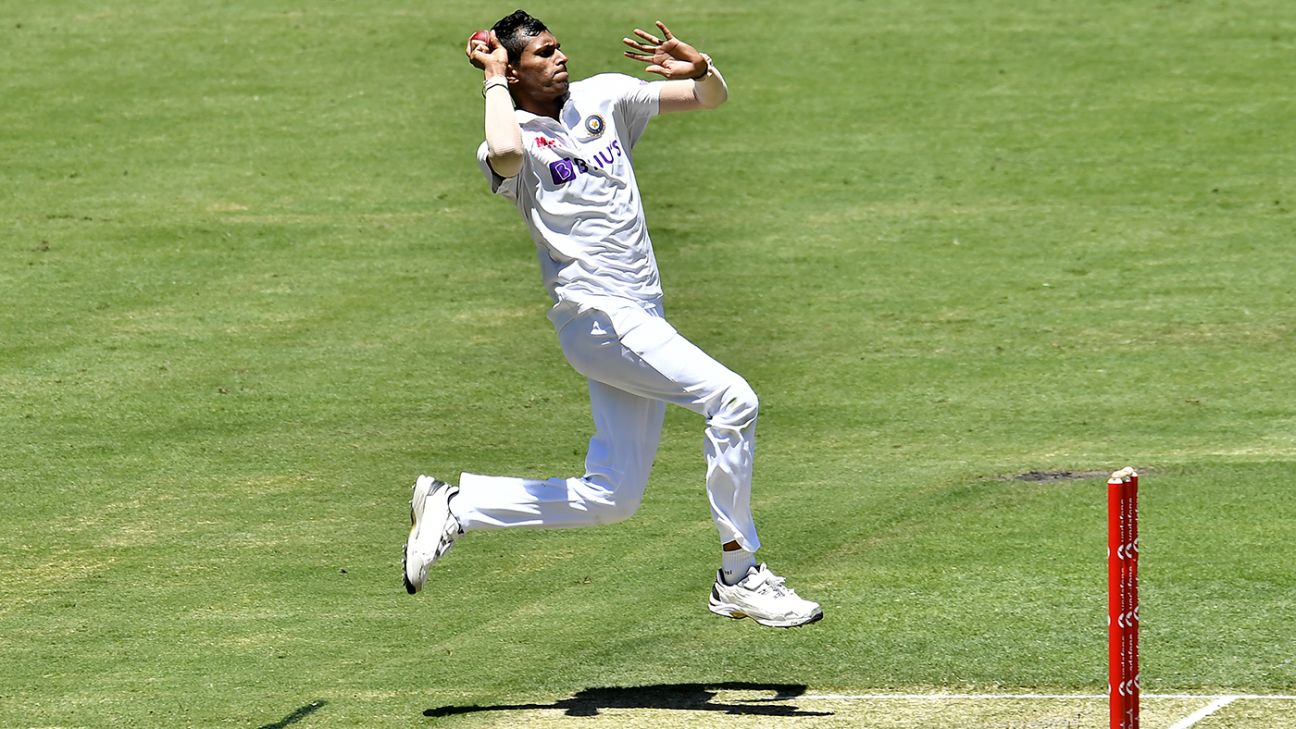 Fast bowler Navdeep Saini has become the latest Indian player to sign a contract to play county cricket after agreeing a deal with Kent.
Saini, who plays his domestic cricket for Delhi and was part of Rajasthan Royals’ squad for IPL 2022, last played for India 12 months ago on their tour to Sri Lanka. He is due to play three County Championship matches and five Royal London Cup games, subject to visa and regulatory approval.
He becomes the fifth Indian player to sign a county contract in 2022, following Cheteshwar Pujara (Sussex), Washington Sundar (Lancashire), Krunal Pandya (Warwickshire for Royal London Cup) and Umesh Yadav (Middlesex). “It’s a great opportunity to play county cricket and I’m looking forward to giving my all for Kent,” Saini said.
Saini could make his debut against Warwickshire next week and is set to play alongside Matt Henry, the New Zealand seamer who is returning to Kent for a second stint after impressing in 2018. George Linde, the South Africa allrounder, is also on their books but counties can only field two overseas players in a playing XI.
Kent have struggled to take Championship wickets all season due to a combination of fitness, form and flat pitches, and their defeat to Northamptonshire this week leaves them eighth in the 10-team Division One with five games left this season.
Their ineffectiveness with the ball prompted Paul Downton, their director of cricket, to dip into the transfer market. “In a year when it’s been difficult to take wickets, we’re excited to have the opportunity to add a fast bowler of Navdeep’s quality to our squad,” Downton said.
The Royal London Cup runs concurrently with the Hundred and it is an acknowledged source of frustration for the ECB that its new 100-ball competition does not feature any male Indian players.
In February 2019, the former ECB chief executive Tom Harrison admitted that the involvement of Indian players was “a political conversation as much as anything … it’s not just the ECB and The Hundred that will be keen to get Indian players involved. Clearly that’s a wider discussion.”
The BCCI do not allow active men’s players to take part in any overseas short-form leagues, but several recent India internationals, including Saini, will be involved in the second-string 50-over competition.
Tags: England, Navdeep Saini