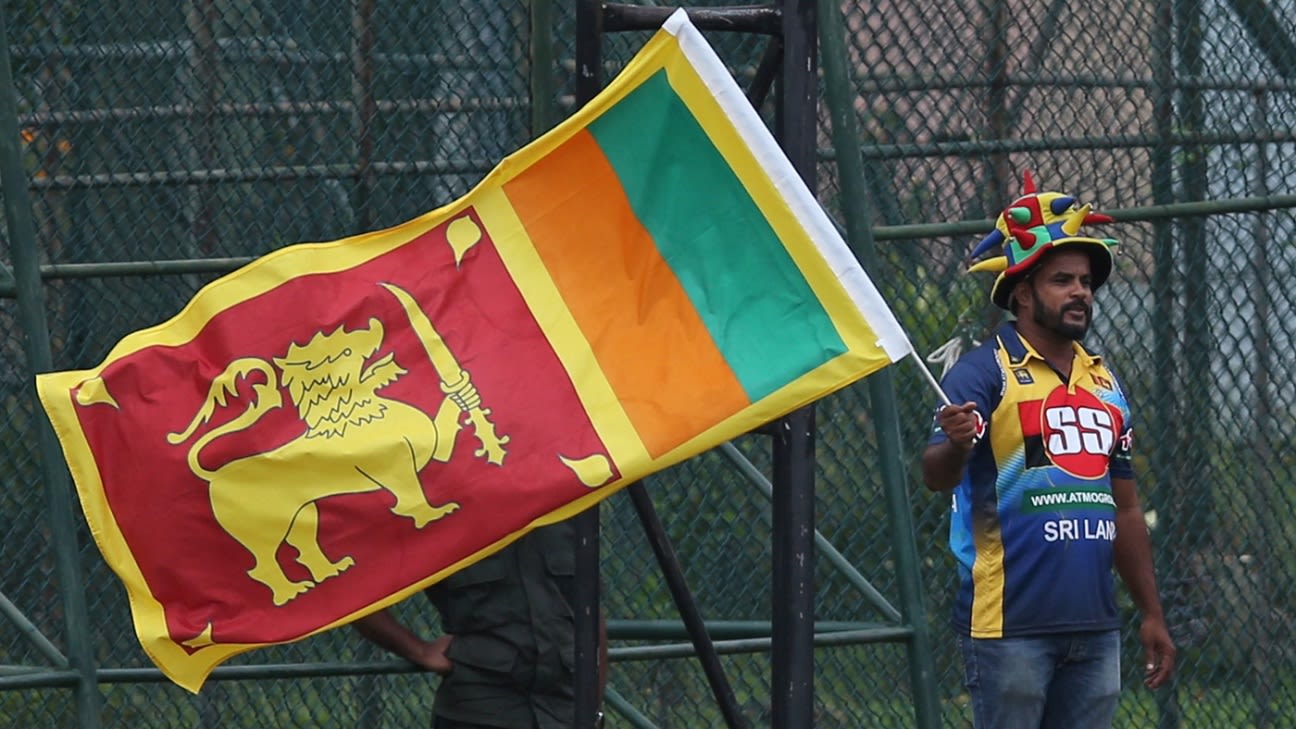 Sri Lanka remain “very confident” of hosting the Asia Cup, scheduled to start from late August, despite the island nation descending into a crisis following weeks of widespread political unrest. A final decision on whether Sri Lanka would be retained as the venue for the six-nation Asia Cup will be taken by the Asian Cricket Council on Friday.
Having recently hosted Australia successfully, Mohan de Silva, secretary at Sri Lanka Cricket, told ESPNcricinfo that cricket has remained immune from the civil unrest that has escalated by the day over the last month, with protestors demanding the resignation of both the acting Sri Lankan president Gotabaya Rajapaksa and prime minister Ranil Wickeremesinghe. The Australians arrived in June for a complete tour comprising both white-ball formats and two Tests, which finished with Sri Lanka levelling the series 1-all in Galle in surreal circumstances as protestors stormed the nearby Galle fort as cricket was played in the backdrop.
Related
Another reason de Silva remained optimistic about the Asia Cup was the Pakistan contingent arriving recently to play a two-match Test series. The Pakistanis have already played a warm-up match and the PCB has confirmed the visitors had not been affected by the political strife outside.
“As far as we are concerned, we are still very confident of hosting the tournament in Sri Lanka,” de Silva said on Thursday. “We have just hosted the Australian tour with two Tests in Galle, and Pakistan are in the country as well.” When asked if there has been any pressure to move from the ACC, he said “not really”.
The 2022 edition of the Asia Cup is scheduled to be a T20I tournament, with the main event running from August 27 to September 11, following a Qualifier that is also scheduled to take place in Sri Lanka, from August 20 to 26. Hong Kong, Kuwait, Singapore and UAE are set to contest the Qualifier, from which the top team will join the five Full-Member Asian teams – Afghanistan, Bangladesh, India, Pakistan and Sri Lanka – in the main draw.
Tags: Afghanistan, Asia Cup, Bangladesh, Hong Kong, India, Kuwait, Pakistan, Singapore, Sri Lanka, United Arab Emirates