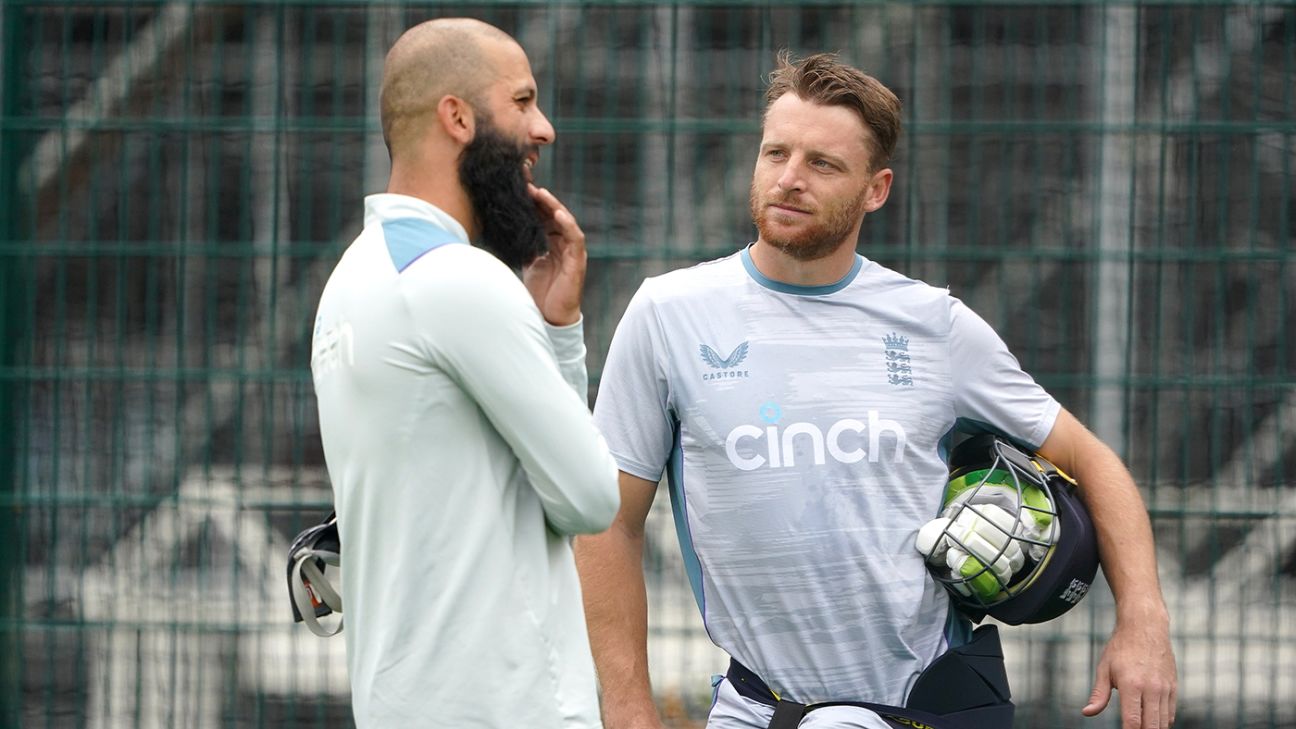 The post-Ben Stokes era is upon England and although ODI cricket is not their top priority this year, they will want to start crafting a style of play that can sustain them through to their defence of the World Cup in India next year. On the evidence of the series opener, that has to involve an injection of energy after it was found lacking with both bat and ball on Tuesday. Being asked to field first on a day of record temperatures means they can be cut some slack but they won’t want to use it as an excuse to keep their form in this format middling.
That makes this match a must-win for Matthew Mott’s charges. England are a loss away from a second successive ODI series defeat at home, hardly the way Mott would have wanted to start his term in charge. He will be looking to his senior players to set the tone, as Joe Root did in the first ODI, while Moeen Ali and Adil Rashid will have to take responsibility to control South Africa’s innings through the middle overs alongside a relatively inexperienced pace attack.
What England have on their side is time. Even if they don’t pull things back, another series loss would not be a cause for major concern just yet. Instead, their main worries remain over the schedule, which has been particularly brutal for them in the pandemic era and will be in the spotlight at next week’s ICC AGM.
South Africa are yet to fully feel the effects of that and won’t read too much into these results: they swept India 3-0 at the beginning of the year only to lose their World Cup Super League series against Bangladesh. But this series gives them the opportunity to build consistency around a top six who are in good form, and a varied attack that give them plenty of options.
The three-seamer, two-spinner combination – with a sixth-bowler in Aiden Markram – is working well and Keshav Maharaj’s use of them was particularly impressive in Durham. Although he is only doing the job in a stand-in capacity, replacing the injured Temba Bavuma, Maharaj’s tactical acumen has already earned him much praise.

This is Jos Buttler‘s team to take forward now, and the best way for him to do that will be with the bat. He followed a remarkable IPL season with innings of 162 and 86 – both unbeaten – in the Netherlands but has struggled in his seven innings since he was appointed captain on a full-time basis, passing 30 only once. His dismissal on Tuesday came in the midst of England losing 5 for 57 and falling so far behind the required run-rate that even a late burst was unlikely to have been enough. He has all the shots and the temperament to provide the tonic for the rest of England’s line-up to follow suit.
Lungi Ngidi impressed in the first ODI•AFP/Getty Images
Lungi Ngidi is slowly working his way back to his best after injury and a long period on the bench. He made his comeback in the T20Is against India, where he appeared noticeably fitter than before. He can still reach speeds in excess of 87mph/140kph, and was preferred over Anrich Nortje with the new ball (presumably to make use of early swing) and has also introduced more variations to his game. His slower ball appears early in his spell in an attempt to stifle any momentum upfront and he finished the first ODI as South Africa’s most economical seamer.

England have lost two left-handers from their ODI middle order in the last month in Stokes and Eoin Morgan, and may look to promote Moeen Ali to address that problem. Phil Salt, the spare batter in the squad for the first ODI, is the likely beneficiary from Stokes’ retirement and may be given a chance as a finisher, as he has been in T20Is. Reece Topley looks set to return after being rested while Matthew Potts is likely to miss out after suffering in the heat on debut.
England: (possible) 1 Jason Roy, 2 Jonny Bairstow, 3 Joe Root, 4 Moeen Ali, 5 Jos Buttler (capt/wk), 6 Phil Salt, 7 Liam Livingstone, 8 Sam Curran, 9 Craig Overton, 10 Adil Rashid, 11 Reece Topley
Despite his good form in the warm-up matches, Andile Phehlukwayo will miss the rest of the series after showing symptoms of concussion following a collision with Maharaj in the field in the first ODI. “”Following his concussion, Andile has been monitored closely and has shown signs of improvement,” South Africa’s team doctor, Dr Hashendra Ramjee, said. “He will now commence his concussion return to play rehabilitation program.” Dwaine Pretorius was brought in as a like-for-like replacement in Durham and should retain his spot in an otherwise-unchanged side.
South Africa: (possible) 1 Quinton de Kock (wk), 2 Janneman Malan, 3 Rassie van der Dussen, 4 Aiden Markram, 5 Heinrich Klaasen, 6 David Miller, 7 Dwaine Pretorius, 8 Keshav Maharaj (capt), 9 Anrich Nortje, 10 Lungi Ngidi, 11 Tabraiz Shamsi
Related

After the scorcher earlier in the week, we won’t be talking much about the weather – unless it severely interrupts the match. There was rain on Thursday and more is forecast on Friday morning, but it should clear as the day goes on. In the last ODI played at Emirates Old Trafford, on Sunday, India restricted England to 259 and chased it down inside 43 overs. The ground’s dimensions are among the biggest in the country and the pitch generally offers something for spinners.

“It’s very obvious at the minute that whenever you get an opportunity to play for England – we’re world champions in this format – you have to take it with both hands. And that’s about how complicated it gets in my mind.”
Phil Salt keeps it simple ahead of a likely chance in the middle order.
“I’m sure they will be looking for someone who can be quite attacking and aggressive. I think they’ll stick to what they have been trying to produce over the last few years which is to be quite aggressive.”
Anrich Nortje expects England to replace Ben Stokes with another full-throttle batter.
Tags: England, England vs South Africa, Jos Buttler, Lungi Ngidi, Moeen Ali, Phil Salt, Rehan Ahmed, South Africa, South Africa in England