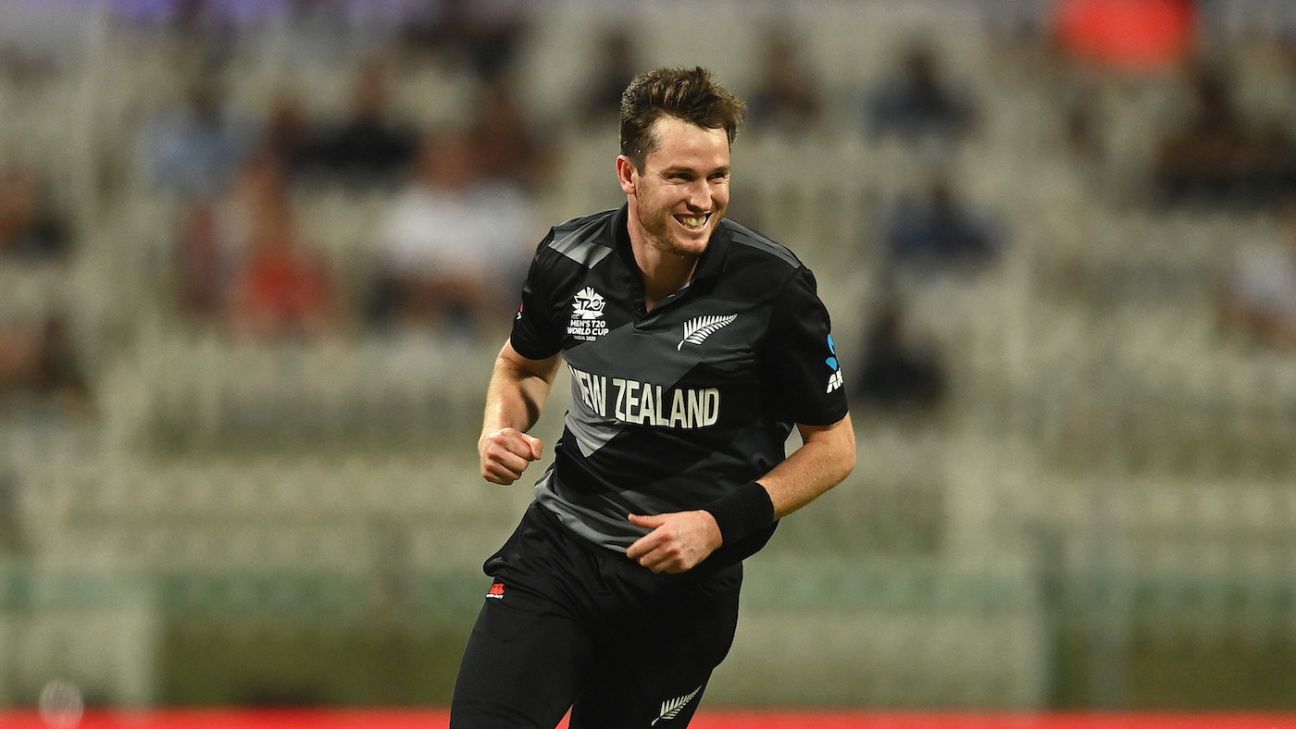 New Zealand fast bowler Adam Milne has been ruled out of the remainder of the limited-overs tour of Europe with an Achilles injury.
Milne felt pain during the team’s first net session in Ireland and after a scan the recovery timeframe was likely to only see him available for the two T20Is against Netherlands in early August so it was decided he would head home.
Jacob Duffy, who played the second ODI against Ireland, has been added to the T20I squad which will play three matches in Ireland and two in Scotland before heading to Netherlands. Duffy was Player of the Match on his T20I debut against Pakistan in 2020.
Related
New Zealand then head to West Indies for a tour that includes three T20Is and three ODIs later in August
“We’re naturally disappointed for Adam,” coach Shane Jurgensen said. “He’s a great character in any team and I am sure he’ll apply his strong will to this next phase of rehabilitation
“There is still a lot of cricket to come this year including the ICC T20 World Cup in Australia, and Adam is determined to make himself available to be part of that selection picture.”
Milne’s international career has been regularly interrupted by injury. He was part of the side that reached the final of the T20 World Cup last year where they were beaten by Australia.
New Zealand’s T20I squad also includes Mark Chapman, Daryl Mitchell, Michael Rippon, Ben Sears and Jimmy Neesham who were not part of the ODI group.
Tags: Adam Milne, Jacob Duffy, New Zealand, New Zealand in Ireland