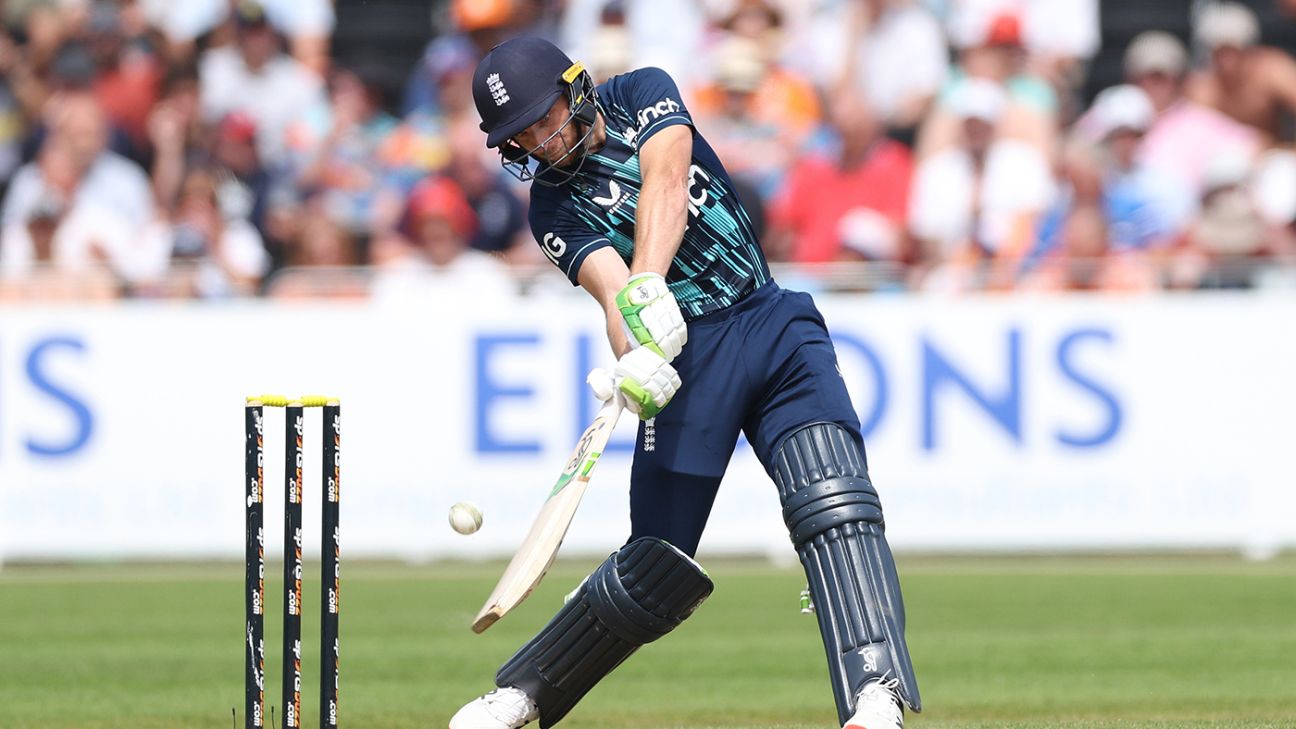 Eoin Morgan labelled Jos Buttler “the best white-ball cricketer in the world” after his innings of 162 not out off 70 balls led England to a record ODI and List A total against the Netherlands in Amstelveen, while Buttler suggested he was playing the best cricket of his career.
Buttler hit seven fours and 14 sixes, a boundary every 3.33 balls, after England’s bright start saw him promoted to No. 4 and his partnerships of 184 off 90 balls with Dawid Malan and 91 not out off 32 with Liam Livingstone saw them fall two runs short of the first 500-plus score in 50-over history.
Morgan, England’s white-ball captain, said Buttler was “in a world of his own, like he has been for the last year or two,” and said that his hitting made him “incredible” to watch. “It’s not something that we ever get sick of and it’s not something that we take for granted,” he said. “It is amazing cricket, and it’s the reason he is probably the best white-ball cricketer in the world at the moment.”
Buttler came into this series after a short break with his family following a remarkable IPL season for Rajasthan Royals, in which he hit four hundreds and won the orange cap and the MVP award. He said he felt “in good touch” ahead of this three-match ODI series and that he had focused on “getting back to enjoying cricket” after a disappointing Ashes tour.
“The IPL couldn’t have gone better for me,” he said. “I absolutely loved it, and that gives you a lot of confidence. Coming here I was feeling in good touch: I turned up with a lot of motivation and freshness which I think is really key.
Related
“Obviously any time you manage to play like that as a team is fantastic. I’ve said many times, this is the most fun environment I’ve ever played in, so it’s great to be back and it’s been great to be on a normal tour and being able not to worry about bubbles and that kind of thing.”
Buttler’s promotion to No. 4, the role mastered by his idol AB de Villiers, was in keeping with a general theme of England pushing him up the order to capitalise on strong starts in recent years, but also hinted at their desire to give their most valuable asset the best opportunity to influence the game.
“Over the years, when we’ve got off to good starts, I’ve sometimes been pushed up to No. 4 and today we got off to a fantastic start with [Phil] Salt and Malan,” he said. “We’re pretty flexible as a group and if that’s what they want to do on the day. I enjoy that middle-order role in one-day cricket so I’m very happy with the role I’ve got.”
Buttler also laughed off the suggestion that there might be some disappointment at having fallen two runs short of the 500-mark as a team, but said that coming as close as they did highlighted England’s attacking intent.
“We keep trying to push the boundaries, keep trying to take the game forward and take the game on. Everyone who played today, we really stuck to that. We’ll have to keep trying: it’s a tough thing to try and achieve, you have to play on a belting wicket and a small ground but the biggest thing, irrelevant of the score, is the mentality that we’re showing as a team and we keep trying to better that and be aggressive and brave when we play.”
“We don’t take days like this for granted at all,” Morgan added, asked about the prospect of reaching that 500 milestone as a team in the future. “We earned the right to give it a nudge. We’ve worked incredibly hard to earn days like today.”
Tags: England, England in Netherlands, Jos Buttler, Netherlands, Netherlands vs England