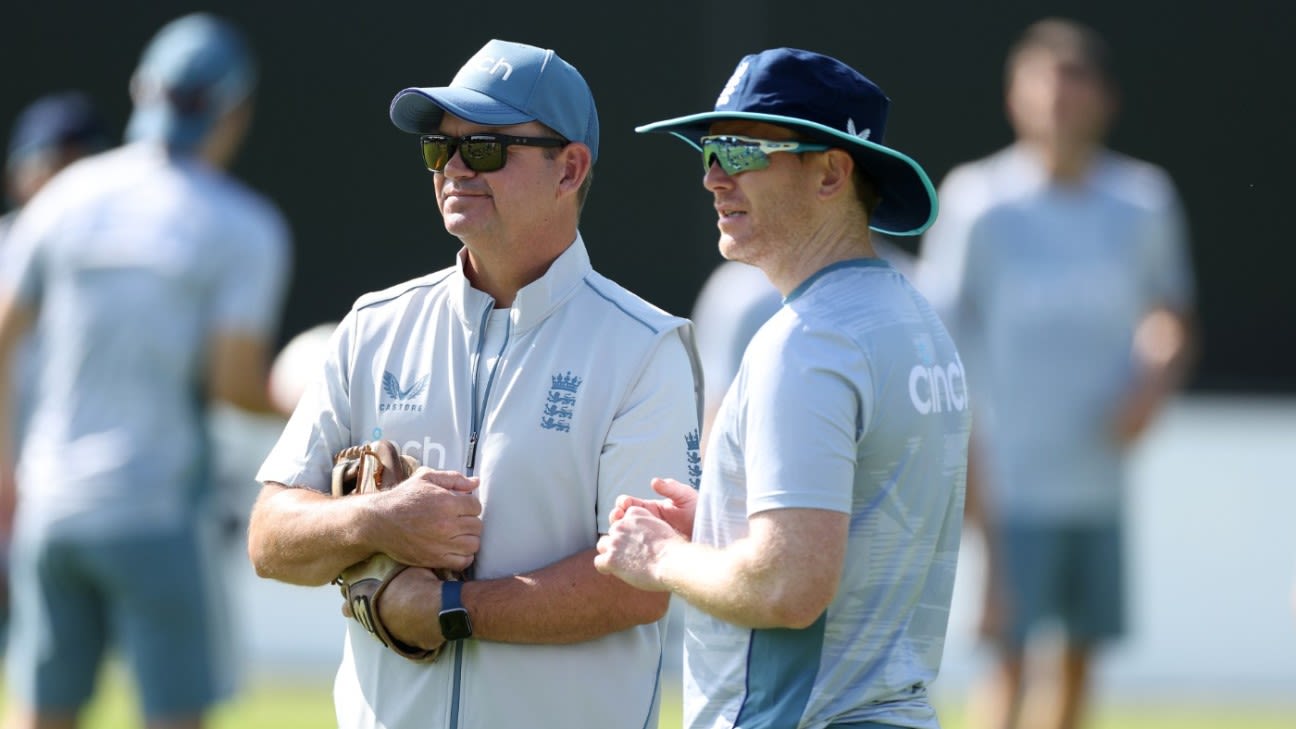 Eoin Morgan will sit out of England’s third ODI against the Netherlands on Wednesday due to a “tight groin” as concerns over his form and fitness continue to dominate the narrative around England’s white-ball sides. Jos Buttler will take over as captain.
Morgan finishes the series with no runs and two dismissals from the eight balls he faced and while it is hardly unprecedented for him to rest himself for part of a series, his fitness has become a mounting issue this year.
He said at the start of this tour that he would rest himself for at least some of England’s international fixtures this summer due to his concerns about playing games on consecutive days, something he has made a point of avoiding in the T20 Blast for Middlesex after suffering a thigh injury during the T20I series in Barbados earlier this year after playing back-to-back games.
Morgan also said that he hoped to play all three games in the series “if possible” but his right groin, which he tweaked while playing for Middlesex last month and felt during Sunday’s second ODI, has left him unable to do so. He missed their optional training session on Tuesday and was ruled out of the third ODI on the morning of the game.
England did not pick a spare batter in their squad so one of their allrounders – Moeen Ali or Sam Curran – will bat in the top six. David Payne, the Gloucestershire left-arm seamer, also makes his international debut.
Morgan has hit a single half-century – against Sri Lanka in July 2021 – in the last 18 months across both international and domestic cricket in both 50-over and T20 cricket and his back-to-back ducks have furthered the impression that his latest form slump could be terminal.
He insisted that he can “still contribute to a World Cup win” and intends to lead the side in the T20 World Cup in Australia later this year but has admitted that leading England’s defence of their 50-over title in India in 2023 feels “a long way away”.
Buttler, his heir apparent, will be captaining in his ninth ODI having regularly deputised in Morgan’s absence over the past six years.
Tags: England, England in Netherlands, Eoin Morgan, Netherlands, Netherlands vs England, World Cup Super League