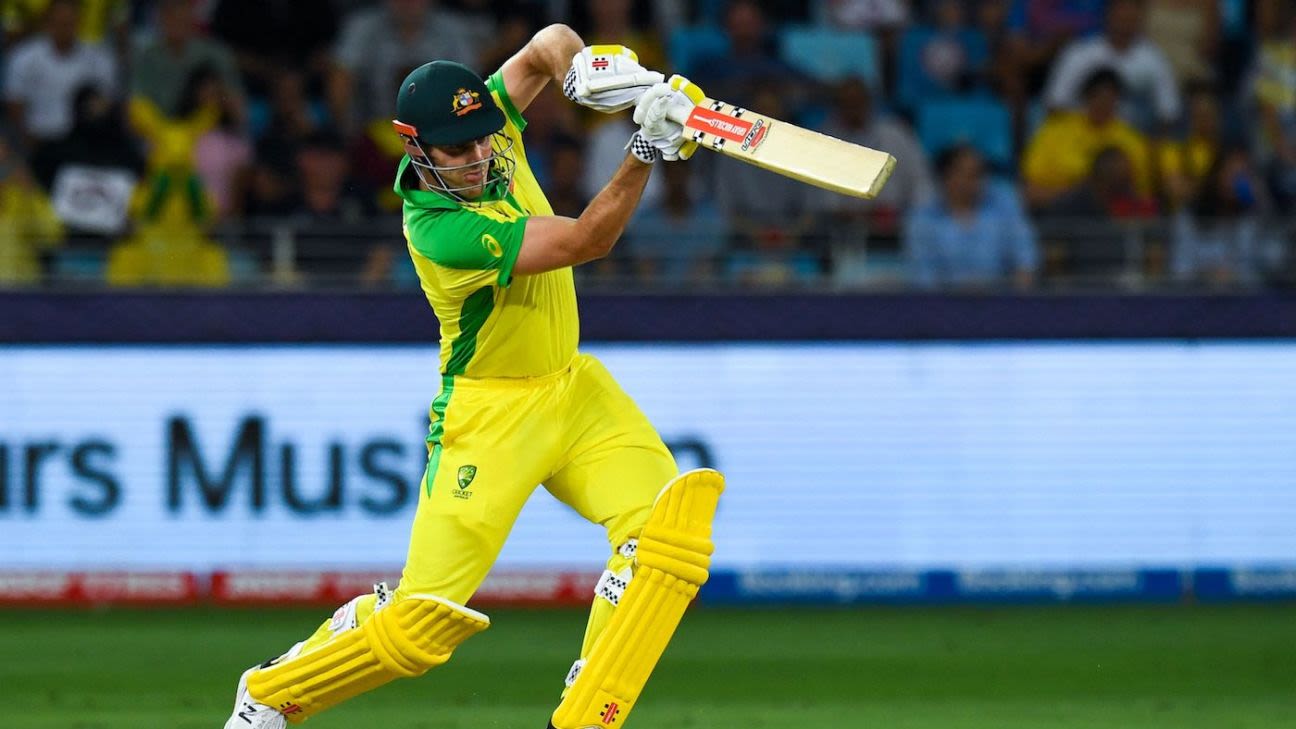 For the first time in his career, Mitchell Marsh has the belief he can match it with the world’s best. And after 10 years of international cricket, the difference is notable.
Australia’s T20I against Sri Lanka in Colombo on Tuesday will mark Marsh’s first international since he was the hero of last year’s T20 World Cup success.
Border closures and an injury in Pakistan have denied him international cricket since, while starring in the BBL and IPL. But he has no doubt he is in a far different place to the cricketer who forced his way back into Australia’s white-ball teams with key roles in understrength national sides before last year’s T20 World Cup.
Related
“As I have got a bit older and gained more experience, I have started to understand what works for me when it comes to preparation,” Marsh said from Colombo. “International cricket is really hard, but you have to believe you belong here.
“Over the last 12 months I have gained the belief that my best can match it with any player in the world.
“I think all the best players in the world have that mentality. That mentality allows me to go out there and play freely.  Being present throughout games and my lead-up to every game and every tour. It’s allowed me to have my most consistent 12 months of cricket.”
Marsh also puts his international renaissance down to consistency in his role, becoming a fixture at No.3 in T20 cricket and walking in during the powerplay. But the West Australian’s status in the one-day game is less clear.
Since missing selection in the 2019 World Cup, Marsh has played in 10 of the country’s 19 ODIs since. He batted at No. 3 and No. 4 in Australia’s most recent ODIs against West Indies last June, but that was part of a depleted team.
Marsh’s form means he will almost certainly feature in Australia’s five-match one-day series against Sri Lanka, with the team back at close to full-strength.
Theoretically, it should offer him his first shot at ensuring he features in next year’s ODI World Cup in similar conditions in India,
“I think about the last 12 months and 18 months seems a long way away,” Marsh said. “There’s no doubt that with the World Cups we have coming up, as a professional sportsperson that is what you strive for and want to be part of.
“Having been part of the T20 World Cup, having been part briefly of the 2015 World Cup win, the feeling [from those]…is probably the motivation.
“It’s not to get my spot or keep my spot…it’s to keep working hard to make sure I am there if we are in a position to win another World Cup for Australia and feel that again.”
Tags: Australia, Australia in Sri Lanka, Mitchell Marsh