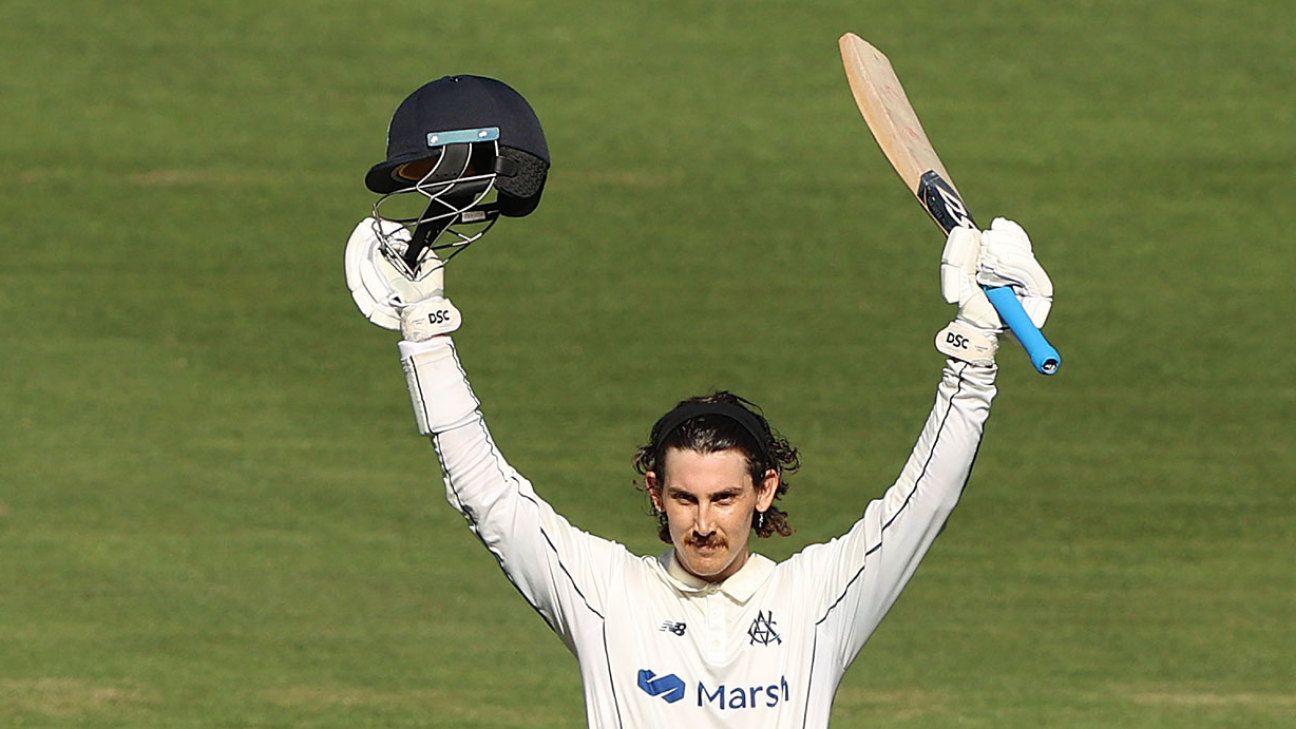 Nic Maddinson has lined up a stint in county cricket to further his prospects of an Australia recall in time for the 2023 Ashes.
Maddinson, 30, struggled in his three Tests in late 2016 but made 71 for Australia A against England Lions in December and is part of the squad that will shadow the Test tour of Sri Lanka next month.
He has set his sights on a return to Test cricket and is closing in on a deal with Durham to replace Keegan Petersen as their overseas player for the second half of the County Championship season. He may also feature in the Royal London Cup.
“It hasn’t been announced but I’m looking to go over to Durham,” he told RSN Breakfast Club. “They’ve got a South African, Keegan Petersen, over there at the moment playing for them for the first half of the season and then he has to head off.
“We’re just in the final stages of getting that signed off and hopefully it’s all smooth sailing from here and I can get over straight after Sri Lanka.”
Related
Maddinson has been a consistent performer in red-ball cricket in recent years and was the sixth-highest run-scorer in the Sheffield Shield this season, averaging 54.50 for Victoria with two hundreds in seven appearances.
“I’ve been very open in the last year to going over and playing in England,” he added. “I think with the stage of my career I’m at, I’m really prioritising four-day cricket.
“I feel like Test cricket is the ultimate goal for me still so I want to get as much experience in that around as possible and playing in England definitely ticks that box.
“With an Ashes coming up next year I felt like it was a pretty good opportunity to try and make it over there and get some experience in those conditions as well.”
Tags: Australia, County Championship Division Two, Durham, Nic Maddinson