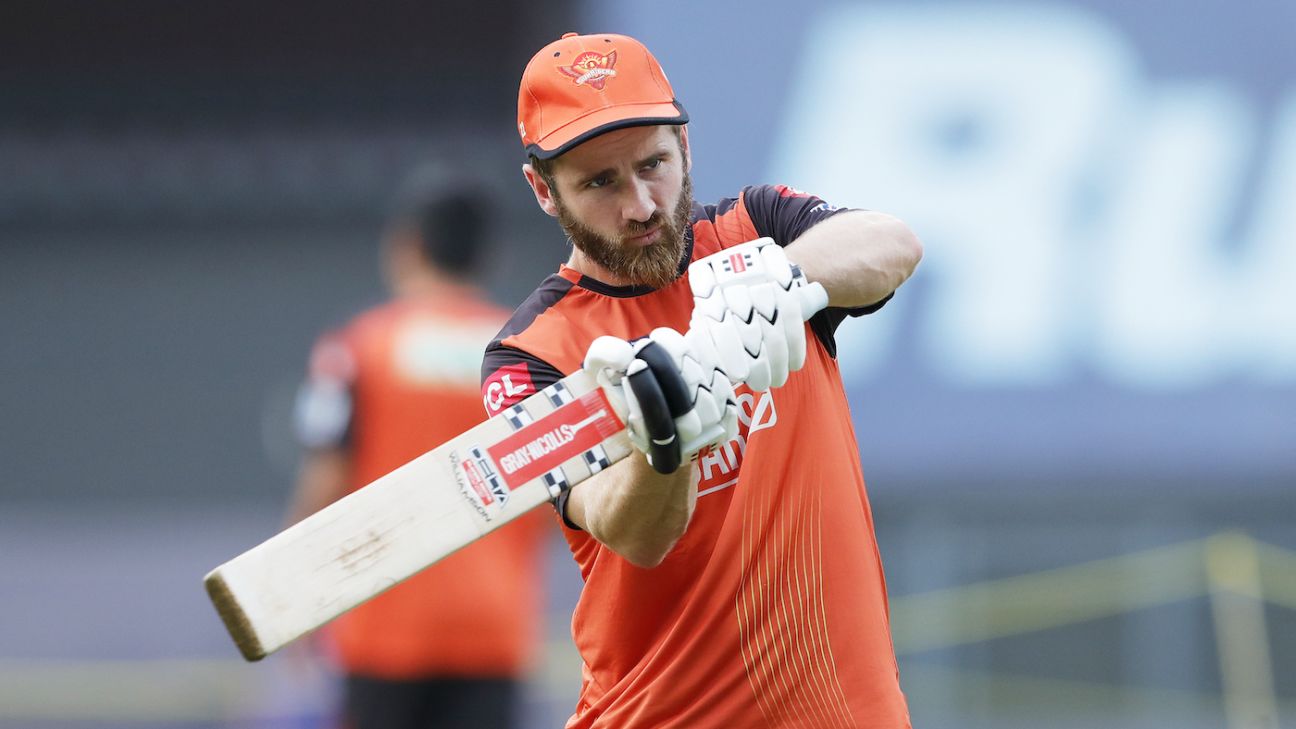 Sunrisers Hyderabad’s captain Kane Williamson will exit the IPL bubble to return to New Zealand for the impending birth of his second child.
“Here’s everyone at the #Riser camp wishing Kane Williamson and his wife a safe delivery and a lot of happiness,” the franchise posted on their social channel.
Bhuvneshwar Kumar, who has captained Sunrisers in the past, and Nicholas Pooran, West Indies’ new white-ball captain, are among the options to lead them in their last league fixture against Punjab Kings on May 22 at the Wankhede Stadium, if Williamson is to miss the match.
Both Sunrisers are Kings are still in the race for the playoffs, but only just. Their hopes hinge on Royal Challengers Bangalore and Delhi Capitals slipping up.
Williamson struggled for form so much this season that his strike rate of 93.50 is the worst among batters with a minimum of 100 runs. On Tuesday against Mumbai Indians, Williamson dropped down to No.6, with Priyam Garg instead partnering Abhishek Sharma at the top. After Garg set the platform with 42 off 26 balls, Rahul Tripathi and Pooran launched from there as Sunrisers reached 193 for 6. Williamson, who walked out to bat in the 18th over, made an unbeaten eight off seven balls.
With Williamson now potentially unavailable, fellow New Zealander Glenn Phillips might be in contention to make his debut for Sunrisers. Phillips can bat in the top as well as in the middle and bowl quickish offbreaks. He has also kept wicket in the past, but a back condition has limited that skill. Notably, Phillips was the top six-hitter in T20 cricket in 2021, with 97 sixes in 57 innings.
Tags: Bhuvneshwar Kumar, Indian Premier League, Kane Williamson, Nicholas Pooran, Sunrisers Hyderabad