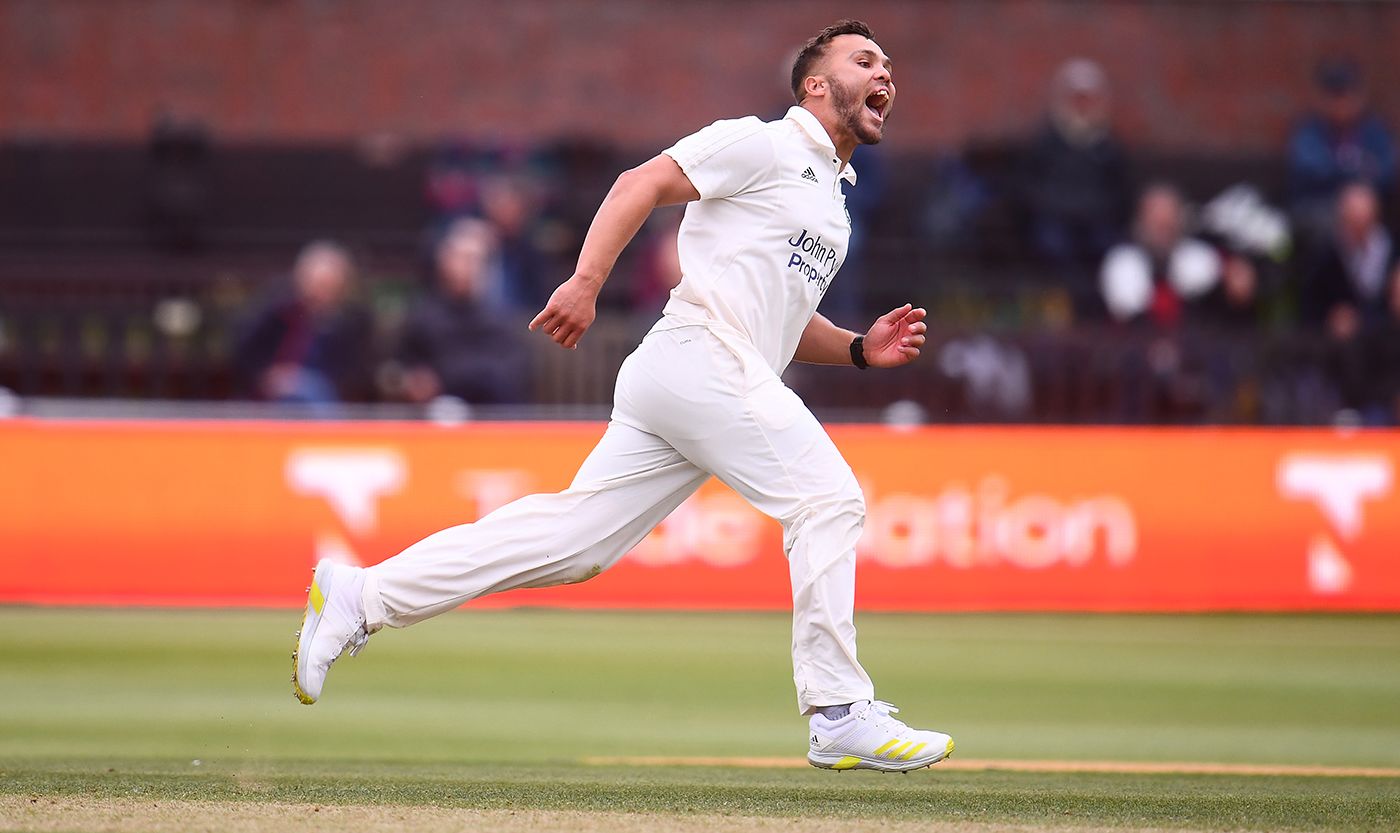 Nottinghamshire 358 (Duckett 86, Potts 4-50, Conners 4-93) and 3 for 0 need 162 more runs to beat Derbyshire 260 and 262 (Madsen 52, Hughes 49, Hurt 49, Paterson 3-35, Pattinson 3-59)
Derbyshire defied Nottinghamshire’s push for a three-day victory with a final0session fightback in the LV= Insurance County Championship match at Trent Bridge.
Trailing by 98 on first innings, Derbyshire slipped to 161 for 7, putting the home side within sight of the fourth win of the season that would take them back to the top of the Division Two table before attention turns to the Vitality Blast next week.
But Alex Hughes, a late call-up to the Derbyshire XI after Anuj Dal was injured on Thursday morning, led a show of post-tea resistance, sharing an eighth-wicket stand of 90 – the highest of the match from either side – with fast bowler Liam Hurt before Derbyshire were all out for 262, leaving Nottinghamshire still with work to do on the final day chasing 165 to win.
Hurt, making his Derbyshire debut on loan from Lancashire, posted a career-best 49 before he was caught behind off former Australian Test bowler James Pattinson. He hit six boundaries – four of them off England’s Stuart Broad. Hughes also missed out by one on a half-century when he was bowled by Pattinson, who took 3 for 59 with Dane Paterson finishing with 3 for 35.
Nottinghamshire, who were three without loss after facing two overs at the close, are still clear favourites to win but Derbyshire – unbeaten so far – can at least take credit for putting up a fight.
Related
Earlier, 19-year-old seamer Nick Potts, in only his third first-class match, took 4 for 50, his best return so far, and 23-year-old Sam Conners 4 for 93 as Nottinghamshire were bowled out for 358 in their first innings.
Potts struck in the first full over of the morning as Liam Patterson-White was leg before trying to work one, falling on 39. Broad was bowled by Conners making room for himself before Pattinson, having sent the previous delivery soaring over deep backward square for six, was caught at deep midwicket as he tried to clear the ropes again, giving Potts his fourth wicket.
Nottinghamshire’s first-innings lead looked still better when Broad then pinned Shan Masood in front for a third-ball duck, bringing an abrupt end to the Pakistan opener’s outside hope of completing 1,000 first-class runs in May. He remains on 844.
Brooke Guest was leg-before to a ball from Paterson that kept low, after which Billy Godleman’s third-wicket partnership with Wayne Madsen was beginning to look durable when Godleman, whose 27 had taken him past 10,000 all-format runs for Derbyshire, fell into a trap set by Paterson and was caught on the hook.
Madsen cut Steven Mullaney for three boundaries as Derbyshire wiped out the first-innings arrears yet two wickets in the space of seven deliveries saw them suddenly five down and only 26 in front.
Du Plooy looked unlucky, given out leg before as Lyndon James celebrated his first wicket in four matches, but there were no doubts over the demise of Luis Reece – carrying a groin injury and belatedly joined by a runner – who was caught behind off a snorter from Pattinson.
Madsen moved past fifty for the sixth time this season but then wafted at a ball from James to be caught behind, plunging Derbyshire into seemingly terminal decline at tea, effectively 40 for 6.
Patterson-White had Alex Thomson lbw on the back foot as Derbyshire slipped into more trouble but, one low chance to Moores on 23 apart, Hurt stuck with Hughes impressively and their efforts kept Derbyshire in the game against the odds.
Tags: Alex Hughes, County Championship Division Two, Dane Paterson, Derbyshire, Derbyshire vs Notts, James Pattinson, Liam Hurt, Nick Potts, Nottinghamshire