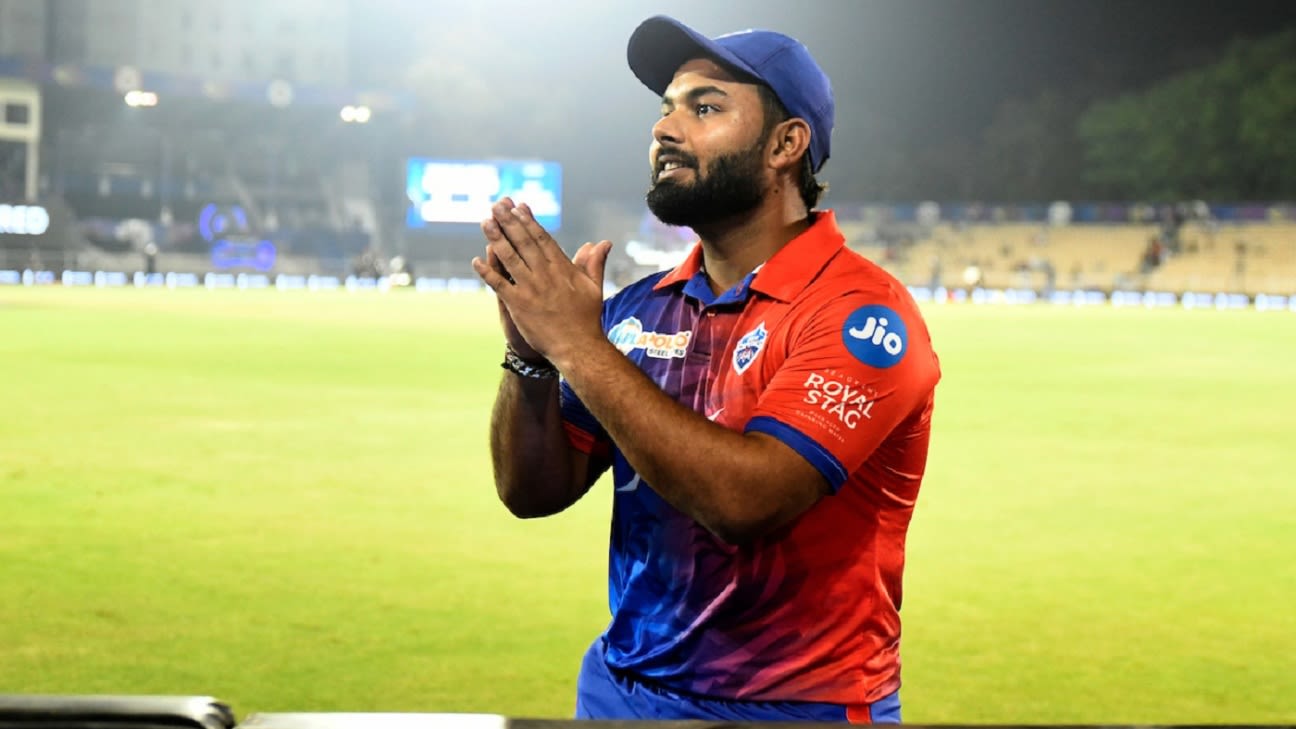 Royal Challengers Bangalore fans have been sending out pleas to Mumbai Indians on social media platforms. Putting aside the rivalries and schadenfreude from the past, they will be supporting Mumbai, at least for a day. In a bid to stay alive in the competition, Royal Challengers have accomplished what was in their control – beat Gujarat Titans in their last league match. They’ve knocked Sunrisers Hyderabad and Punjab Kings out of the tournament, and now have just Delhi Capitals to worry about. It’s simple: if Capitals beat Mumbai on Saturday, it’s all over for Royal Challengers.

Watch live in the USA

If you’re in the USA, you can watch the match live on ESPN+.

Or, to put it the other way, Capitals’ fate is in their own hands. After a huge loss against Chennai Super Kings, they came back to win their next two matches convincingly. Their net run rate of 0.255 adds to their advantage.
Mitchell Marsh, in the last few games, has been the backbone of the batting line-up, while David Warner has served up a few Warner specials this season. With Prithvi Shaw out with illness, they have had to make some changes at the top, but Sarfaraz Khan’s striking in the last match is likely to convince the management to persist with him. The bowling unit has regrouped well in the last couple of games after they were taken apart by Super Kings. However, all eyes will be on captain Rishabh Pant, who hasn’t been at his best this season. Can Pant help Capitals land a knockout blow on Royal Challengers and write himself a redemption story?
Mumbai have had a dismal season, but they have been quite unpredictable in their last few games. They put an end to Super Kings’ playoff hopes by handing them a thrashing. They also beat Rajasthan Royals and table-toppers Gujarat Titans in back-to-back games. They even came so close to winning against Sunrisers. Despite enduring their worst-ever IPL season, Mumbai want to go out on a high, their captain Rohit Sharma had said after their match against Sunrisers. While they would want to rework their core group for the next season, they will also have a few positives to reflect on, especially Tim David’s contributions in the middle order and the emergence of young Tilak Varma, who is currently their highest run-getter this season.

Shaw, who has been discharged from the hospital after recovering from typhoid, is unlikely to be available for this game too. While he has rejoined the Capitals camp, assistant coach Shane Watson had said earlier that Shaw might not be available for the rest of the league games.

Marsh has looked in good touch, scoring fifties in the last two games. He has the experience of playing under pressure – a recent example being his performances for Australia at the T20 World Cup last year. While he has done well against quicks this season, scoring at a strike rate of 152.54 and averaging 60, he has significantly slowed down against spinners. He has scored just 71 runs off 70 balls against spin, in addition to being dismissed thrice. Mumbai can deploy spin from both ends when Marsh is at the crease to keep him quiet.