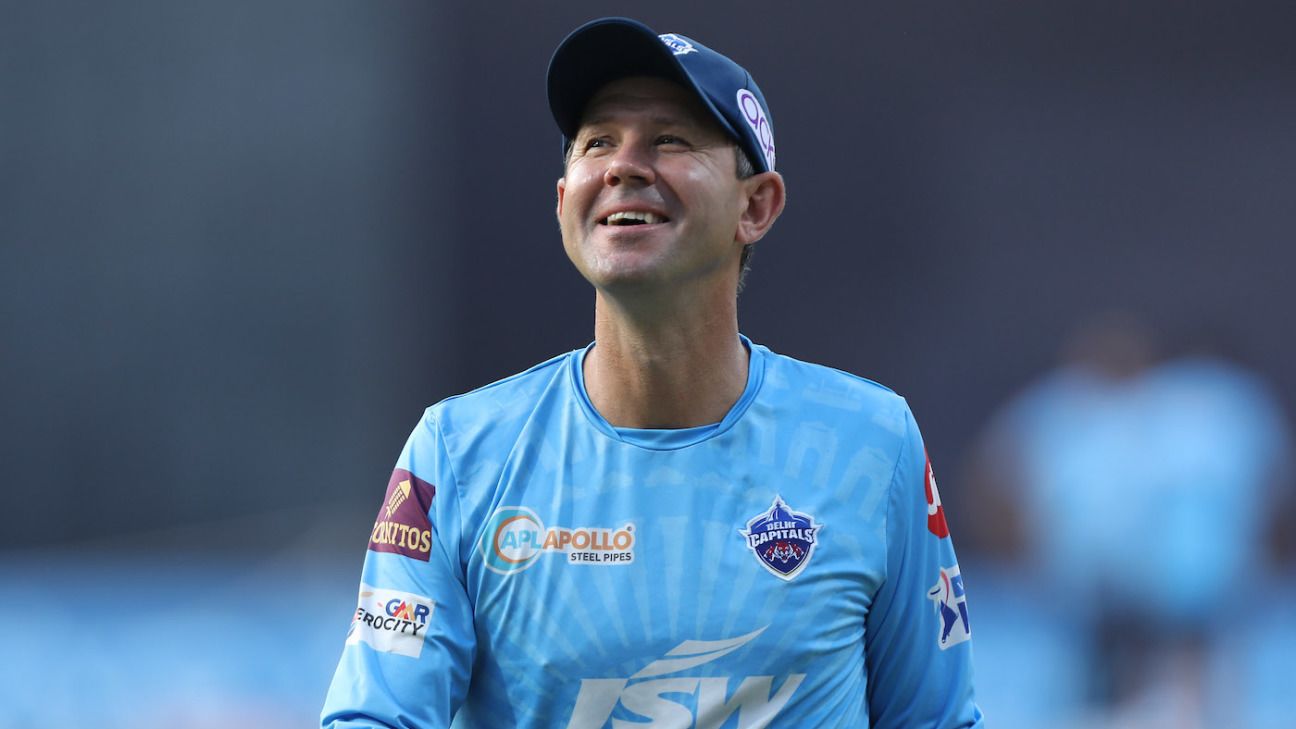 Former Australia captain Ricky Ponting has been unveiled as Hobart Hurricanes’ head of strategy in a major coup for the BBL club as they continue to chase their first title.
Ponting has signed a three-year contract to work in a part-time capacity for Hurricanes while continuing his role as a commentator for Channel Seven during the Australian summer, including on BBL games, as well as coaching Delhi Capitals in the IPL.
Ponting has been brought on board to help assist Hurricanes with coaching appointments, list management, strategy and culture after they missed the finals last season. Ponting’s first task is to help Hurricanes appoint a new head coach after Adam Griffith resigned at the end of last season. Griffith also stood down from his role as Cricket Tasmania’s director of coaching.
Former Australia coach Justin Langer, who is very close with Ponting, has been linked to the Hurricanes role but is still yet to make a decision on his coaching future following his acrimonious departure from the Australia men’s job.
Ponting will also work with the appointed coach on list management decisions as well as team strategy and culture. But he will not have a day-to-day role with the team during the season and will remain in place as a commentator.
Ponting played eight matches for Hurricanes across the inaugural two seasons of the BBL, which were his last two seasons in professional cricket. They were the only matches he played in the BBL before retiring but he said he was thrilled to return to the club he still supports.
Related
“The competition and the game itself have changed enormously from when I played for the Hurricanes back in BBL 01 and BBL 02, and I now know so much more about the nuances of the T20 game now than I did then,” Ponting said.
“I’m passionate about the progression of Tasmanian and Australian cricket across all forms of the game, so to be asked to take on such a critical role for the Hurricanes is really special.
“I’m looking forward to getting to work and securing the best coach for what we need, then building a plan for the team to execute next season.
“With a few tweaks in a couple of key areas, I believe the Hurricanes have the foundations to win our first BBL trophy.”
Ricky Ponting raises his bat after scoring a half-century for Hurricanes•Getty Images
Cricket Tasmania CEO Dominic Baker said persistence paid off after pursuing Ponting relentlessly to come onboard.
“To be honest, I think Ricky probably just said ‘yes’ as he was sick of me hassling him to come and join us,” Baker said. “But really, it is such a win for not only the Hurricanes and Tasmanian cricket, but for the League itself.
“In my mind, Ricky is undoubtedly the best T20 strategist in the world, and as a proud Tasmanian, we are thrilled to have him overseeing the direction of Tasmania’s team for at least the next three seasons.”
Ponting has not had an official off-field role in the BBL outside of his commentary work despite being one of the most sought-after coaches in the IPL. He has worked as a coaching consultant for Australia in limited-overs cricket under both Darren Lehmann and Langer. His last stint with the Australian men’s team was during the 2019 ODI World Cup.
Meanwhile, Griffith has been appointed as Victoria’s new bowling coach under Chris Rogers. Griffith replaces Mick Lewis who departed the role last summer to join Essex in England. Victoria also needs to replace former assistant Andre Borovec after he was appointed as a full-time assistant coach with Australia’s men’s team.
Elsewhere, Perth Scorchers and Western Australia have appointed former WA and Tasmania seamer Tim Macdonald as their new bowling coach after Matt Mason departed at the end of the season to join Warwickshire in the UK. Macdonald returns to WA having spent the past two years as England women’s bowling coach under Lisa Keightley. Macdonald worked as Scorchers women’s bowling coach, also under Keightley, prior to both joining the England women’s team ahead of the 2020 T20 World Cup.
Tags: Adam Griffith, Hobart Hurricanes, Ricky Ponting, Tim Macdonald, Victoria