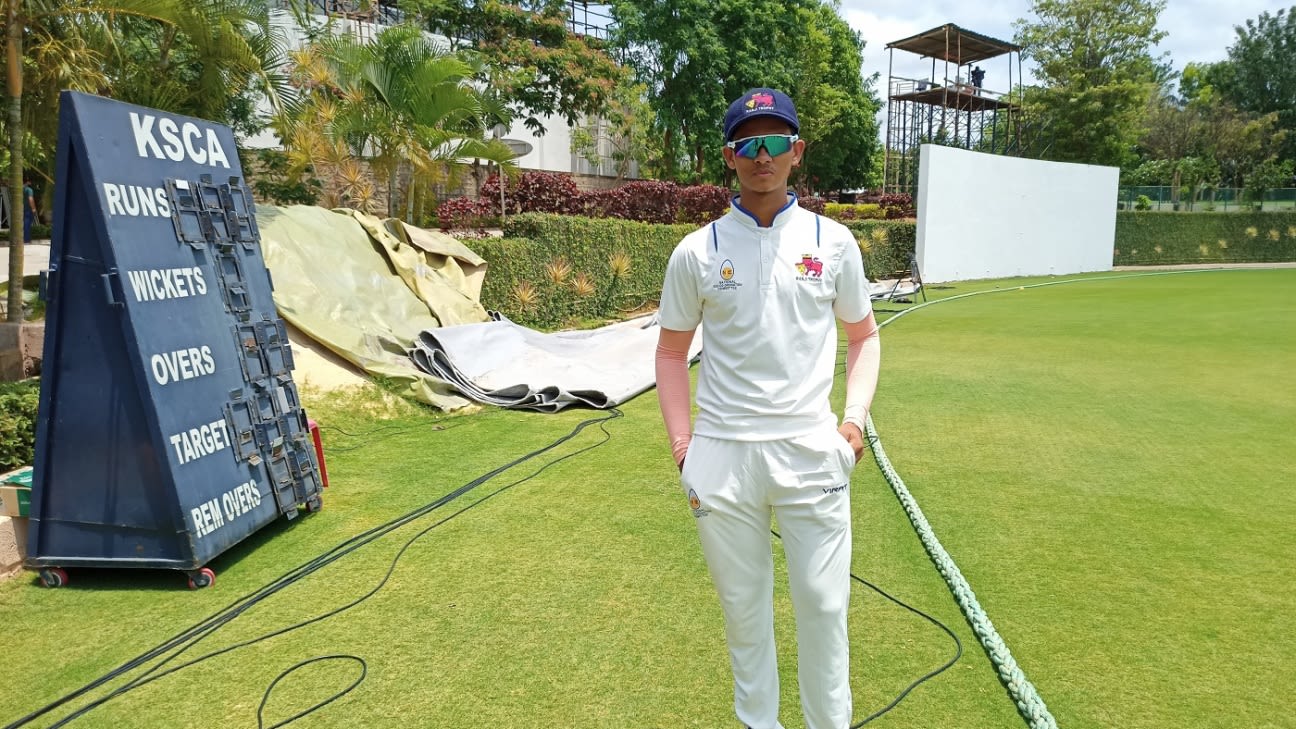 It was a complete performance for Mumbai: they broke the record for the biggest victory margin by runs in first-class cricket, debutant batter Suved Parkar hit 252, Sarfaraz Khan continued his rich form in the format with 153, Shams Mulani bagged his fifth five-for this Ranji season, and openers Prithvi Shaw and Yashasvi Jaiswal got good runs in the second innings.
A 725-run win against Uttarakhand came after a two-month break split the tournament – a challenge by itself. During the interval, some of the Mumbai players were involved in IPL and some not. Either way, it was a problem. One group had to adapt to a complete change of format; the other to a long time spent away from the game.
“It’s been a challenging season – there’s no doubt,” Mumbai coach Amol Muzumdar said. “It’s been an up-and-down season in terms of planning and preparation. But as a coach, I am glad that we’ve managed to prepare and plan it correctly. It’s been a challenge nevertheless. I enjoyed working with the guys who were not involved in the IPL in the heat of April and May.”
Related
Mumbai’s batting line-up was without senior batters Ajinkya Rahane, Suryakumar Yadav and Shreyas Iyer. Rahane and Suryakumar were injured during the IPL, while Iyer was away on national duty. And so this is what Mumbai’s batting order looked like: Jaiswal at the top, playing just his second first-class game after a debut in January 2019; Armaan Jaffer at No. 3, playing his seventh match; and Parkar at No. 4, on debut.
“We very well knew what we were getting into,” Muzumdar said. “The amount of hard work that these guys have done in the months of April and May was just terrific. And once you have worked hard, you are confident. Yes, we missed Rahane, Surya and Shreyas. At the same time, these guys are good enough. They have shown it – in this game at least.”
Parkar threatened to break the record for the highest score by a first-class debutant playing for Mumbai, a feat held by none other than Muzumdar himself.
“Obviously, I was really looking forward to it,” the coach said. “I was expecting him to break it because I wanted to feel that the world has come a full circle – me getting 260 in 1994, and watching it in my first year as a coach being broken.
“Unfortunately he got run-out, [we] can’t help it. But [it] doesn’t take anything away from him. What a stupendous knock it was. An unbelievable knock. The composure, the calmness, and just the quality of strokeplay he exhibited was tremendous.”

‘I really want to get the Ranji Trophy’ – Jaiswal

The Ranji Trophy quarter-final was Jaiswal’s first first-class game after more than three years. Mumbai didn’t pick him at the group stages. Then came the roller-coaster that is the IPL. And now, all of a sudden, he was out there opening the batting for the most decorated domestic team in the country.
Jaiswal did very well to deal with all of that, and as reward for his composure, he walked away with his maiden first-class hundred. “Of course the first century in first-class cricket matters a lot for me,” he said. “I will always remember it. My last Ranji game was in 2018 [2019], after which I wasn’t available since I was playing the U-19 World Cup. After that came Covid-19. So it’s a good comeback for me, and my mindset was always such that I need to perform should I get a chance.”
Having represented India Under-19 in the 2020 World Cup, Jaiswal is clearly feeling a change in environment, from being around age-group cricketers to spending time with some big names of the domestic circuit.
“If you play U-19, the guys are not so experienced. But if you play here, everyone is,” he said. “If they get a chance, they will prove it. That is what you learn from the senior players. You have to push yourself to learn how to do it; that you need to work hard in the nets, in your mind and in your physique.
“Four-day and five-day games aren’t going to be easy. You are going to be fielding for 100 overs, so you have to be tough to go and perform there.”
Jaiswal added that he is “really glad and blessed” to be playing for Mumbai, and is keen to win the big tournament for his side. “Surya bhai and Aditya [Tare] bhai have motivated me a lot. When I look at Shaw bhai, I feel that I can also do it. And of course there is Amol sir, who has helped me a lot so that I can prove myself. I really want to get the Ranji Trophy. For that, we’ll try our best that we win.”
Tags: Amol Muzumdar, India, Mumbai (Bombay), Mumbai vs Uttarakhand, Ranji Trophy, Suved Parkar, Yashasvi Jaiswal