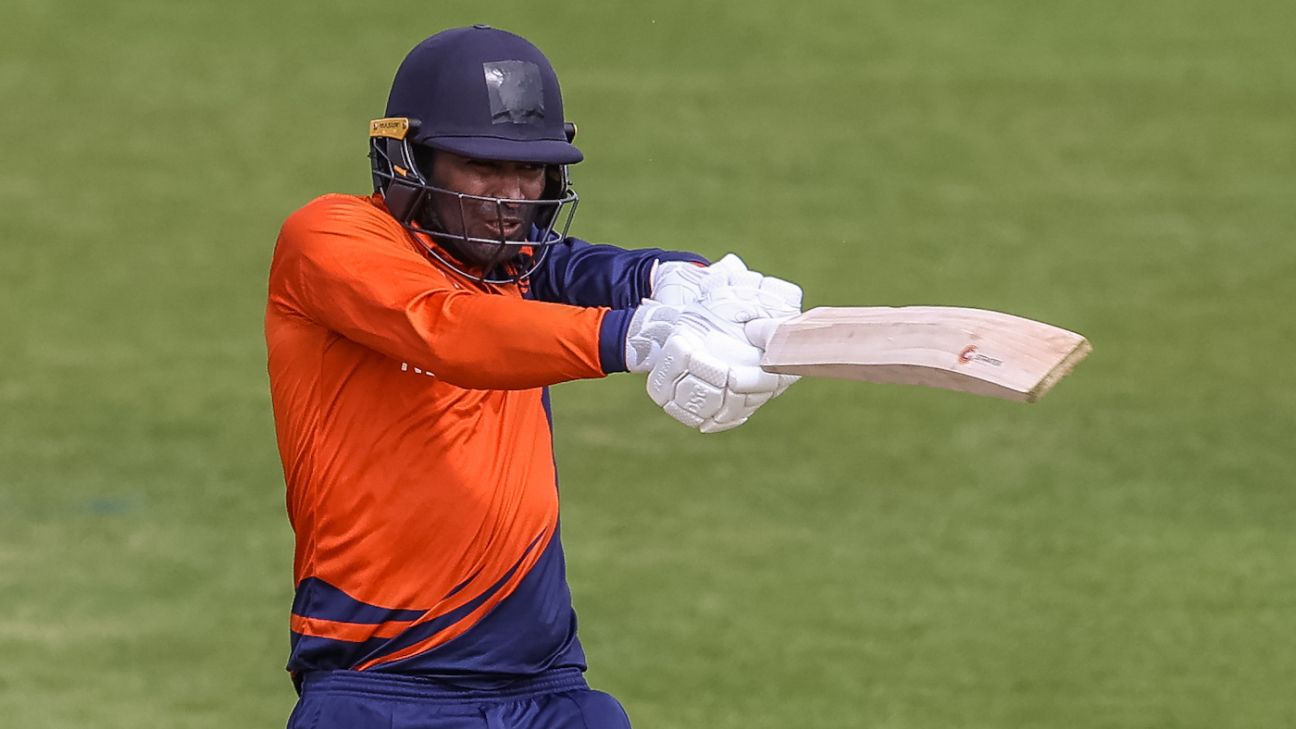 Teja Nidamanuru, an allrounder who has featured for Auckland in the past, and batter Antonius Staal, who has played 14 T20Is but never an ODI, have been included in Netherlands’ squad for their upcoming home ODI series at home against West Indies.

Also named in the squad after serving a ball-tampering ban was Vivian Kingma, while opening batter Musa Ahmed has also made a comeback after missing Netherlands’ last series, against New Zealand.
Veteran Stephan Myburgh, who made a 45-ball-64 in his last outing, against New Zealand in Hamilton, is not part of the squad having announced his ODI retirement after that game. Brandon Glover’s was the other name missing from the squad that played the New Zealand ODIs. The quick bowler had gone wicketless in both the games he featured in on that tour.
Fred Klaassen, the Kent left-arm seamer, is the only player with a county contract who has been named in the squad.
Related
The three-ODI series will start on May 31, with all matches played in Amstelveen. The matches will be part of the World Cup Super League, where Netherlands are currently placed 13th. Their summer will also involve Super League games against England and Pakistan, at home, in June and August respectively.
Squad: Pieter Seelaar (capt), Scott Edwards (wk), Shariz Ahmad, Logan van Beek, Philippe Boissevain, Aryan Dutt, Clayton Floyd, Fred Klaassen, Vivian Kingma, Ryan Klein, Bas de Leede, Musa Nadeem Ahmed, Teja Nidamanuru, Max O’Dowd, Vikram Singh, Antonius Staal
Tags: Antonius Staal, Musa Ahmed, Netherlands, Stephan Myburgh, Teja Nidamanuru, Vivian Kingma, West Indies, West Indies in Netherlands