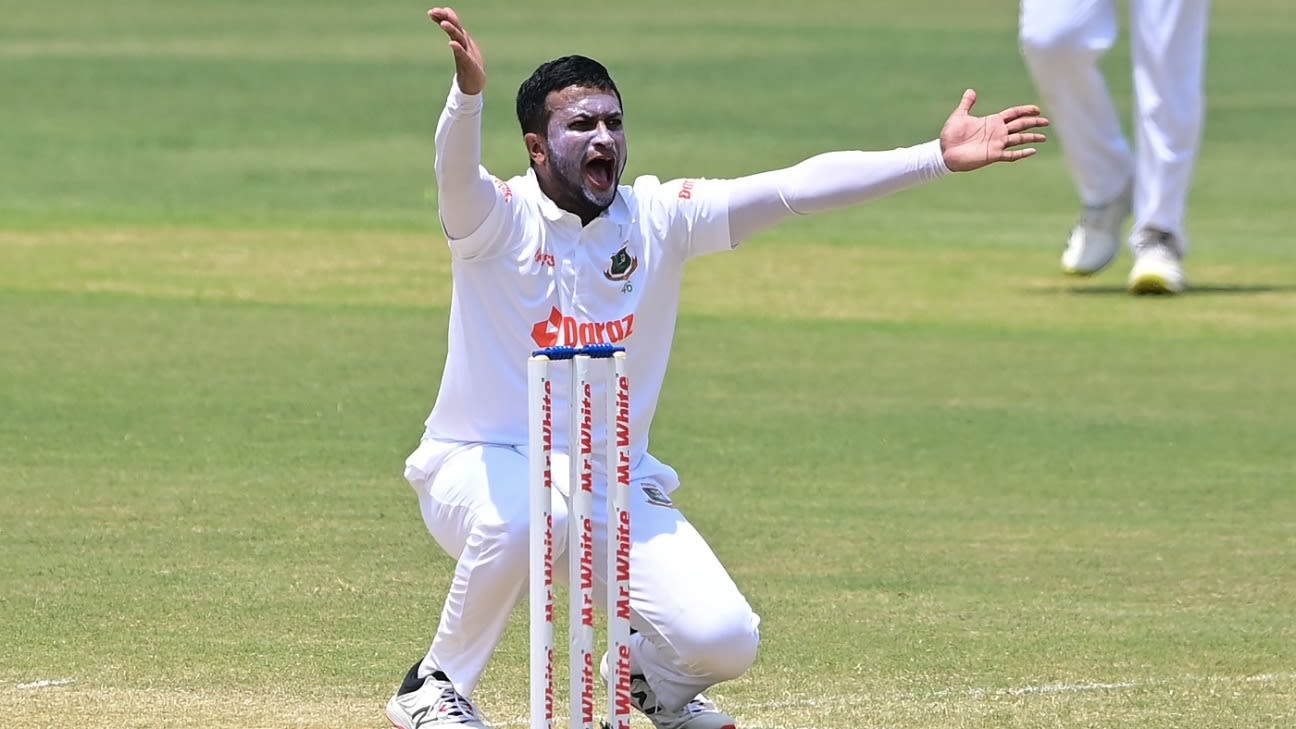 On a flat Chattogram surface, neither Bangladesh nor Sri Lanka had the kind of superlative attack that would have swung the game decisively. The result being the first Test ending in a draw with not even three innings completed after five days. Although Sri Lanka and Bangladesh have both had their bowling stocks depleted – Sri Lanka unlikely to field Vishwa Fernando; Bangladesh having lost Nayeem Hasan to a finger injury and Shoriful Islam to a fractured hand – the Mirpur surface has very rarely hosted draws. Both squads are awash with spin options. Historically, Bangladesh have picked three slow bowlers and one seamer in Mirpur. The pitch, this time around too, is expected to take sharp turn.
Bangladesh have won five of their last eight Tests here, but perhaps that stat is slightly misleading, because they are on a two-game losing streak in Mirpur. Last year, finger spinners Rahkeem Cornwall and Sajid Khan took them down, delivering wins for West Indies and Pakistan respectively.
Related
The problem for Sri Lanka, however, is that neither left-arm spinner Lasith Embuldeniya, nor offspinner Ramesh Mendis, were especially impressive in Chattogram, taking just 1 for 123 between them. They do have another frontline spinner in the squad though – slow left-armer Praveen Jayawickrama has already helped win a match against Bangladesh, when he took 11 wickets against them in Pallekele, last year.
The batting order for both teams is in decent shape heading into this game. Oshada Fernando and Dhananjaya de Silva continue to be short of big runs for Sri Lanka, but the other batters have made solid contributions. For Bangladesh, Tamim Iqbal and Mushfiqur Rahim struck hundreds, while Mahmudul Hasan Joy and Liton Das made half-centuries in the first Test.
Both teams have busy schedules coming up. While Bangladesh go to West Indies for another World Test Championship series post the Test, Sri Lanka host Australia, then Pakistan, at home. These teams are so far back on the Championship table that it seems unlikely either can make a serious run for that top two, but a victory here will at least help keep the dream alive.

2, 5, 6, 2, 0, 37, 0 – so read the last six scores of Mominul Haque, despite him having started the year with an excellent performance in that spectacular Test win against New Zealand. This Bangladesh side has several past captains, and the captaincy seems to have weighed heavily on all of them. If Mominul can get himself to a big score in Dhaka, he will feel much better about his leadership.
Now essentially a single-format player on the cusp of turning 35, Angelo Mathews’ international career may be entering its twilight. He will hope that in this format at least, there can be a late renaissance, perhaps put in motion by that Chattogram 199. With a tough couple of home series coming up, Sri Lanka need their most-experienced batter near his best in June and July.

Some rain is forecast for the first two days in Mirpur, but then the clouds are expected to clear, and temperatures are expected to rise to as high as 39 degrees for the rest of the week. Even if there are rain interruptions, there tends to be a result on this spin-friendly surface.