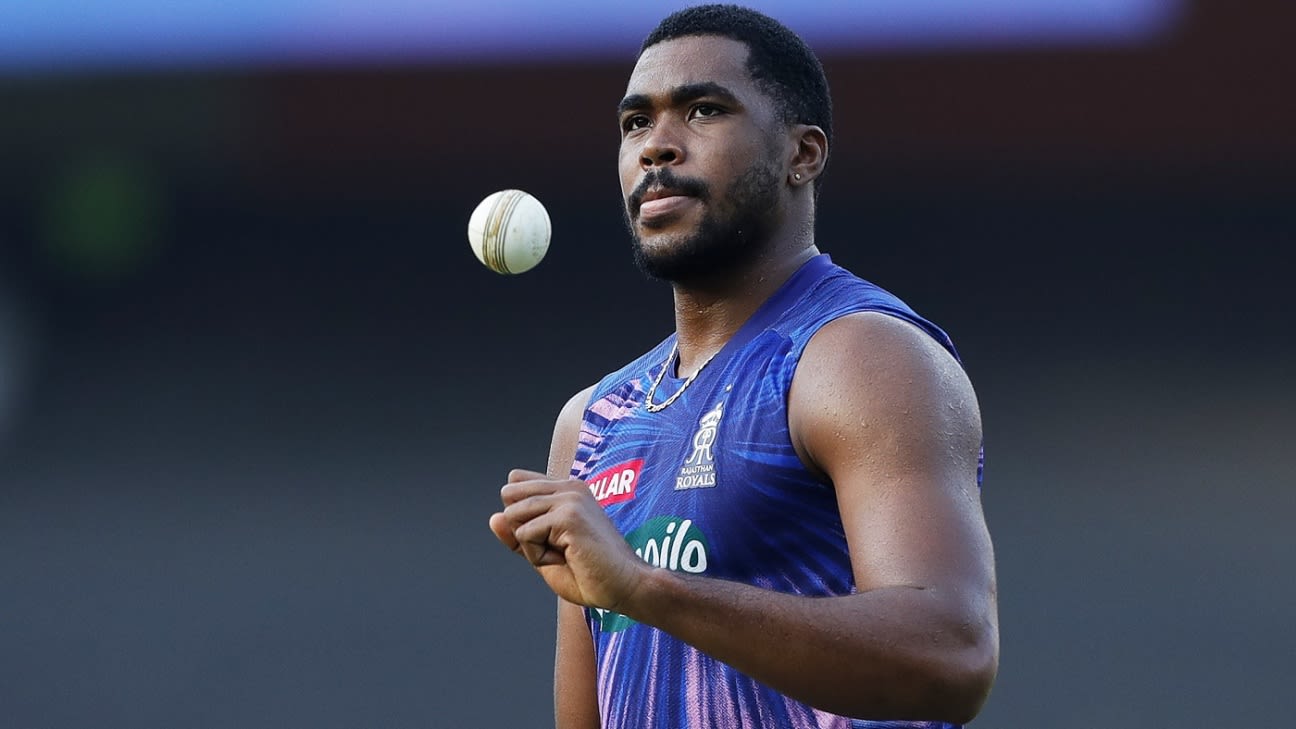 Recruitment in county cricket has never been tougher, as evidenced by Sussex’s decision to sign a fifth overseas player for their T20 Blast campaign in Obed McCoy.
The pandemic’s effect on the Future Tours Programme has seen countless postponed tours rearranged at short notice, leaving counties in the dark as to who will be available when. Some players have also faced visa issues due to a Home Office backlog.
Counties can register up to three overseas players simultaneously but only field two in a single playing XI and Sussex had initially planned to split their slots for the Blast between Mohammad Rizwan and Rashid Khan.
But it became apparent on the day Rizwan’s signing was confirmed that things would not be that straightforward, with Pakistan announcing new dates for their ODI series against West Indies right in the middle of the Blast’s schedule.
Related
Sussex initially signed Josh Philippe as a partial replacement but his availability was then limited by an Australia A tour to Sri Lanka. That prompted the recruitment of Tim Seifert as a third keeper-batter for a short stint in the middle of the season.
But Rashid’s involvement in the IPL knockout stages – his Gujarat Titans side are in Sunday’s final – and an Afghanistan tour to Zimbabwe means he will only play the final six group games. That means McCoy, the West Indies fast bowler, will join for around four games as a replacement – albeit hardly a like-for-like one.
Sussex have remained upbeat publicly with a club statement declaring they were “delighted” to announce McCoy’s arrival. However, the preparation of an infographic outlining which of their five recruits will be available for which match underlines the sense of chaos – not least with an asterisk reminding supporters that their plans were subject to change.
“Obed will be a fantastic addition to our team,” James Kirtley, their T20 head coach, said. “He is an up-and-coming world class T20 cricketer. Fresh off a very successful IPL, he can bowl with pace and has great skills at the death.”
Sussex started the season with a defeat at home to Glamorgan on Thursday night in front of a crowd of just 2,209 at Hove, suggesting the involvement of big-name overseas players has done little to help ticket sales. They travel to Bristol on Friday night to play Gloucestershire.
Tags: Josh Philippe, Mohammad Rizwan, Obed McCoy, Rashid Khan, Sussex, Tim Seifert, Vitality Blast