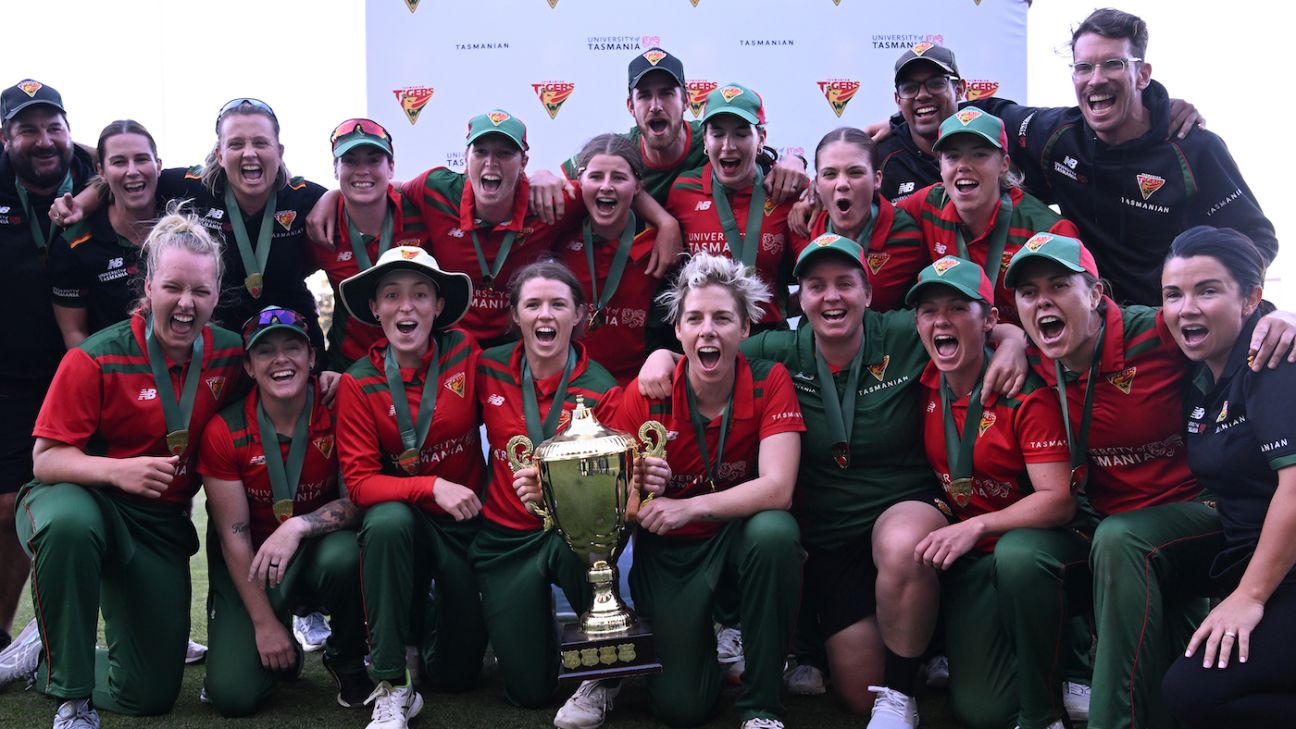 Australia’s all-conquering women’s team will only play six days of international cricket at home during the 2022-23 season but players believe benefits will be felt elsewhere in the game with availability for domestic cricket.
The summer will feature three ODIs and three T20Is against Pakistan in January before the T20 World Cup in South Africa. There is also a five-match T20I tour of India penciled in for mid-December, but in terms of a presence on their own soil, it is a significant reduction from the 2021-22 season which featured two multi-format visits by India and England that provided 22 scheduled days of cricket.
However, the byproduct of how the latest fixture list has fallen is that the expanded Women’s National Cricket League (WNCL) could see far more of the Australian contracted players than has been the case in the last few years.
That competition, which will be a full home-and-away structure for the first time under a deal struck in the recent MoU agreement, is expected to start in late September prior to the WBBL in a window that has previously seen Australia in action while the last two seasons have also had to navigate Covid-19 border closures.
Related
“It [six matches] looks a little short and not much opportunity to wear the green and gold on Australian soil, but by the same token it’s a great opportunity for us to spend some time playing domestic cricket,” Beth Mooney, who did not feature for Queensland last season and has since moved to Western Australia, said. “The opportunity for us to go back and play a bit more WNCL leading into WBBL is certainly a bonus for Australian cricket and global cricket.
“Our competition absolutely thrives and brings out the best in players and the ability for us to perform on the biggest stage in the Australian colours. There’s no doubt in my mind that it’s a positive for us to be doing that.”
Allrounder Ellyse Perry, who managed two games for Victoria last summer, was hopeful that most of the 12 rounds of the WNCL would see Australian players available although some the tournament will likely clash with the T20 World Cup in South Africa during February.
“It’s wonderful to have Pakistan coming out and we also have an away tour in December so there is a lot of cricket in there,” she said. “The opportunity for there to be more domestic cricket this year for the internationally contracted players is brilliant. That competition has a rich history in women’s cricket and it’s also a great ground to develop a lot of players, so to have that at full strength for hopefully close to 12 games will be wonderful.
“As summers evolve I’m sure they’ll be more games for the Australian women’s team on home soil but this time around, the way it fits and the opportunities we’ve got for the game is great.”
After last summer’s two Tests against India and England, as life was breathed back into the format in the women’s game, Australia won’t play one next season with Pakistan not yet at the stage to consider the game again. South Africa will rejoin the Test fold next month against England but there is an awareness that the game is developing at differing pace around the world.
“The first step in that is the two extra teams being added to the Women’s Championship cycle,” Mooney said. “Whilst we do want to play more long-form cricket it’s not going to happen overnight and we know that. Teams have to be prepared and understand how to play that form of the game.
“Pakistan are a great team in their own right but perhaps in two or three years they’ll be ready to play a Test against us. I’m sure down the track we’ll have a lot more opportunity to play longer-form cricket but, at the moment, while we are trying to grow the game around the world, I think it’s really important to remember there’s a few more steps that have to be taken before we get there with every other team in the world.”
Australia will return to action in July when they travel to Ireland for a tri-series that also features Pakistan ahead of the historic Commonwealth Games appearance in Birmingham. They will have a training camp in Brisbane during June which will be the first time for the squad to meet up under interim head coach Shelley Nitschke following the departure of Matthew Mott to the England men’s white-ball job.
Tags: Australia Women, Beth Mooney, Ellyse Perry