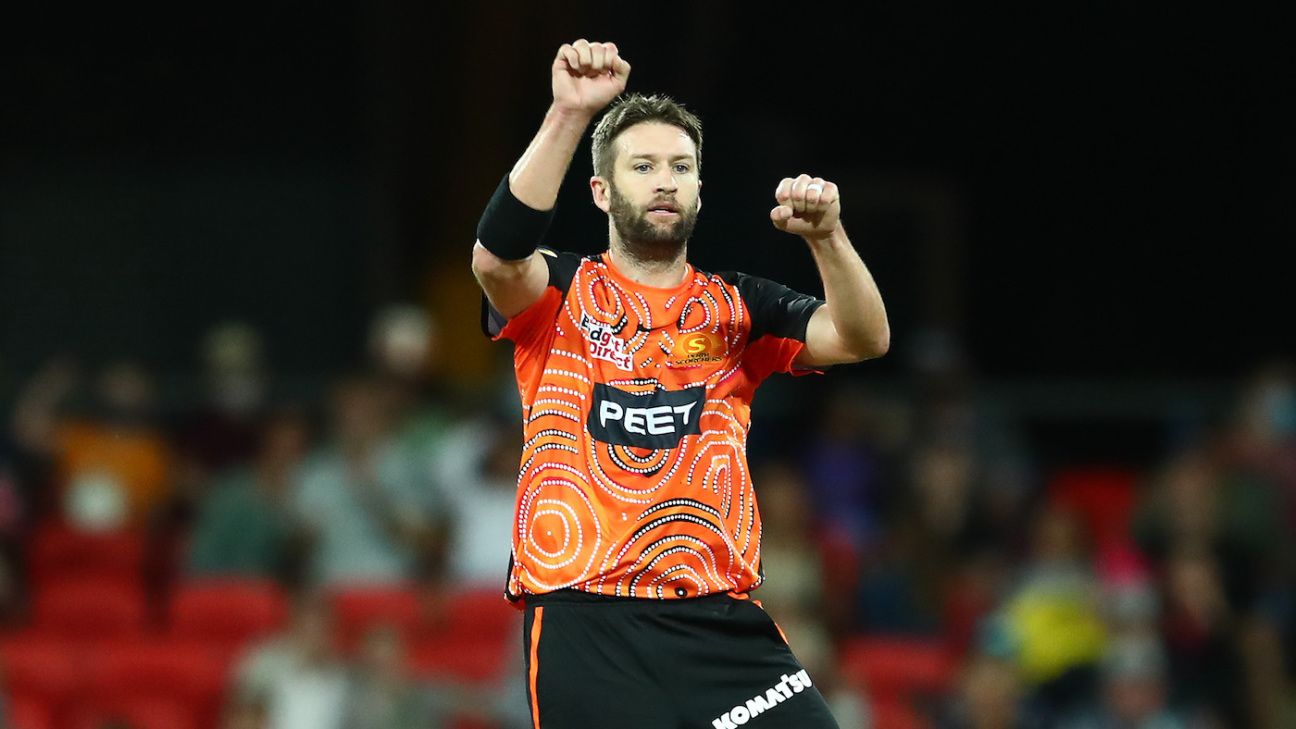 Durham have brought in Andrew Tye, the Australian seamer, for the rest of the Vitality Blast after Ashton Turner, their new T20 captain, suffered a shoulder injury.
Turner was forced to retire hurt during Durham’s defeat to Northamptonshire on Friday night, his second game as captain, after jarring his left shoulder while diving to make his ground.
The club said in a statement that Turner has “begun a process of rehabilitation” with their medical staff and that he will be regularly assessed with the hope that he will be fit enough to play a part later in the group stages.
Related
Tye, Turner’s Perth Scorchers team-mate, is by no means a like-for-like replacement but will bolster a bowling attack that has leaked 9.42 runs an over across the opening three games of the season. Matthew Potts, who will make his England Test debut on Thursday, has been a big miss.
Tye is available to make his debut against Worcestershire on Wednesday night. “There are still lots of games to play and having lost Ashton Turner to injury we were keen to act quickly on a replacement,” Marcus North, Durham’s director of cricket, said.
Tye played several seasons of club cricket for Chester-le-Street as a young player and also appeared for Durham’s second XI. He has previously appeared in the Blast for Gloucestershire, where he played in 2016, 2018 and 2019.
Counties are allowed to have three overseas players registered simultaneously but can only pick two in a single game. Durham already have David Bedingham on their books, who may miss out if Turner and Tye are both available later in the group stages.
Liam Trevaskis captained Durham on Sunday in their defeat to Birmingham Bears and is expected to continue in the role.
Tags: Andrew Tye, Ashton Turner, Durham, Vitality Blast