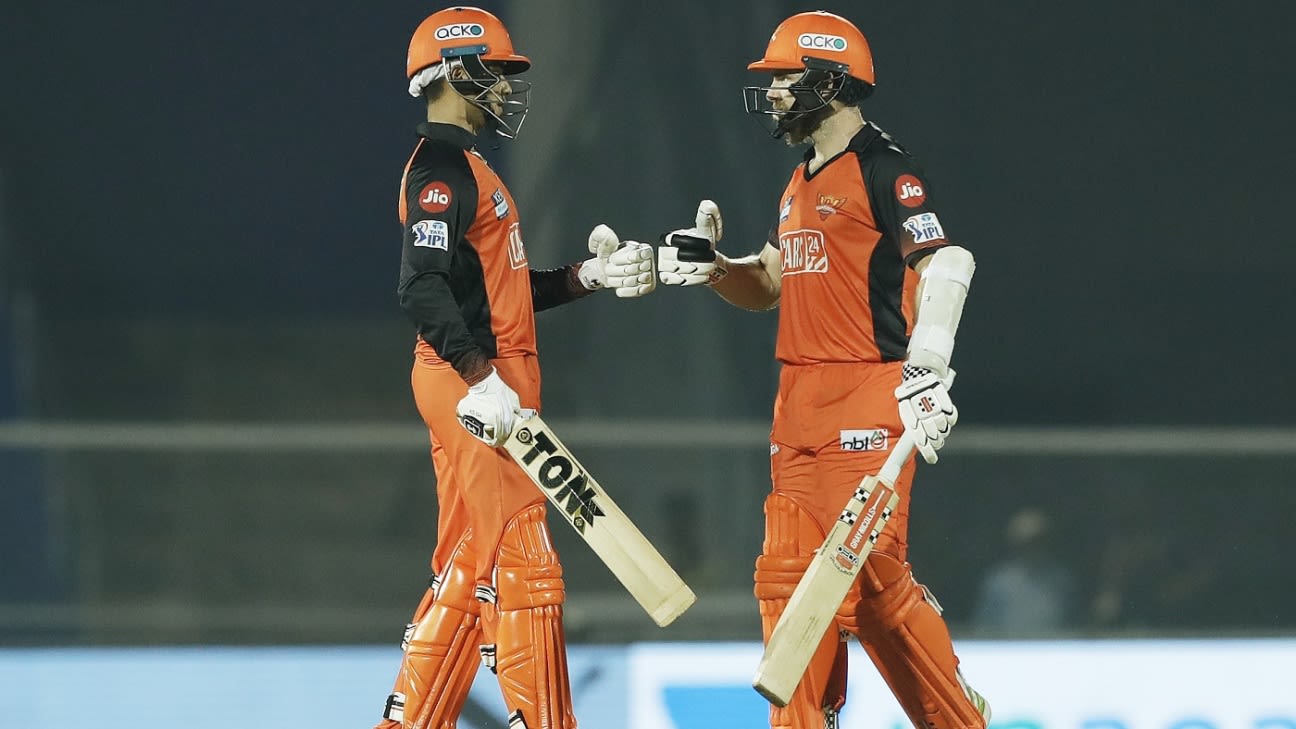 Sunrisers Hyderabad’s fortunes have fluctuated wildly this season. After racking up five successive victories, they have lost four games on the bounce and two of their key players – T Natarajan and Washington Sundar – to injuries. Their injury-enforced absence has coincided with Sunrisers’ attack conceding 190-plus totals in each of their four losses. Sunrisers now need to win their remaining three league matches to be in with a chance to qualify; if they lose one then they will have to hope that at least one of Rajasthan Royals and Royal Challengers Bangalore lose their remaining games.
Sunrisers have rifled through their bowling options, but Fazalhaq Farooqi, Kartik Tyagi, J Suchith and Shreyas Gopal haven’t quite provided the control and bite that Natarajan and Washington brought. The good news for Sunrisers, though, is both Natarajan and Washington are likely to be fit for Saturday’s fixture, as they look to snap their losing streak and work their way back into contention for the playoffs.
However, the bad news is the duo’s potential comeback doesn’t mask the troubles at the top. Captain Kane Williamson’s powerplay strike rate of 79.52 is the lowest among batters who have faced more than 50 balls during this phase in this season. His opening partner Abhishek Sharma’s form has also cooled off after a hot start.

LIVE in the USA

You can watch the match on ESPN+ in English and in Hindi.

Kolkata Knight Riders, too, have had to contend with top-order issues, but Venkatesh Iyer’s comeback and the presence of Ajinkya Rahane, one of the better players of the short ball, gives them hope. Venkatesh’s 24-ball 43 was central to Knight Riders posting their first fifty opening stand and highest powerplay total – 64 for 1 – this IPL, in their previous game against Mumbai Indians.
Knight Riders also found a way to fit both Pat Cummins and Tim Southee into their XI against Mumbai, but they have now been forced to rejig their combination, with Cummins flying back home after suffering a hip injury. Varun Chakravarthy also contributed to Knight Riders’ victory against Mumbai and later, speaking to Star Sports, the host broadcaster, he said that the ball has been coming out of his hand better than it did in the early half of the season. Despite the positives, Knight Riders’ chances of qualifying are slim.

Bishop: All the changes have ‘created instability’ in KKR ranks