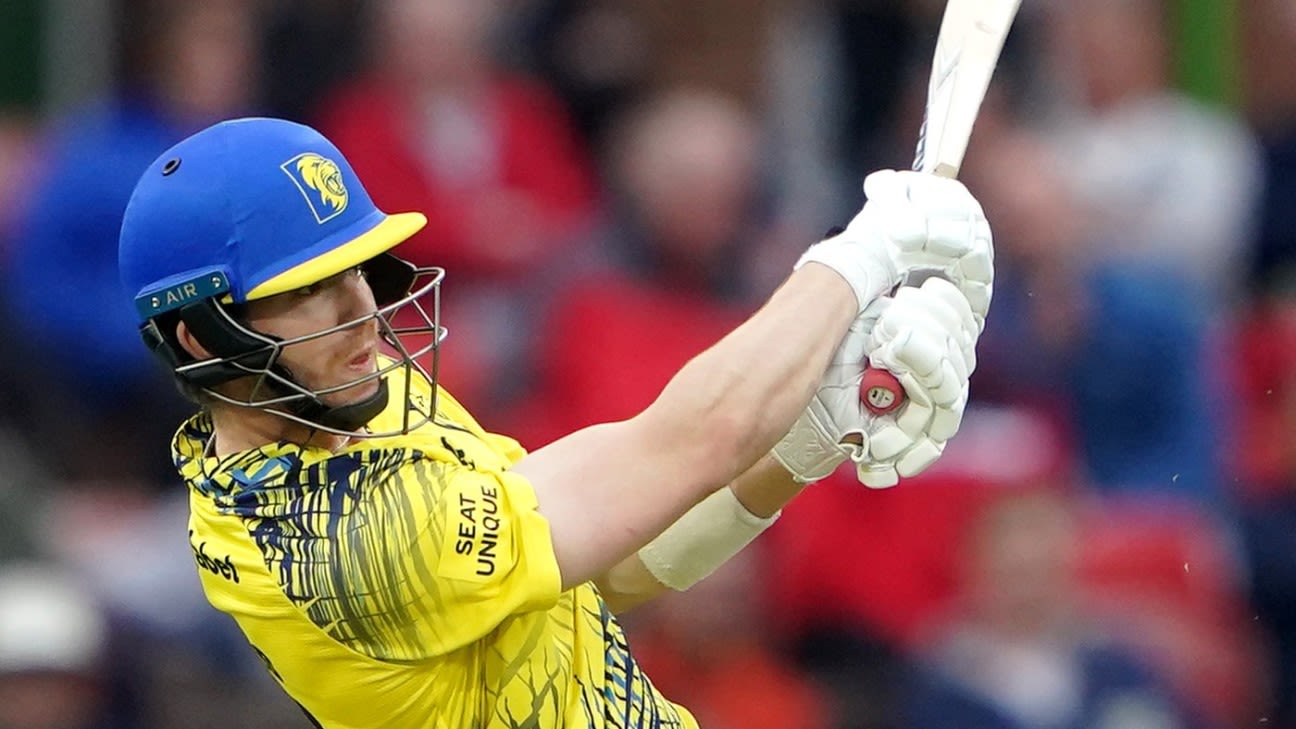 Durham 186 for 7 (Jones 44) beat Worcestershire 138 for 9 (Raine 3-23, Tye 3-27) by 48 runs
Durham bounced back from successive defeats to get back to winning ways in the Vitality Blast with a comfortable 48-run victory over Worcestershire Rapids at Seat Unique Riverside.
Michael Jones set the tone for the home side with a brisk 44 from 25 balls, notching five boundaries and three sixes. Ollie Robinson and Graham Clark provided useful knocks to allow Durham to post a competitive total of 186 for seven from their 20 overs.
The Rapids were behind the rate from the off after losing Ed Pollock and Jack Haynes in the first nine balls of the innings. The visitors struggled to find the fence amid tight bowling from the Durham attack led by three wickets apiece from Ben Raine and debutant Andrew Tye, resulting in a dominant victory for the hosts.
Worcestershire captain Ben Cox won the toss and elected to field in the bright sunshine at the Riverside. Clark and Jones continued their bright start to the Blast campaign by racing to fifty inside five overs. Jones was particularly destructive for the home side, smashing 15 off Pat Brown’s first over before taking a further 18 off spinner Josh Baker, including two sixes straight down the ground.
Jones was pegged back going for one heave too many as Charlie Morris bowled the opener, while the visitors worked their way back into the game as Clark fell victim to a good delivery from Brett D’Oliveira.
Robinson used the dimensions of the Riverside to great effect in his innings of 35 from 23 balls, but D’Oliveira turned one through the gate to send the wicket-keeper on his way. D’Oliveira’s fine evening with the ball continued when Paul Coughlin was stumped off a wide, earning revenge after being struck for a maximum from the previous ball. The Rapids skipper finished as pick of the bowlers with impressive figures of three for 24 from his four overs.
David Bedingham, Brydon Carse and Ned Eckersley played vital cameos for the hosts in the latter stages of the innings, propelling them towards a competitive total of 186.
Pollock scored six runs from the first two balls of Worcestershire’s reply, but Coughlin removed him with the third as Bedingham produced a brilliant diving catch at cover. Carse continued Durham’s strong start with the ball by bowling Jack Haynes for one, reducing the visitors to nine for two in the second over.
D’Oliveira and Munro played within themselves after the early wickets, which resulted in the run rate ascending over 10 per over. As a result, the pressure was on the duo to accelerate, but D’Oliveira was pinned lbw by Raine before Munro was caught on the fence from a Scott Borthwick loosener.
Tye marked his Durham debut with three late wickets amid a Worcestershire lower-order collapse, removing Ed Barnard, Cox and Matthew Waite, allowing the hosts to ease over the line.
Tags: Andrew Tye, Ben Raine, Durham, Durham vs WORCS, Michael Jones, Vitality Blast, Worcestershire