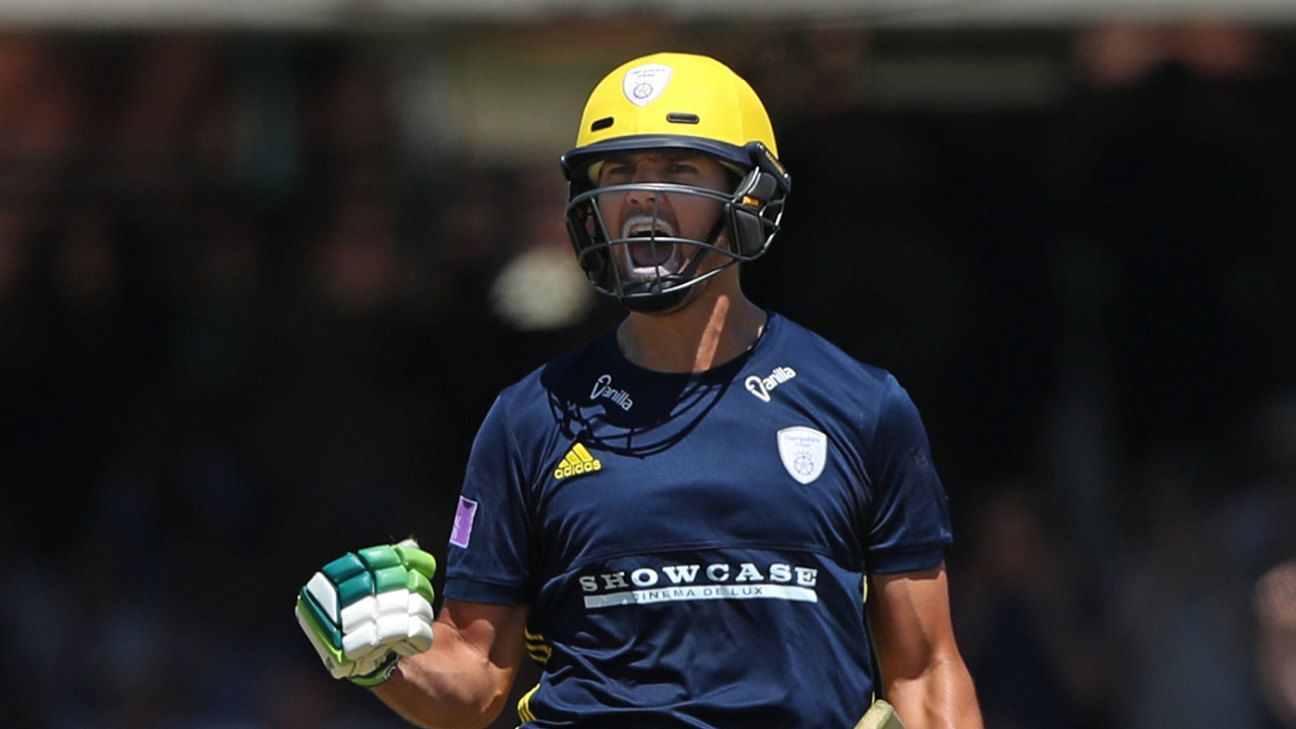 Somerset hope that the addition of Rilee Rossouw to their core of talented young batters will take them one step further in the T20 Blast this season after losing to Kent in the 2021 final.
Rossouw spent three seasons at Hampshire as a Kolpak player from 2017-19 and blitzed 156 off 113 balls against Somerset at Taunton in the Royal London Cup early on in his time with them. “I remember how the members and supporters reacted to that even though I was playing for the opposition,” he said in Somerset’s press release announcing his signing. “That is something that I’ve never forgotten.”
Rossouw left Hampshire after the Kolpak loophole ended with the UK’s departure from the European Union and has spent the last two-and-a-half years on the T20 circuit. After a couple of quiet tournaments, he averaged 39.28 at a strike rate of 167.68 in the PSL this season, taking Multan Sultans to the final and providing a reminder of his abilities.
Related
He will add further firepower to a batting lineup featuring Tom Banton, Will Smeed, Tom Abell and Tom Lammonby, and will be available for the entire competition before joining up with Oval Invincibles for the Hundred later in the summer.
Andy Hurry, their director of cricket, said: “Having looked at the strengths and the quality that we currently have within the T20 squad, as well as considering the global, domestic and international cricket concurrently being played during the Blast, including England Test and ODI England fixtures, we felt that adding additional explosive firepower to the batting unit would dovetail perfectly with the very strong group of players within the squad and also enhance our ability to go one step further this season.”
Rossouw is Somerset’s fourth overseas signing of the season and it remains to be seen which seamer he joins in their side for the Blast. Matt Renshaw is only contracted for the County Championship and the Royal London Cup and will be in Sri Lanka on Australia A’s tour during June, but Peter Siddle and Marchant de Lange are both under contract for the Blast and will effectively be competing for one spot in the side.
Tags: Rilee Rossouw, Somerset, Vitality Blast