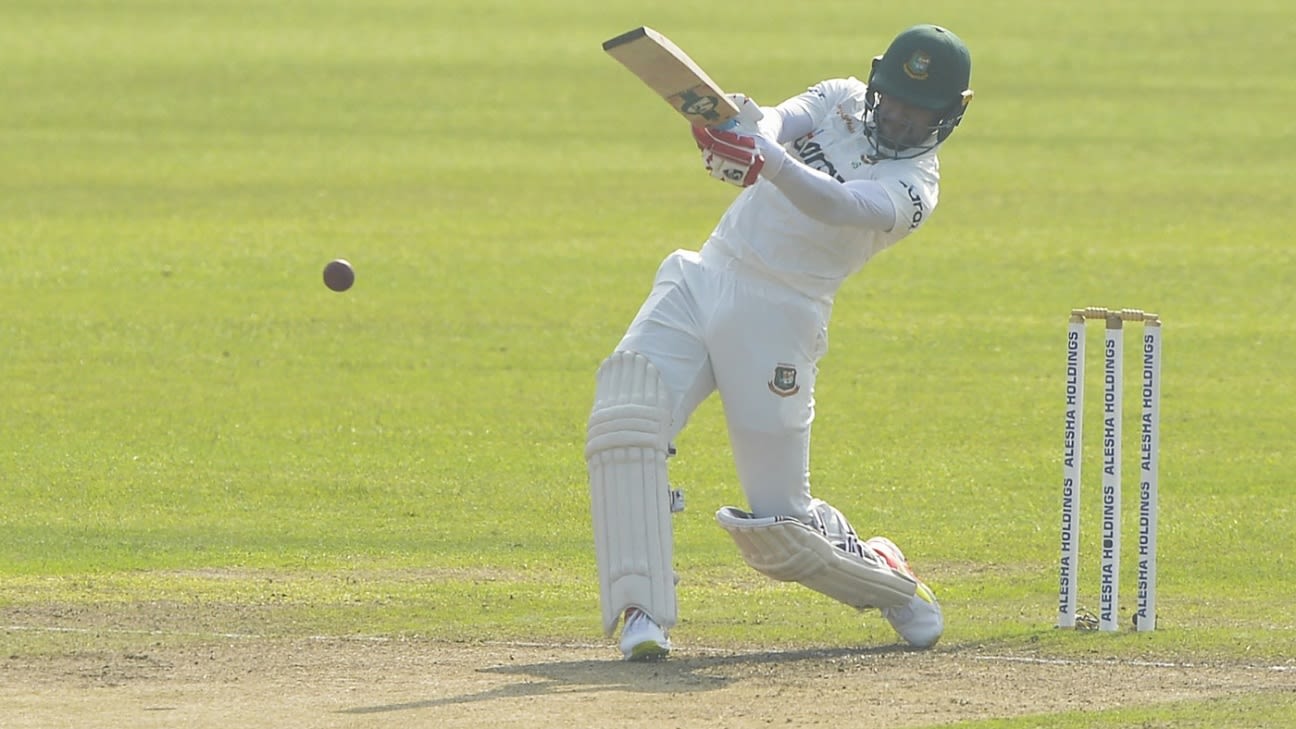 Bangladesh allrounder Shakib Al Hasan has tested negative for Covid-19, bringing him back into consideration for the first Test against Sri Lanka that begins on May 15. A team official said that Shakib will fly into Chattogram on Friday where he will undergo “further medical and fitness tests” before a decision will be made of his place.
Head coach Russell Domingo, however, didn’t sound optimistic about the prospect of fielding Shakib so soon after recovering from Covid.
“Anybody would want a fully-fit Shakib in your best XI, but it is very difficult to play if he is 50-60 per cent fit,” Domingo said. “Coming straight into a Test match, we need to check his fitness and assess where he is. He has just come off Covid, and he hasn’t played much cricket. He’s obviously a big player for us and balances the team. But we need to see how he is tomorrow. He hasn’t batted or bowled for the last two or three weeks. It is five days of cricket. It is hot. There are all sorts of things to consider.
Related
“I have had Covid badly, so the energy is not quite the same. You can’t go into a [Test match] straightaway. It is not a T20 or ODI which is done in six or seven hours. It is going to happen for over five days. Of course, we want him to play, he is one of the best cricketers that’s ever played. But we need to make sure that he gives himself the best chance to perform and fulfill his role. Bowl at least 15 overs a day, bat for three or four overs in the top six.”
Domingo said that they are considering Mosaddek Hossain, who was earlier drafted into the Test side as an additional replacement for Mehidy Hasan Miraz, because he gives them the bowling option while still batting in the top seven.
Shakib was supposed to join the Bangladesh Test squad on May 11, three days after they started training in Chattogram on Monday. But upon testing positive for Covid, he had to go into self-isolation.
Bangladesh didn’t name a replacement at the time and his return will be a welcome boost to a side mired in injuries. Mehidy and Taskin Ahmed are out due to finger and shoulder injuries while Shoriful Islam’s participation remains subject to his clearing a fitness test ahead of the game.
Bangladesh’s batting too needs Shakib’s experience in the middle order after they slumped to 53 and 80 in successive fourth innings in South Africa. His absence would have meant having to pick two players to make up for his skills, but now the team could look forward to having their talisman back for a crucial World Test Championship series.
Shakib last played a Test in December 2021, against Pakistan. He skipped the New Zealand series for personal reasons and then had to miss the South Africa Tests due to illness in his family. Shakib has played only three out of Bangladesh’s last 11 Tests since his return from a one-year ban for failing to report a corrupt approach.
Tags: Bangladesh, ICC World Test Championship, Shakib Al Hasan, Sri Lanka in Bangladesh