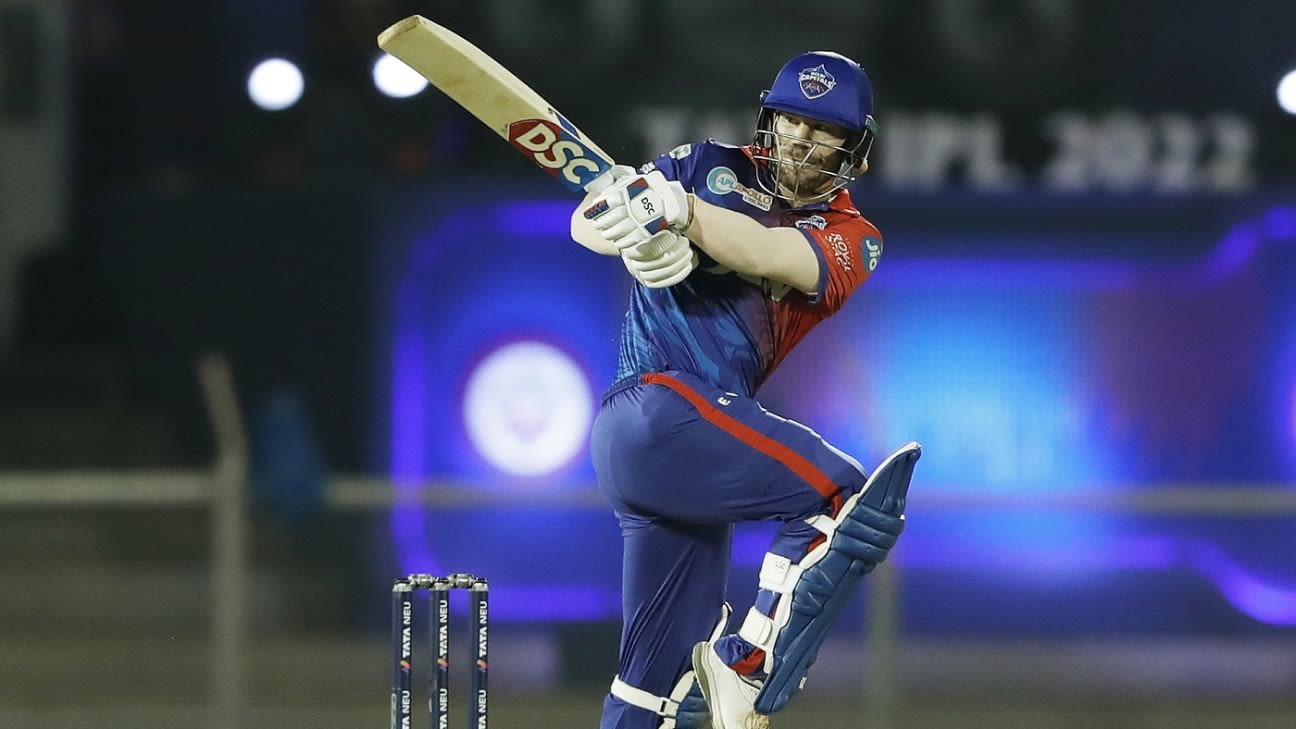 Former India batter Sanjay Manjrekar says bails are “redundant” in today’s cricket, and need to be done away with because “they add a lot of complications” to an already complex set of rules.
The debate was triggered in the first place after Yuzvendra Chahal was denied an “obvious wicket” when he beat David Warner in the air and off the pitch to hit the wicket. However, while the stumps lit up, the bails didn’t fall, thus failing to fulfil a major requirement of the bowled law.
Related
It is widely believed bails were used in cricket in the pre-technology era to be sure the ball had hit the wicket. Manjrekar, and many other pundits, believe that given today’s technology, the bails can be done away with.
The LED bails currently in use light up the moment they lose contact with the rest of the wicket, which is also used as the instance the wicket was broken for purposes of checking run-outs and stumpings. If the bails were to be done away with, it shouldn’t be too difficult to have wickets that light up the moment they are touched.
“I’ve said this before as well, it’s redundant now with the LED stumps to have the bails on,” Manjrekar said on ESPNcricinfo’s T20 Time: Out. “Today it would’ve been a wicket deserving for Chahal who bowled superbly. It was a terrible shot from Warner, and it didn’t get a wicket. Unless it’s adding an aesthetic value, they should just get rid of the bails because they’re completely redundant with LED technology.”
9:00

Runorder from the archives (Jan 2021): Time to do away with the bails?

“[The bails were used] just to be sure the ball has hit the stumps they had these bails on top, because if the ball just kissed the stumps you won’t know if there weren’t any bails,” Manjrekar said. “And the bails were meant to fall off if the stumps were disturbed. But now that you have a sensor, you know the ball has hit the stumps, so why are the bails there?”
Manjrekar has always been for technology playing a greater role in cricket. In 2013, he called for technology to monitor bowling actions live around the time the ICC had begun to clamp down on suspect actions. He cited more examples, like in the case of a stumping appeal where umpires are forced to check at what point the bails come off the groove while adjudicating. This he felt was adding layers of complexity to decision-making and retaining bails anymore was “defying common sense.”
“If you have the technology, don’t have the bails,” he said. “The other problem with bails is, when there is a stumping, you wait to it to light up and then you’re talking about whether both the bails are off the grooves and there’s just a lot of complication when you’re judging stumped or run out. Just keep it simple.
“I know it won’t happen because we don’t like to change too many things. We tweak few other rules, but certain very obvious things aren’t done. Getting rid of bails may sound scandalous to lot of people but it defies common sense.”
Piyush Chawla, the India legspinner, backed Manjrekar’s theory and hoped better sense would prevail. If the LED technology was available and it was trusted to give “clear evidence”, it should be taken.
“When you have clear evidence, why not,” he asked :”That’s what I believe in. We clearly saw it hit the stump, but the bails didn’t fall off and he survived, and he was riding on luck, because there was a dropped catch and then this. Maybe if they got a wicket there, it was a different story altogether. There should be some rules where if the ball hit the stumps and the LED glows, it should be given out.”
Tags: Delhi Capitals, Indian Premier League, Piyush Chawla, Rajasthan Royals, Royals vs Capitals, Sanjay Manjrekar