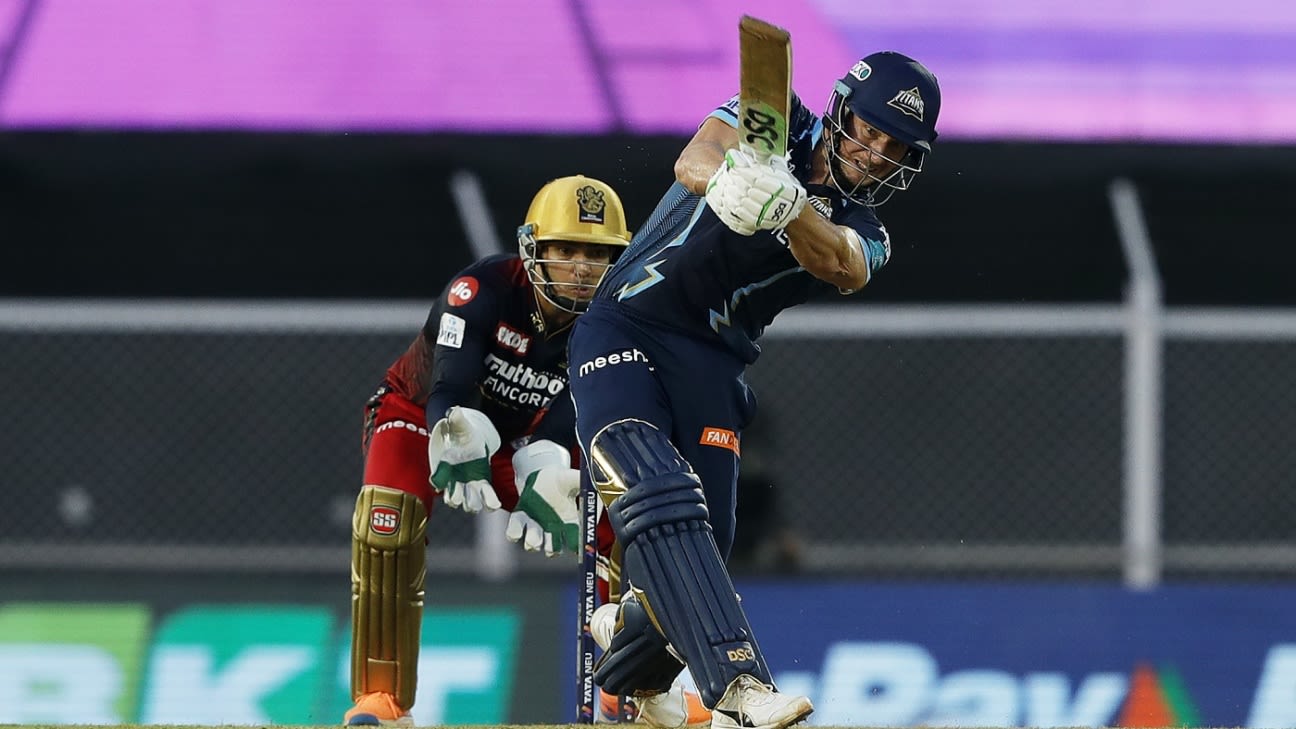 And it’s over to Eden Gardens in Kolkata for Qualifier 1. Two teams with similar approaches will want to give themselves a few extra days of rest ahead of the grand finale. For Gujarat Titans, it’s the opportunity to play in front of a capacity home crowd in Ahmedabad. For Rajasthan Royals, this is a chance to pay a perfect tribute to Shane Warne, who led them to their only title in 2008.
Royals have never finished in the top two since the playoffs came into existence in 2011. Meanwhile, Titans have exceeded expectations and pre-tournament billing to get here. Both sides have punted on their six-batters and five-bowler strategy to the hilt. Their unshakable faith in this core philosophy has brought them much success. That said, not everything is similar. Their approaches have varied. Titans have hit 69 sixes, the least for a team this season. Royals have hit 116, the most.

Live in the USA

If you’re in the USA, you can watch the match live on ESPN+

Titans were written off by many even before a ball was bowled. Their auction strategy was scrutinised. They wondered if Hardik Pandya, fighting his own battles with form and injury, can inspire the new entrants. One of their openers pulled out of the tournament and their middle order had two rookie batters and an overseas batter who had racked up poor numbers season after season. Yet, nearly seven weeks later, they became the first team to enter the playoffs.
Royals have traversed a slightly trickier path. The early pacesetters had a mid-season wobble but gathered their wits towards the end to seal the top two following a nervy win late last week against Lucknow Super Giants. Their spin base is covered by potentially two of India’s best, their top order has revolved around orange-cap holder Jos Buttler, whose late-season slump hasn’t affected dynamics much because the others have stepped up. Ashwin has played finisher and anchor all while delivering his overs tactfully, while the pace battery has been operating at the kind of level expected of them.
David Miller has had his most productive IPL season since 2013•BCCI
Titans won the only outing between the two sides in the league phase. Hardik struck a bruising 87 to set up the game, before their pace battery of Yash Dayal and Lockie Ferguson snuffed out the Royals. It’s payback time now. But without too much pressure, because both sides know there is a second chance.
Related

Wriddhiman Saha tweaked his hamstring in the final league game and didn’t return to keep wickets. But the Titans have been given a major boost with the keeper-batter confirming his availability.