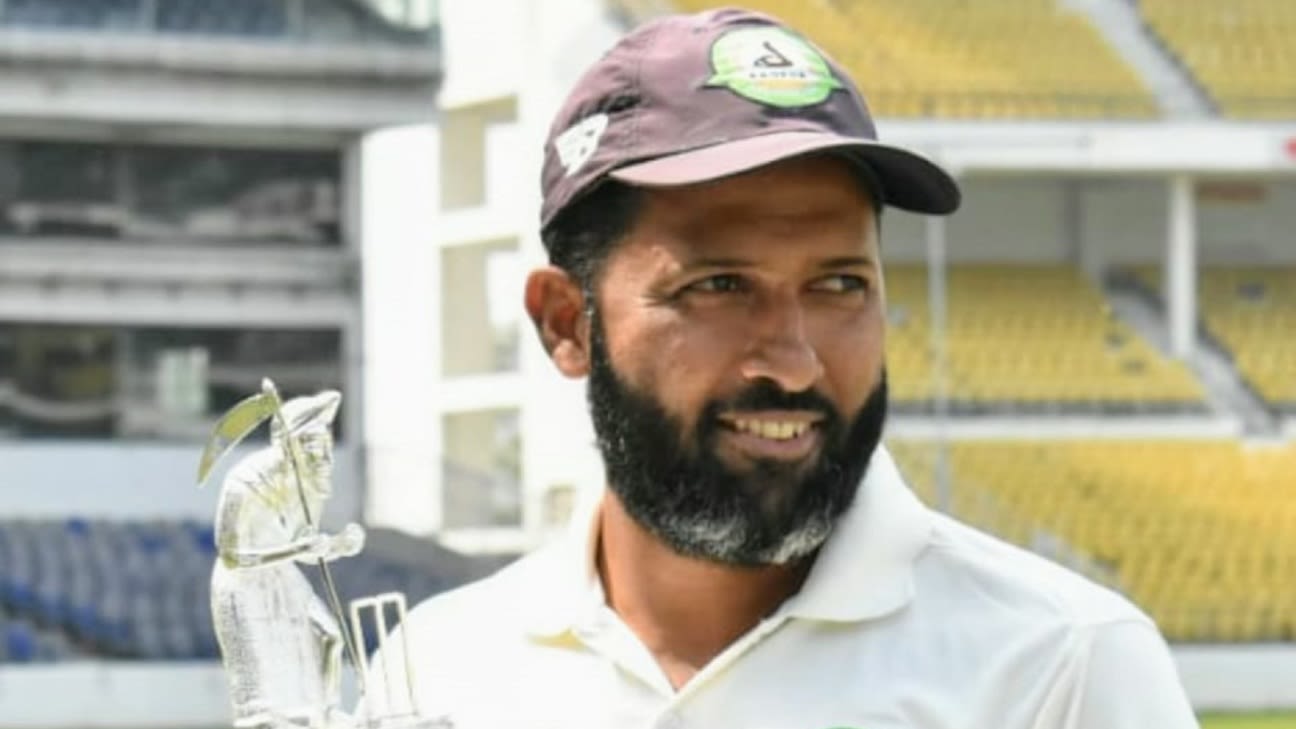 Wasim Jaffer is in line to join the BCB’s game-development wing, where he is likely to work with both the Bangladesh Under-19 boys as well as at the board’s high-performance centre.
Jaffer had a previous stint with Bangladesh as a batting consultant at the BCB’s academy in Mirpur, for a few months in 2019. During that time, he had been involved with the country’s age group teams – Under-16s to Under-19s – and had also worked as a consultant with the high-performance committee. Jaffer had also played in the Dhaka Premier League for Abahani Limited in 2018-19.
More recently, 44-year-old Jaffer served as the head coach of the Odisha senior men’s side. This was for the ongoing 2021-22 Indian domestic season. In July 2021, he was given a two-year contract by the Odisha Cricket Association. During his stint, he has also been a part of coaches’ development programme in the state.
Following his retirement as a player in March 2020, Jaffer was also named head coach of Uttarakhand, but he later resigned after a fallout with the association. He has also worked with the Punjab Kings franchise in the IPL as a batting consultant from 2019 to 2021.
A giant in the Indian domestic circuit, Jaffer played for over two decades and finished as the most-capped player in Ranji Trophy history (156). He also ended with the most runs (12,038), the most centuries (40), the most catches (200), and was also the highest run-scorer in the Duleep Trophy (2545) and the Irani Trophy/Cup (1294). He is the only batter to have breached the barrier of 1000 runs in a Ranji season twice, in 2008-09 and 2018-19.
Jaffer also played 31 Tests (1944 runs at an average of 34.10, with five centuries) and two ODIs for India. He finished as the fifth-highest scorer in Indian first-class cricket, behind Sunil Gavaskar, Sachin Tendulkar, Rahul Dravid and VVS Laxman.
Tags: Bangladesh, Wasim Jaffer