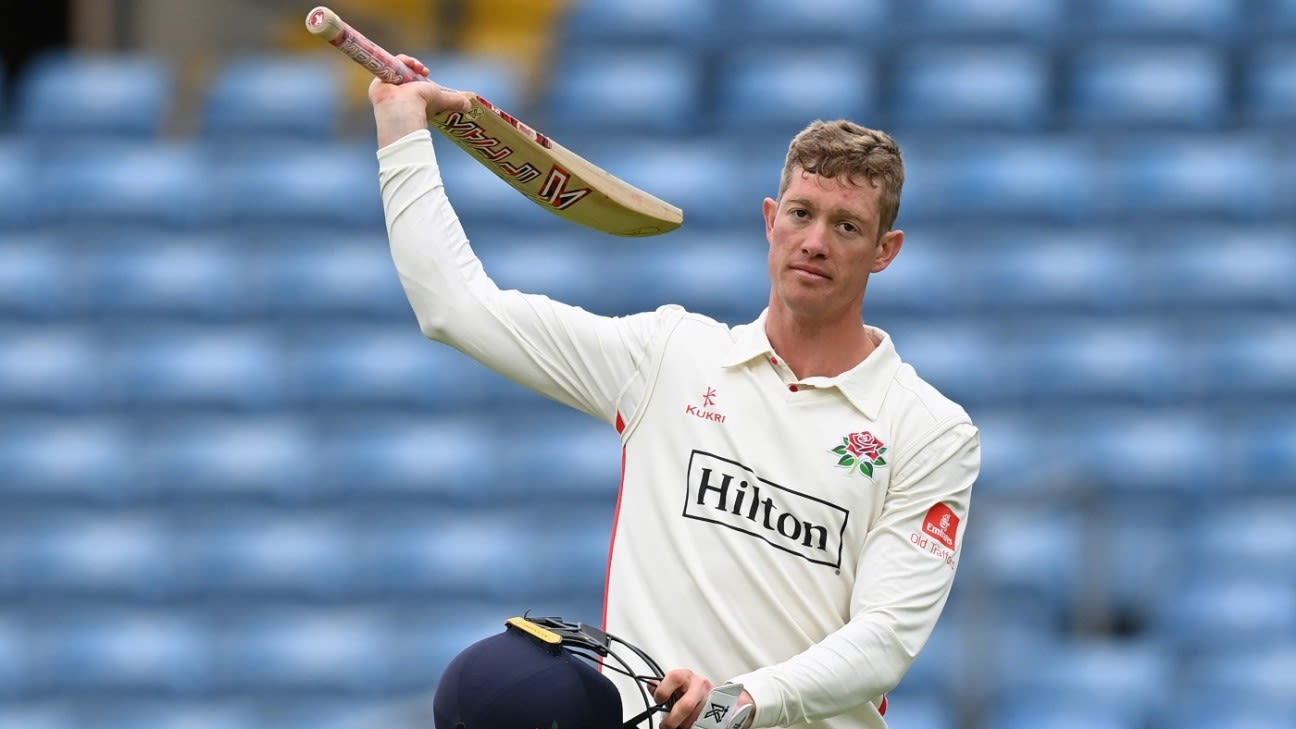 Yorkshire 53 for 2 trail Lancashire 566 for 9 declared (Jennings 238, Croft 104, Vilas 82) by 513 runs
Optimism is not a notable Lancastrian trait. For one or two regulars in the pavilion at Emirates Old Trafford life is akin to having a Smiths CD on permanent repeat. Nevertheless, there was a moment at lunchtime on this second day of the Roses match when even the most curmudgeonly Red Rose supporter’s cup brimmed with strange joy.
In between its many advertisements, Headingley’s scoreboard showed a score of 412 for 3; Keaton Jennings was unbeaten on 202 and had already become only the fourth Lancashire cricketer to make a double century in a Championship match at Leeds; Dane Vilas had butchered Yorkshire’s bowlers for most of the preceding session and was 80 not out. Those inclined to combine Lancashire’s score with their previous innings at Leeds last summer would have been presented with a total of 823 for 5. Neither life nor Roses matches were meant to be like this.
We wondered if any other records were in danger. Fortunately, Lancashire’s number crunchers had foreseen this possibility and had been hard at work through the owl-haunted hours of darkness. As at Canterbury a few weeks ago, the bourgeois villas of Bury fairly thrummed with activity as computers from the era of punched cards spat out statistical gems. It was like local election night all over again.
Unlike the game at Kent, though, the jewels hewn from the rock were put to good use. A few minutes after lunch, Jennings reached 207 and became his county’s highest scorer in a Championship match against Yorkshire; when he got to 226 Graham Lloyd’s record in a non-Championship first-class match against ‘that bunch from over t’way’ was also gone, as well as Jennings’ previous career-best, 221, which was also made against Yorkshire when he was at Durham.
Related
The records kept coming and it was probably useful at such moments to recall Steve Patterson’s point on Thursday evening that if his bowlers had been better supported in the field, Lancashire would have been 22 for 4 halfway through the first session of the game. That would have denied Dane Vilas’s cricketers their meal ticket to the conspicuous consumption we watched on Friday morning.
As it was, though, Yorkshire continued to spill chances and Lancashire’s top order continued to fill their boots, slippers and bed-socks. Vilas hit Haris Rauf for three fours in an over and then hooked him out of the ground and in the general direction of Meanwood. Having relieved the ECB of roughly £90 for one cricket ball, Lancashire’s skipper set about damaging its replacement. He drove Dom Bess for a six and a four before thin-edging a cut to Harry Duke, who dropped the chance. Jennings had been more restrained; he added just 52 runs in the morning session but had also offered a chance when Harry Brook got a hand to a slash through gully in the fifth over of the morning. That was the toughest of the six chances Patterson’s fielders dropped in four sessions but it took their total for the season to nearly 30.
Just before two o’clock a wicket fell and a festival of irony began at the Kirkstall Lane End. If Vilas’s front leg was a shade outside off stump when he missed a sweep against Bess, nobody gave a thrice-used tea-bag. The joy of Yorkshire supporters mingled with their astonishment. It was like a hot night in Guisborough’s Parisian quarter.
Eight overs later Jennings was on 238 and just 14 short of Darren Lehman’s individual record in all Roses cricket when he was summoned for a single by Phil Salt, the striker. He answered the call but was sent back when Jordan Thompson’s sharp stop made a run impossible. He never had a hope of regaining his ground and had to be satisfied with the marvellous reaction of the Kirkstall Lane End crowd, most of whom stood and applauded him home. That’s how you play this game.
Yorkshire took four more wickets and they may have brought a little consolation to those same supporters. In the context of the match, though, they fell while Lancashire were tying ribbons and bows around a massive 566 for 9 declared, their highest score in Roses cricket. Bess picked up his second and third wickets; Tom Loten enjoyed his maiden successes in first-class cricket but his day was not yet over. Nightwatchman duties awaited him.
When Lancashire’s ninth wicket fell, Vilas declared and the crowd settled down for the battles some of them had been keen to witness for five sessions. But James Anderson’s eight overs this evening were unremarkable things and they cost him an unusually expensive 27 runs. He bowled four from The Howard Stand End – close, E M Forster, but no cigar – and four more from the Kirkstall Lane End one suspects he favours. But his only particular achievement was to crack George Hill on the helmet, thus delaying the close for ten minutes while the sconed cricketer was asked what his name was.
But Lancashire did manage two breakthroughs in the 22 overs that ended the day and they have put the visitors in a position of absolute dominance. With the sixth delivery of his first over Tom Bailey brought the ball so far back off the seam that Adam Lyth’s decision to play no shot looked vaguely unhinged. Then five overs before the close Dawid Malan clipped George Balderson a little wide of Matt Parkinson’s right at midwicket, only to see the fielder complete a two-handed diving catch. This was more than a gleeful footnote to Lancashire’s daylong feast. Parkinson had already fielded well in the innings and if he continues to improve this department of his game, England will have one less reason not to pick him. Not that they should need any at all.
Tags: County Championship Division One, Dane Vilas, Keaton Jennings, Lancashire, Lancashire vs Yorkshire, Steven Croft, Yorkshire