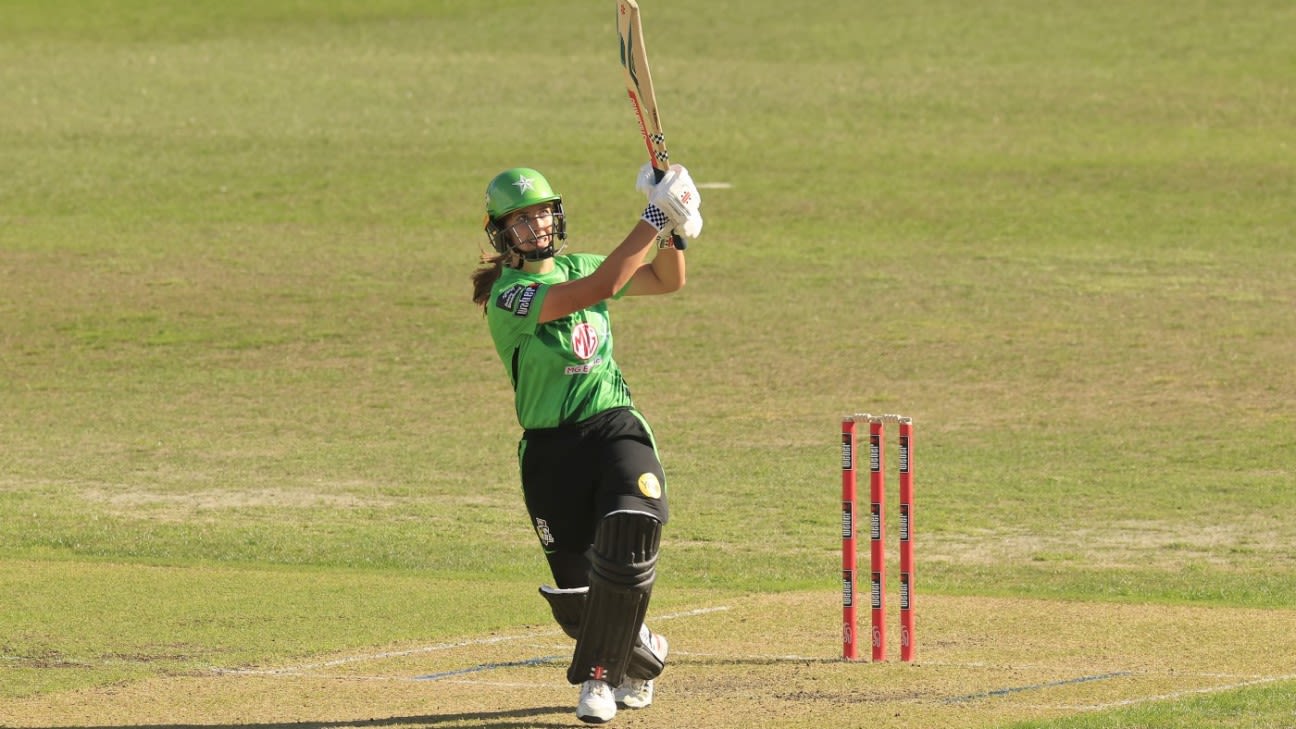 Adelaide Strikers 5 for 186 (Flintoff 51*, Dottin 2-34) beat Melbourne Stars 8 for 164 (Mack 47, Moloney 4-24) by 24 runs
Teenager Tess Flintoff has smashed the WBBL record for the fastest half-century in the competition’s history to power Melbourne Stars to a 22-run win over Adelaide Strikers.
The allrounder blasted an unbeaten 51 from only 16 balls at North Sydney Oval on Wednesday. Flintoff broke the previous mark – 22 balls – by smashing a six off the final ball of the innings to push Stars to 5 for 186 after Strikers elected to field first.
The 19-year-old’s blistering career-best knock consisted of six fours and three sixes. Flintoff had not been required to bat in Stars’ past three matches, but her most recent innings was an unbeaten 40 against the Perth Scorchers on October 20.
Australia allrounder Ashleigh Gardner and South African Lizelle Lee shared the previous record for fastest WBBL half-century, with both reaching the mark in the same game back in 2017.
England batters Alice Capsey and Lauren Winfield-Hill also played important roles in the Stars’ big total sharing an 81-run stand for the second wicket.
Flintoff’s match-winning knock proved too much for Adelaide to overcome, with Strikers finishing their 20 overs on 8 for 164. Australia star Tahlia McGrath’s troubled run with the bat continued, with Strikers’ captain out for just 1 following two ducks in as many games.
Adelaide had solid contributions from Katie Mack, Bridget Patterson and Laura Wolvaardt as Sasha Moloney was the pick of Stars bowlers claiming 4 for 24.
It was just Stars’ second win of the tournament, with Adelaide remaining in third on the table with four victories.
Tags: Adelaide Strikers, Alice Capsey, Lauren Winfield-Hill, Melbourne Stars, Sasha Moloney, Stars Wmn vs Strikers, Tahlia McGrath, Tess Flintoff, WBBL