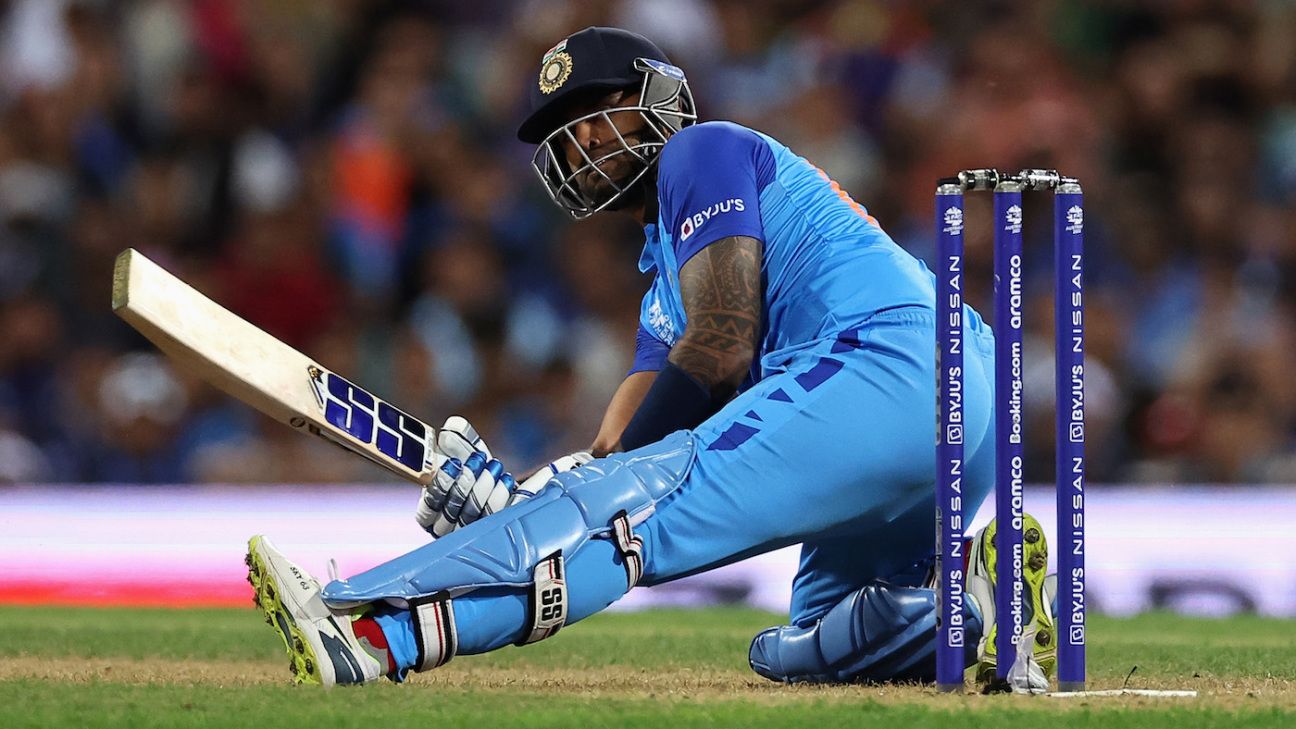 India batter Suryakumar Yadav is the new world No. 1 in T20I cricket. He has eclipsed Pakistan’s Mohammad Rizwan to be the No. 1 ranked T20I batter in the latest ICC rankings update.
Suryakumar has been in scintillating form in the ongoing men’s T20 World Cup, and has scored two half-centuries in his first three outings. He scored 68 off just 40 balls against South Africa in conditions where other Indian batters struggled. He is also the leading run-getter in T20Is in 2022 with 935 runs, including a century.
Apart from Suryakumar, South Africa’s Rilee Rossouw and New Zealand’s Glenn Phillips also broke into the top ten. Rossouw’s century against Bangladesh sees him jump 17 places to be placed on eighth while Phillips’ ton against Sri Lanka sees him rise five places to sit on seventh.
Among the bowlers, Wanindu Hasaranga of Sri Lanka has reduced the gap with top-ranked Rashid Khan. Hasaranga is the leading wicket-taker in this edition of the T20 World Cup and he picked up three wickets in a boundary-less four-over spell in Sri Lanka’s win over Afghanistan.
England allrounder Sam Curran and South Africa speedster Anrich Nortje were the other bowlers moving up in the top ten.
Tags: ICC Men's T20 World Cup, India, Pakistan, Suryakumar Yadav