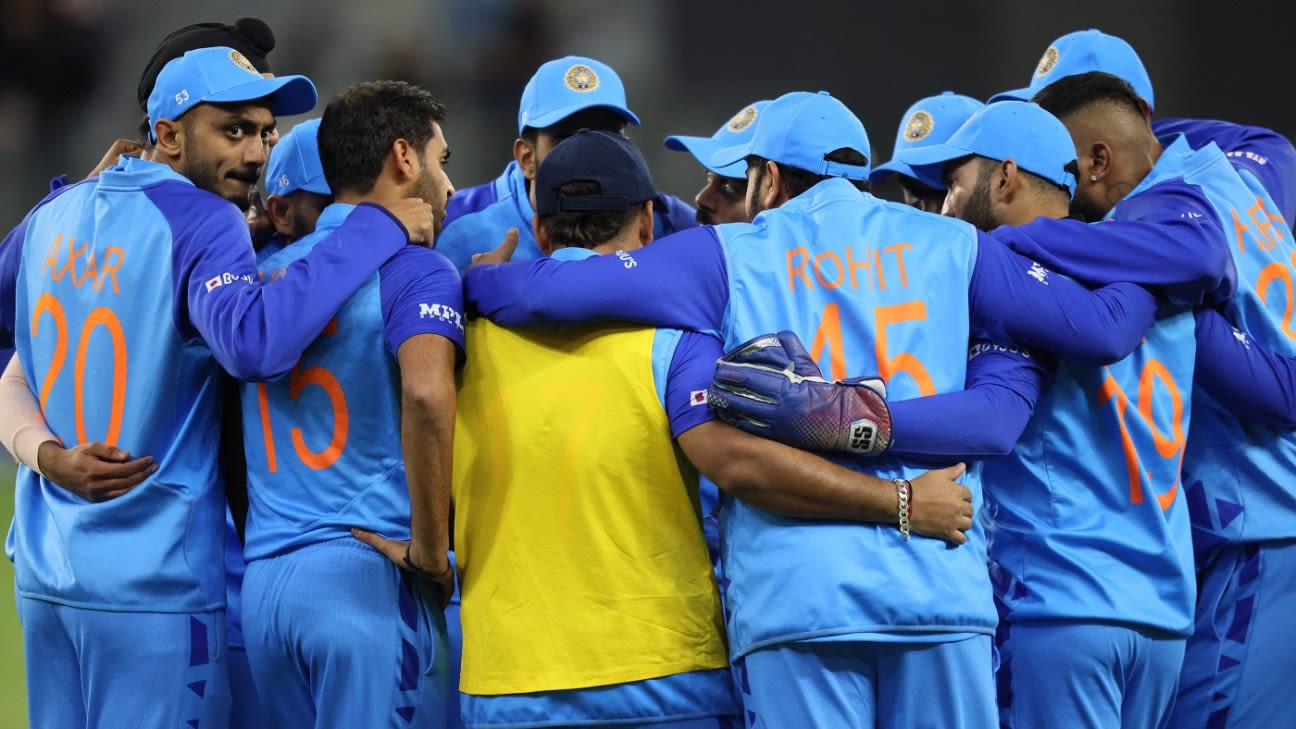 An India-Bangladesh contest in a T20 World Cup has potential to get fiery. Particularly if you remember what happened the last time these two sides met in the tournament. Many players involved in that 2016 game have retired, many others have moved on, but some remain. The memories of that contest are certainly fresh with both sets of fans. The players don’t forget such matches either.
Bangladesh, though, wouldn’t like to talk about Bangalore 2016, while India would like to believe that they have evolved into a stronger outfit these days. Still, Wednesday’s clash has all the makings of a memorable contest given the stakes involved, and how the teams are coming to Adelaide after playing three matches each.
India ran into some problems against South Africa as Lungi Ngidi exploited the Perth pitch quite well. Rohit Sharma, Virat Kohli and Hardik Pandya got out trying to pull the ball, while KL Rahul and Deepak Hooda were loose outside the offstump. Only Suryakumar Yadav stood tall, finding little support at the other end as he tried to revive the innings with his vast shot-making. South Africa wobbled a bit with the bat but David Miller took them home, giving India a bit of a headache ahead of their last two matches in the Super 12s.
Related
But India have usually dominated Bangladesh, having lost just one T20I against them in all their encounters. They would want their top order to start firing, and leave the middle and lower order with just the big-hitting and not the rebuilding. India would also like to see their bowlers handle the latter overs better, particularly if they believe R Ashwin can be a handful against Bangladesh’s left-handers.
Bangladesh, meanwhile, might feel they have already met pre-tournament expectations. They won against the Netherlands and Zimbabwe but got crushed by South Africa. While it has left them in a tough NRR situation, Bangladesh wouldn’t mind the afterglow of two hard-fought wins. The fact that they are going into the India game with a chance to still qualify for the semi-final will no doubt please them.
Taskin Ahmed is the standout performer, having taken eight wickets in the Super 12s, including two Player-of-the-Match awards. Mustafizur Rahman and Hasan Mahmud have added to the fast-bowling form, coming up with important contributions in the three matches. Mustafizur’s return to form is particularly crucial for Bangladesh, who have waited patiently for the left-arm quick to come good this year.
On the batting side, too, Bangladesh’s team management must have heaved a sigh of relief after Najmul Hossain Shanto made a career-best 71 against Zimbabwe. It was only the second fifty by a Bangladeshi opener this year. But the questions remain on how they finish the innings, with Nurul Hasan and Yasir Ali still unable to put together a strong showing with the bat.
All in all, Wednesday promises to be another memorable contest, especially with the usual emotions and melodrama involved whenever these two sides have met in the last ten years. Both India and Bangladesh would however try to ignore all that, and the possibility of rain, to focus on the job at hand: get the two points.

A string of three single-digit scores has everyone talking about KL Rahul. But don’t write him off as an out-of-form player just yet. Rahul’s last two innings before the T20 World Cup were fifties against South Africa. The main worry, however, is his 2022 numbers compared to the rest of his T20I career. He has the lowest average and strike-rate in a year, but Rahul could be just be one big knock away from turning a corner.
Taskin Ahmed now has two Player-of-the-Match awards in this tournament, having played a big role in both those matches for Bangladesh. His twin strikes off the first two balls broke Netherlands’ back, while his three timely strikes held back a rampant Zimbabwe in Brisbane. Taskin, who made his T20I debut in the 2014 T20 World Cup, is making up for lost time after spending three years in the sidelines. He has now taken over the mantle of bowling attack leader with his bundle of wickets since last year.
Bangladesh are still in contention to make the semi-finals following their dramatic win against Zimbabwe•AFP/Getty Images

The Adelaide Oval is traditionally a high-scoring ground in the Big Bash, particularly under lights. Sides batting first have averaged 170 batting first in night games. The problem, however, is that there’s rain forecast for the evening.

“India is the favourite team, they came here to win the World Cup. We are not favourites, we didn’t come here to win the World Cup. We know it very well that if we win against India, it will be called an upset. We will try to play our best cricket, and try to make an upset.”
Bangladesh captain Shakib Al Hasan on whether theirT20 World Cup head-to-head record against India will have an influence on the contest.
Tags: Bangladesh, ICC Men's T20 World Cup, India, India vs Bangladesh