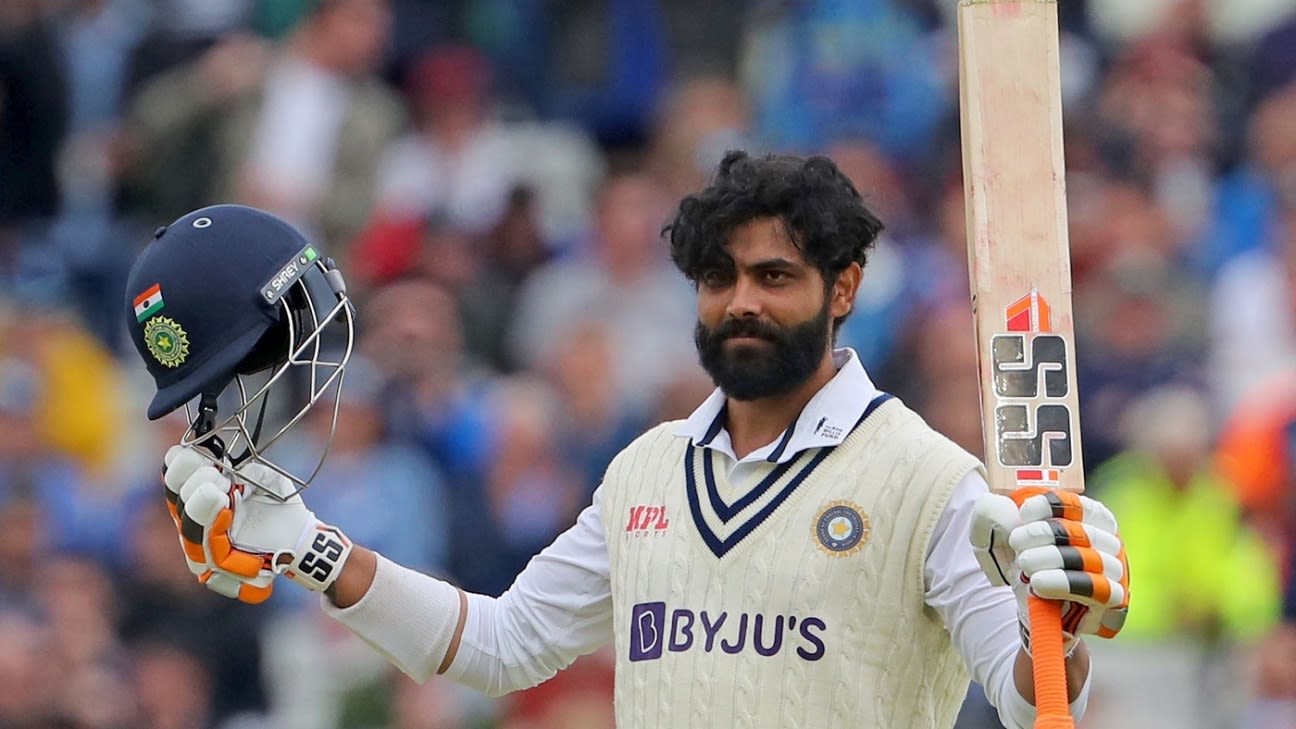 Allrounder Ravindra Jadeja has returned to India’s Test and ODI squads for the tour of Bangladesh in December. He has been undergoing rehab at the National Cricket Academy in Bengaluru following a knee surgery and is believed to be in his final stages of recovery.
India’s selectors have been more cautious with pace spearhead Jasprit Bumrah, who is also under the care of the NCA medical staff as he continues to recover from a stress reaction in his back.
Chief selector Chetan Sharma was confident that Bumrah would be ready for the home Tests against Australia in February, but didn’t want to rush him back into action for Bangladesh, which is India’s penultimate assignment in the World Test Championship.
“The selection committtee has to deal with workloada management which we follow very closely,” he started. “Now, we tried to hurry up Jasprit Bumrah, we tried to get him with the World Cup coming. And see what has happened? We are without Jasprit Bumrah in the World Cup.
“The NCA team and the medical team is looking after him very well. And he will definitely be part and parcel of the team very soon, in. the sense definitely against Australia (series in 2023). But for Bangladesh we are little cautious with Jasprit Bumrah as opposed to like we tried to bring him back early (post Asia. Cup). So we don’t want ot do that this time.
Meanwhile, Rohit Sharma, Virat Kohli and KL Rahul, all of whom were rested for the New Zealand tour in November following the T20 World Cup, will return for the entire tour of Bangladesh that comprises three ODIs and two Tests. These three, along with Rishabh Pant, Cheteshwar Pujara and Shreyas Iyer are expected to form the bedrock of the batting. Hardik Pandya, who is part of the full tour of New Zealand, has been given a break from the trip to Bangladesh.
ESPNcricinfo Ltd
Jadeja aside, the spin department is formidable with the inclusion of R Ashwin, Axar Patel and Kuldeep Yadav, who last played a Test in February 2021.
Mayank Agarwal, who was named as a late replacement for Rahul in the fifth Test against England in June, has been left out of the squad, with the selectors preferring Shubman Gill on current form. There was also no place for Hanuma Vihari and Ajinkya Rahane.
“Our middle order is packed and as per team combination, wickets and conditions, we looked at players who will potentially play in the XI,” Sharma said, when asked about Vihari’s absence. On Rahane, Sharma was clear: “He needs to score some more runs in domestic cricket.”
“The door is not closed on anyone,” Sharma said. “Pujara scored runs, he’s been picked. Rahane made some runs [in the Duleep Trophy opener], he’s been playing domestic cricket and the selectors have been in constant touch with him. If he scores runs, he will definitely be considered.”
Among those who narrowly missed out, according to Sharma, was Mumbai’s Sarfaraz Khan, who topped the charts in the 2021-22 Ranji Trophy, making 982 runs in nine innings at an average of 122.75. He struck four centuries, including one in the final against Madhya Pradesh. Sarfaraz has also been a regular member in India A’s squads for a year now.
ESPNcricinfo Ltd
“The selectors are giving him [Sarfaraz] a chance wherever there are opportunities,” Sharma said. “He was part of the India A squad recently. He is a brilliant player, he also knows that. He’s not too far away. Sometimes you may have to work extra harder to come into the team, but otherwise he’s done his job. He’s a serious contender, there was a lot of discussion and he will definitely get a chance very soon.”
In the ODI squad, the selectors continued to persist with Madhya Pradesh’s Rajat Patidar and Maharashtra’s Rahul Tripathi for possible middle-order slots. Both players have had prolific IPLs for their respective teams and were part of the mix for the home ODIs against South Africa last month.
Among the bowlers, Uttar Pradesh left-arm seamer Yash Dayal was among the surprise inclusions for the ODIs. Dayal has previously been part of India’s net bowling contingent and is coming off an impressive maiden IPL season with champions Gujarat Titans, for whom he picked up 11 wickets in nine games at an economy of 9.25.
India begin the tour of Bangladesh with three ODIs in Mirpur on December 4, 7 and 10, after which they play two Tests in Chattogram (December 14-18) and Mirpur (December 22-26).
India are currently in fourth place in the WTC standings, and have a good chance of making the final should they win their remaining six Tests in the cycle. The Bangladesh Tests will be followed by four against Australia early next year.
Tags: India, India in Bangladesh, KL Rahul, Ravindra Jadeja, Rohit Sharma, Virat Kohli