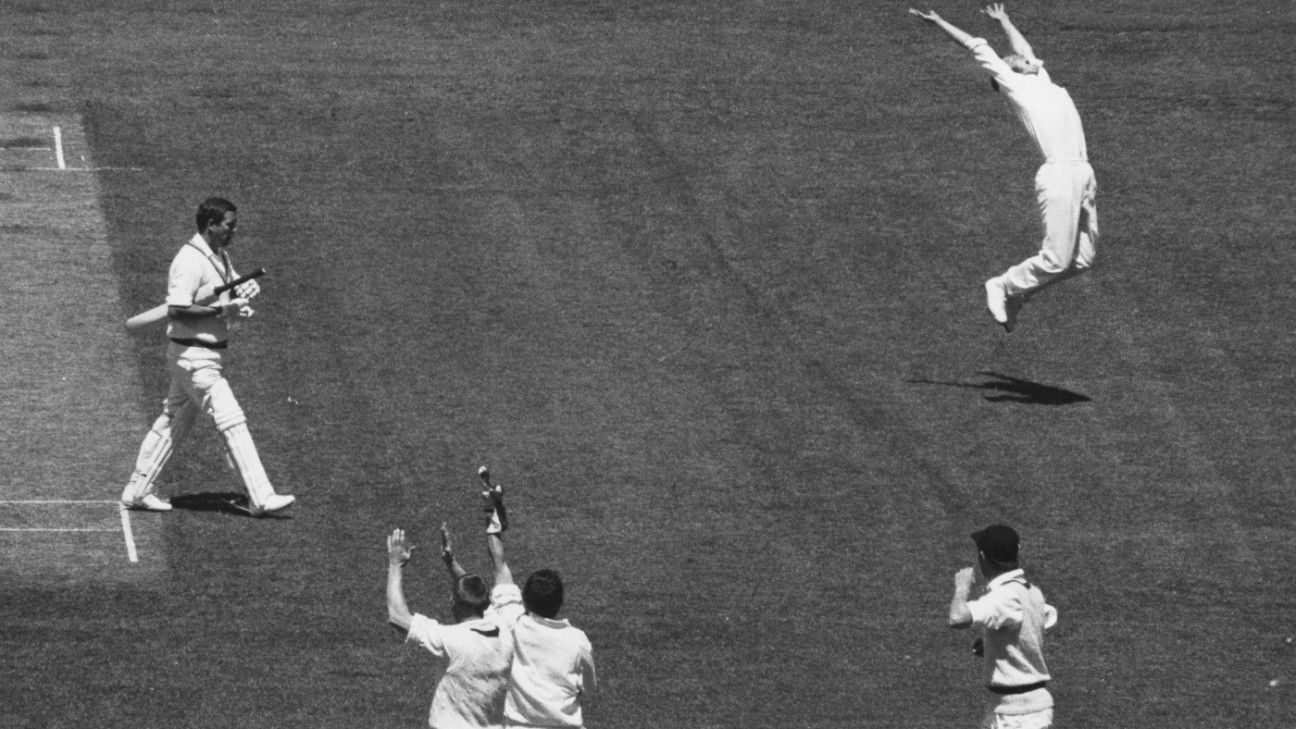 Alan Thomson, the former Australia and Victoria fast bowler who took the first wicket in ODI history, has died aged 76.
Thomson, who bowled with an unusual action where he delivered off the wrong foot, played four Tests in the elongated 1970-71 seven-Test Ashes series. He played in the first two Tests of that series in Brisbane and Perth, but was not selected to play in the New Year’s Test in Melbourne, which was abandoned without a ball bowled due to rain. He would go on to play the fifth and sixth Tests of the series but, before that, he made a bit of history.
As a result of all the bad weather cutting into the Melbourne Test, Australia and England played the world’s first ODI on January 5, at the MCG, and Thomson took the first wicket of the match, when he removed Geoff Boycott, who miscued a pull shot to Bill Lawry at square leg. He took 1 for 22 from his eight overs in the 40-over match that Australia won.
Thomson rose to prominence in Victoria in the late 1960s with his unusual action confounding batters in the Sheffield Shield as well as when he played touring international sides. In January 1969, he took 11 wickets for Victoria against the West Indies Test side.
He was a key figure in Victoria’s 1969-70 Shield triumph and toured New Zealand with an Australia B side at the end of that summer alongside Greg Chappell and Dennis Lillee. Thomson, Chappell and Lillee would all make their Test debuts the following summer against England. Thomson earned his Test cap after taking 9 for 181, including 6 for 80, for Victoria in a win over England in the lead-up to the first Test.
Thomson, known as “Froggy”, finished with 184 first-class wickets in 44 matches. He worked as a primary-school teacher during his first-class and brief international career, and was also a field umpire in the Victorian Football League.
Tags: Alan Thomson, Australia, Victoria