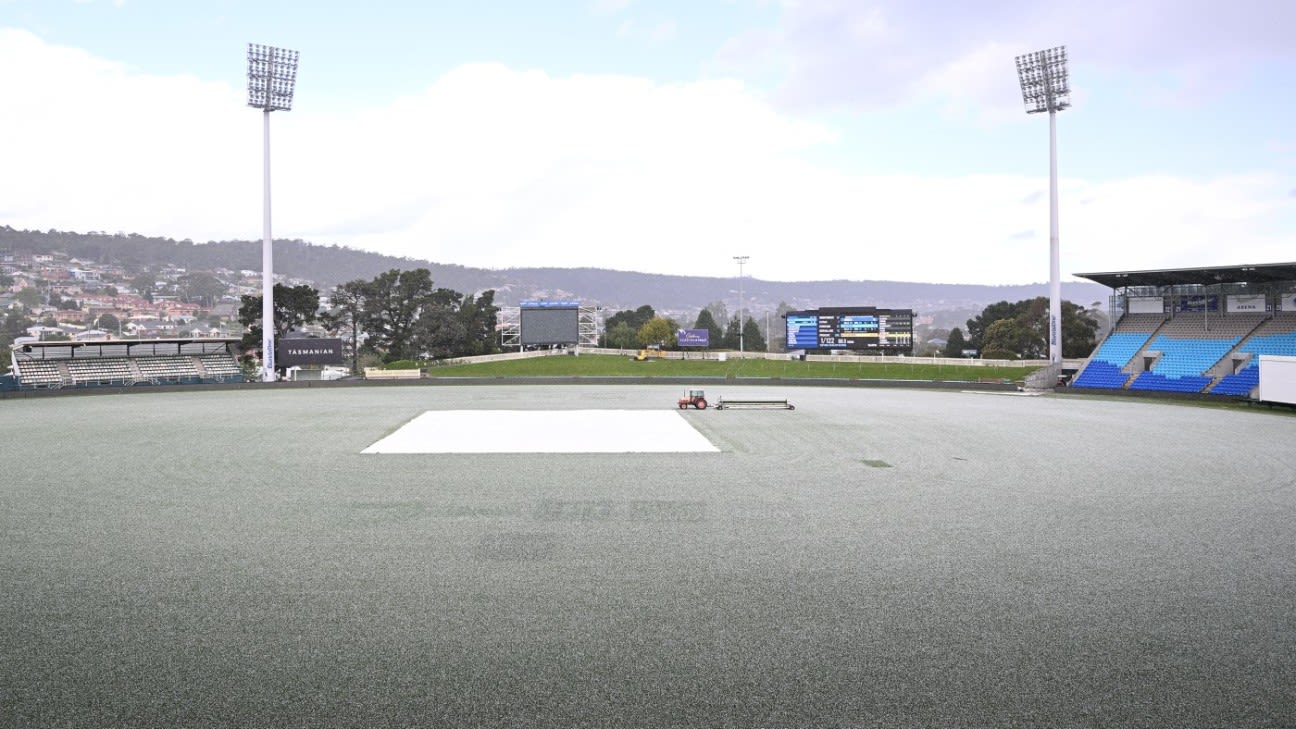 Victoria 7 for 351 dec and 1 for 122 (Dean 70*) drew with Tasmania 535 (Silk 154*, Ward 91, Freeman 57, Jewell 53, Perry 4-112)
Two Hobart hailstorms and firm resistance from Victoria’s top order have combined to deny Tasmania back-to-back Sheffield Shield wins.
After resuming at 44 for 1 on the final day and still needing another 140 to make Tasmania bat again, Victoria made clear their plan to bat through the day at Blundstone Arena.
But they needed to face just 45.5 overs, as heavy rain and hail stopped play early in the middle session with Victoria 113 for 1.
The rain eventually subsided as an early tea was called, but 12 minutes after the players returned more heavy hail hit with Victoria 122 for 1. The teams agreed to a draw.
Opener Travis Dean offered the most resistance for Victoria, soaking up 200 balls for his 70 not out.
His innings included a 50-over stand that netted 80 runs with Mitchell Perry, who was unbeaten on 31 from 159 balls.
Victoria were in the box seat after the opening two days thanks to an unbeaten century from debutant Ashley Chandrasinghe that allowed them to declare at 7-351.
But Jordan Silk’s quickfire 154 from 161 balls helped Tasmania take a mammoth 184-run first-innings lead.
That gave the Tigers a shot at a second straight win after toppling South Australia a fortnight ago, but any hopes of a win were quickly extinguished on Tuesday.
The result marks Victoria’s third straight draw to start the season after they were denied by Western Australia and South Australia in the opening rounds.
Tags: Mitchell Perry, Sheffield Shield, Tasmania, Travis Dean, Victoria, Victoria vs Tasmania