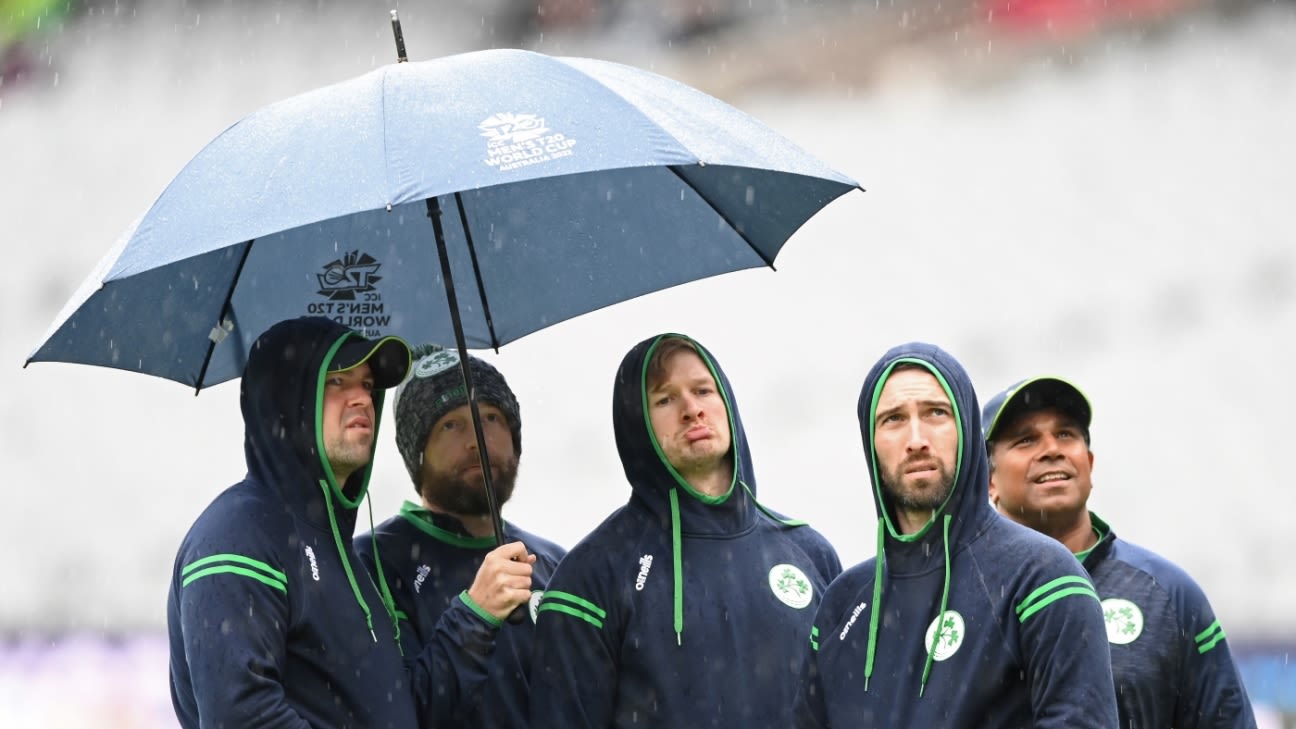 Match abandoned without a ball bowled
Afghanistan and Ireland shared the points on offer after persistent rain prevented any action – or even the toss – from taking place in their men’s T20 World Cup match at the MCG on Friday.
For Afghanistan, the result came just two days after their game against New Zealand, at the same venue, had also been abandoned.
With the point they earned today, Ireland, who had beaten England earlier, climbed up two steps to No. 2 in the group, behind New Zealand, who are on three points from two games.
Afghanistan have two points, the same as Sri Lanka, England and Australia. But all those teams have played one game fewer and also have a “W” against their names, unlike Afghanistan, who had lost to England in their first match of the tournament before the successive washouts.
It was a frustrating afternoon for all concerned. Although it wasn’t raining an hour before the scheduled start of the match, it started pouring just minutes before the scheduled toss, at 2.30pm local time. The toss was delayed as a result, and at 3pm – the scheduled start of play – the umpires announced an inspection for an hour later, by when losing overs was inevitable.
Rain remained on the radar, and while it abated for periods, raising hopes of something, another downpour around 3.30pm brought the covers back on. Then, at around 4.15pm, it was decided that an inspection would be conducted only after the rain stopped, but the abandonment was announced just 18 minutes later.
A point against Afghanistan might have boosted Ireland’s hopes of qualifying for the semi-finals, but they do have games against Australia and New Zealand lined up. They will back themselves, though, after having pulled off a tight five-run win [DLS method] against England.
Australia play England in the evening match at the MCG, with rain set to play a part there too.
Tags: Afghanistan, Afghanistan vs Ireland, ICC Men's T20 World Cup, Ireland