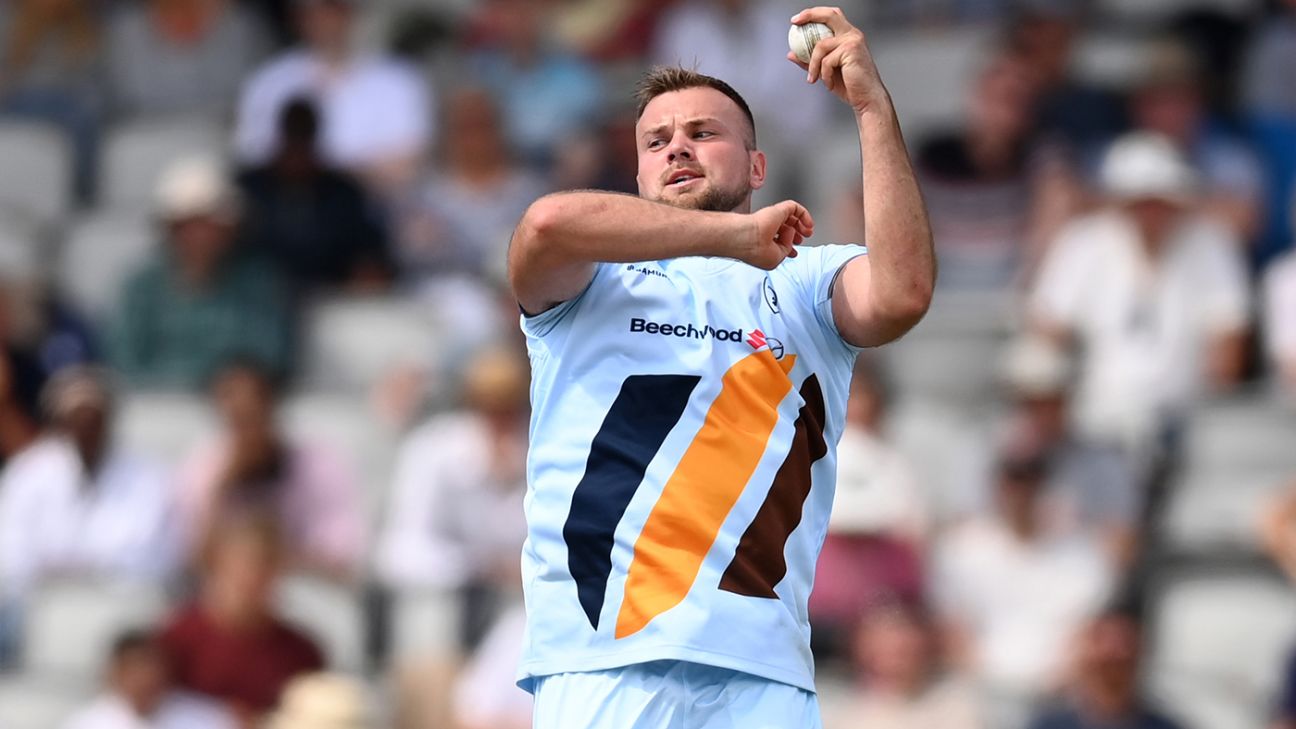 Scotland spinner Mark Watt has signed a contract to play all formats for Derbyshire during the 2023 season, either side of his international commitments.
Watt has played regularly for Derbyshire on a number of short-term deals since 2019. He was a key member of the side that reached the quarter-finals of the 2022 T20 Blast, taking 13 wickets with an economy of 8.46 – the team’s best.
He again impressed for Scotland at the T20 World Cup, taking 3 for 12 in their win over West Indies, after which he spoke about using a “cheat sheet” on batter’s strengths and weaknesses.
“Mark’s attention to detail is what makes him such an exciting cricketer, he’s always taking notes and is meticulous in his preparation for matches, that’s something which will be key for us in all formats next season,” Derbyshire’s head of cricket, Mickey Arthur, said.
“It’s that little bit of aggression and innovation which can make all the difference in big games, Mark has both of those qualities in abundance.
“He’s an international spinner who has faced some of the world’s best players, he showed at the World Cup he can trouble anyone and we’re really pleased to have Mark back with us for 2023.”
Watt also featured for Derbyshire in the Royal London Cup in 2022, as well as playing first-class cricket for first time since 2017. He has made just seven first-class appearances overall but played three times in the County Championship, taking nine wickets at 35.22.
Watt said: “I really enjoyed my time with Derbyshire in 2022, so it was an easy decision to come back for next season. You could see from the progress we made last season that we’re building something, and the opportunity to contribute for the club across all formats is something I’m really excited about.”
Tags: Derbyshire, Mark Watt, Scotland